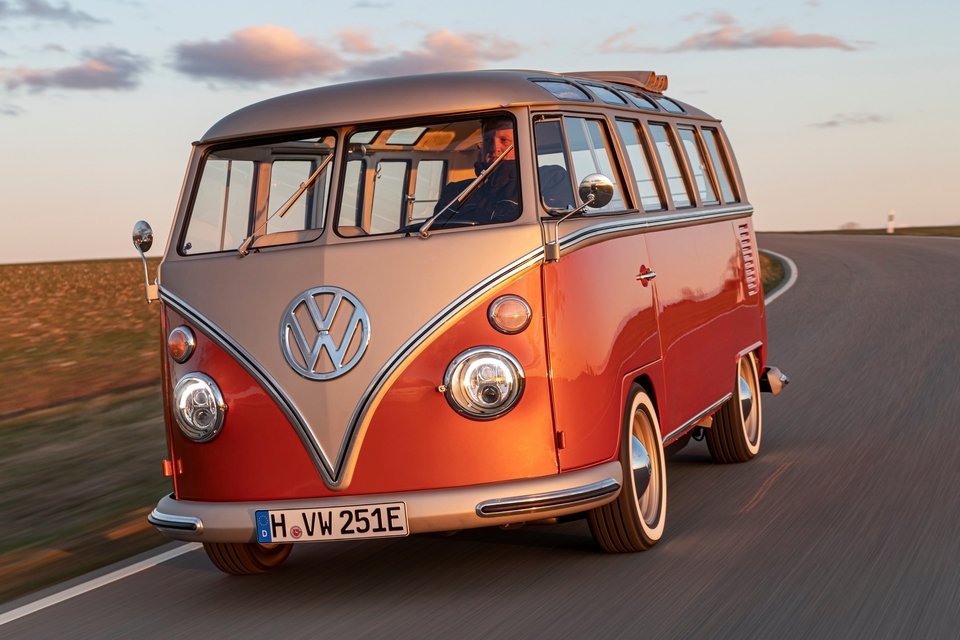 Yes, Volkswagen has not been shy about their plans to eventually build a modern EV version of the iconic Microbus. It’s exactly the kind of thing that can get people excited. Since they’re going to be taking their sweet time getting there, though, those who want their electric Microbus now could opt for the Volkswagen e-BULLI instead.

A collaboration between Volkswagen and eClassics, the vehicle is, basically, a classic VW Type 2 van that’s been restored and equipped with a modern electric powertrain. Whether you want an EV that you can use for your family excursions, an adventurer who wants to experience life on the road on a classic T1, or a weirdo who wants to bring the hippie movement back to its former glory, this thing just might be the vehicle your life has been building up towards. Or maybe not. 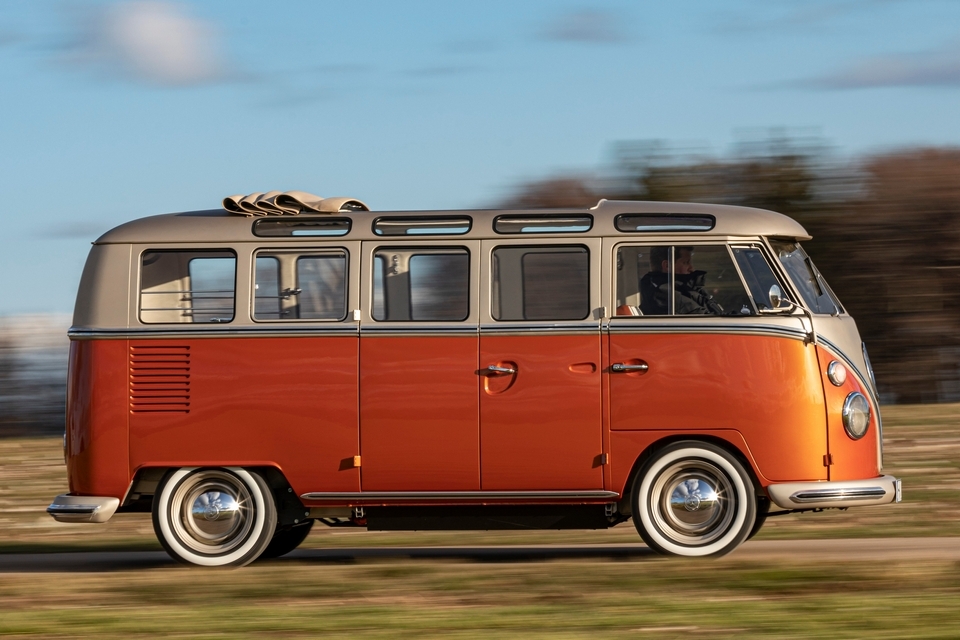 The Volkswagen e-BULLI is a first-generation 1966 T1 Transporter that’s been restored to brand new form as far as the exterior is concerned, all while getting a modern makeover underneath all that metal. Instead of the air-cooled flat-four on the original, it now runs on a 61kW electric motor that puts out 82 horsepower. We know, that sounds wimpy as heck, but that’s actually twice the muscle available on the four-cylinder boxer engine found on the original Microbus. So yeah, this thing can do everything a faithfully-restored Type 2 van can do and then some, affording it a top speed of 80 mph compared to the original’s 65 mph. 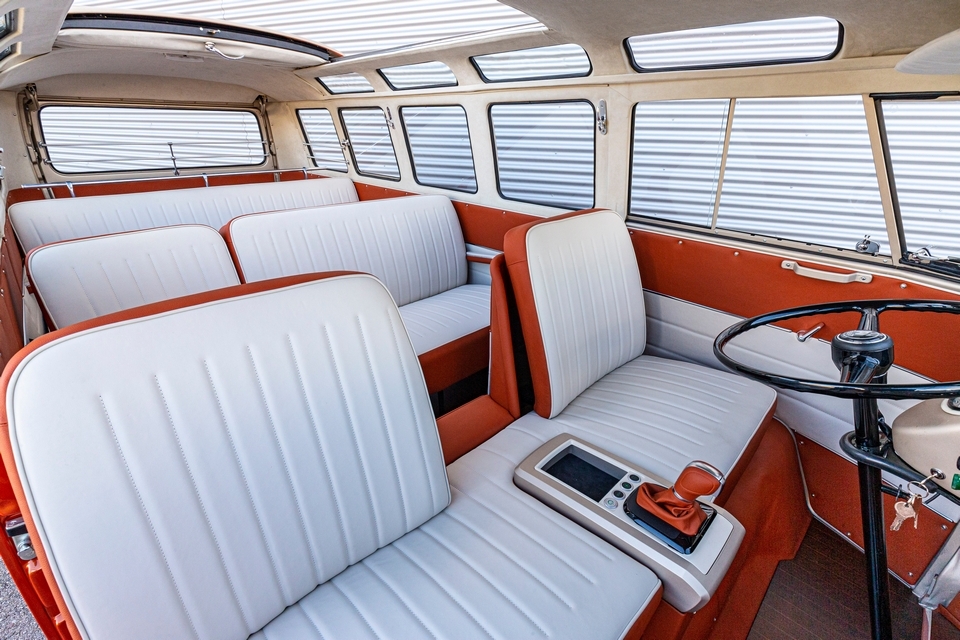 A 45-kWh battery is laid along the floor of the vehicle to help lower its center of gravity, which, the outfit claims, should improve its driving characteristics. As far as electric vehicles go, by the way, it’s not that much, so the van only has a driving range of around 120 miles, which should make it hard to use on long driving adventures, unless you meticulously plan for finding charging spots along the way. It’s able to charge using either AC or DC current, complete with support for DC fast charging, which should juice it up to 80 percent battery capacity in just 40 minutes. 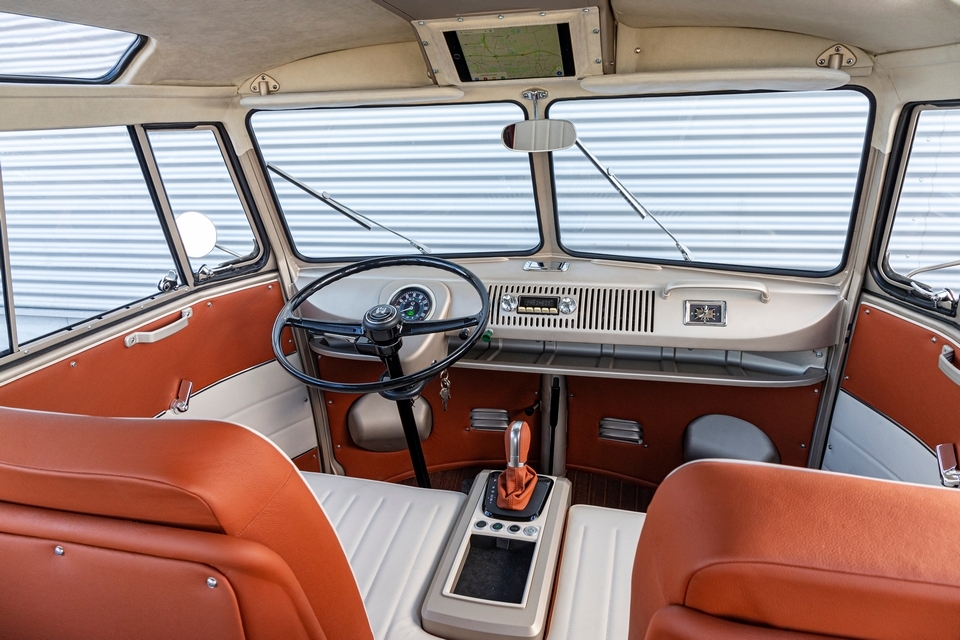 The Volkswagen e-BULLI gets new seats, wooden floors, and modern LED lighting, so it feels completely like a contemporary vehicle once you’re inside, complete with a shift lever taken straight out of a modern Volkswagen. The dashboard and steering wheel both look classic, though, which should add to the charm of driving one, although they did put a tablet, albeit one that’s positioned right above the windshield, requiring you to look up and peel your eyes off the road to check the map or read some other type of information. Oh yeah, it also has a panoramic folding section on the roof, just in case the ceiling-mounted tablet isn’t enough to make you look up multiple times during a drive. 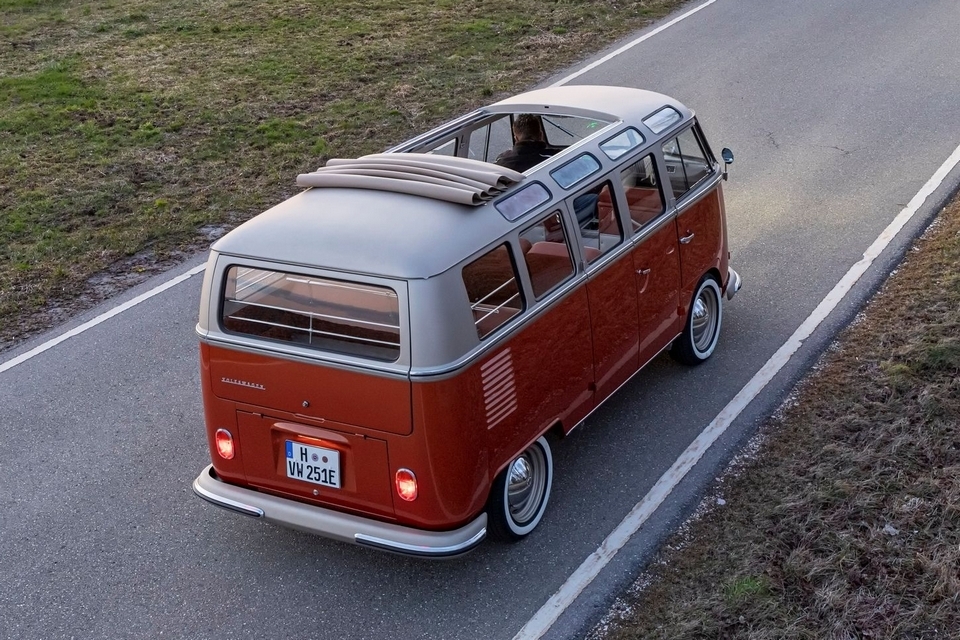 If you already have a similar 21-window T1 Samba, eClassics says they can convert it to electric power for a €64,900 charge. And if you don’t, they also offer ready-made, fully-restored, all-electric models just like the one in the photos, although they didn’t specify a price for that.