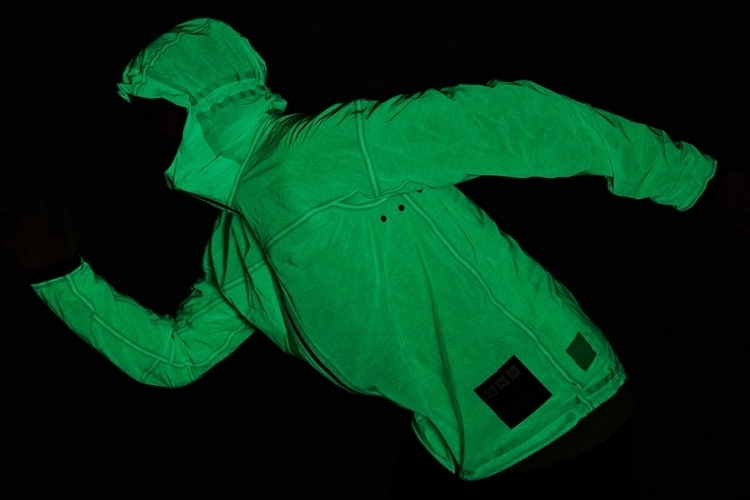 A glow-in-the-dark jacket, the garment takes the form of an unassuming gray coat when worn in broad daylight, looking no different than what you’ll normally find people wearing on chillier days. In the dark, though, the jacket won’t just glow at reinforced areas. Instead, the whole thing shines in the same color as Slimer, making your upper body look like an apparition of the “Class V Full Roaming Vapor” from the ghost-hunting franchise. 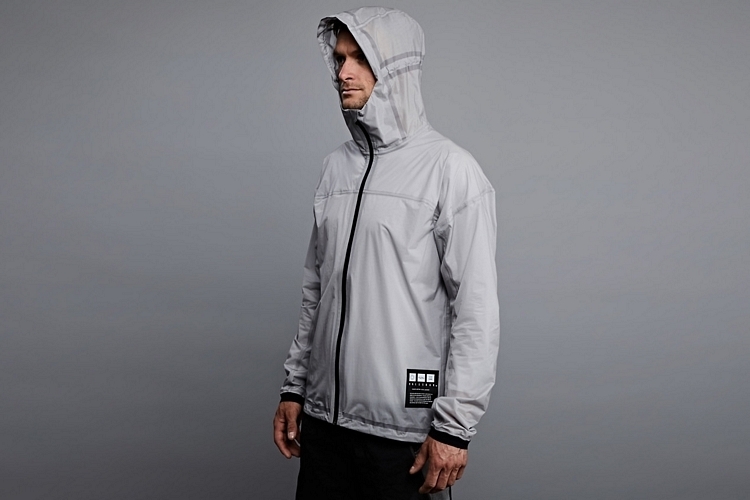 The Vollebak Solar Charged Jacket is made from a three-layer stretch fabric containing a waterproof membrane that’s been engineered with a phosphorescent compound. This gives it the ability to absorb and store light, similar to the glow-in-the-dark toys you probably played with as a kid. When worn in daylight, it absorbs the light from the sun and stores it into the fabric, which it automatically releases when you go to darker environments.

It can store up to 12 hours’ worth of light, by the way, so you can walk around pretending to be Slimer until early in the morning. In case you forget to wear it out earlier in the day, you can also “charge” the fabric using any kind of light, whether it’s the bulb on the ceiling, the headlights on the car, or the flashlight in your pocket. When drained of stored light, the jacket starts fading to a silvery green before turning to its normal grayish white state. 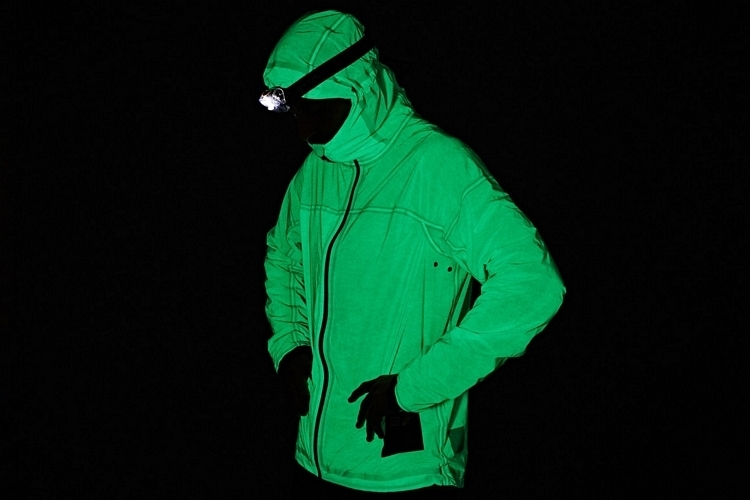 Aside from its glow-in-the-dark function, the Vollebak Solar Charged Jacket is designed to serve as a technical lightweight rain jacket, so it comes with fully-taped and waterproof seams, along with a waterproof front zipper and a concealed storm guard. It’s breathable so you won’t be sweating like crazy when parading around like an ectoplasmic being, while sporting a peaked hood, so you can have a glowing head to complete the Slimer look.

Being a technical garment, it comes with a three-way stretch that should make it perfectly suitable to wear whether you’re riding a bicycle in the city, running on a trail in the backcountry, or shooting hoops at the local court on a chilly morning. It comes with sleeves that sport an articulated bend for better movement support, too, as well as extra underarm paneling to ensure it never rips no matter how much you stretch. 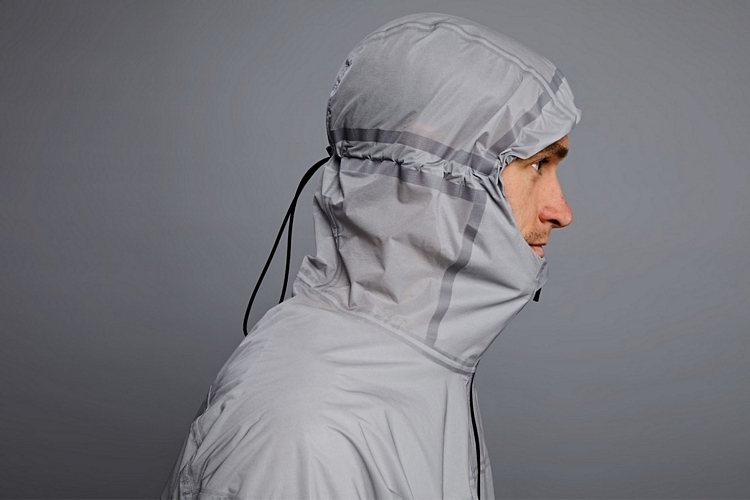 The lightweight build (it tips the scales at just 230 grams), by the way, allows the jacket to be very packable, making it possible to roll it up into a small bundle for stashing into a pouch on your backpack. Other features include elasticated drawcords, welded eyelets for additional ventilation, bonded cuffs, and a waterproof zippered pocket in the back for keeping all your valuables dry.

Available now, the Vollebak Solar Charged Jacket is priced at $350.