VonErickson Stitch And Blood Chokers Give You That Reanimated Corpse Look 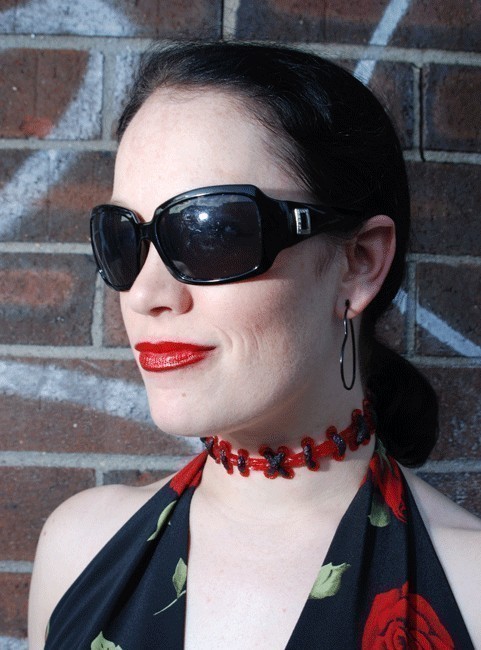 When twelve-year old girls with a Team Edward poster in their bedrooms start dressing up like a pale bloodsucker, you know that looking like a vampire has reached its saturation point. Being a vampire is officially cheesy. Looking like a corpse with your decapitated head stitched back on is still fresh, though, so turn your attention to these VonErikson Stitch and Blood Chokers instead.

Perfect for accessorizing with a 50s B-movie psychobilly vibe, the necklaces stick to your neck so well, you’ll look like you just came out of the local mad scientist’s haunt. Well, at least, the folks in the photos do. I heard you can look like that even without a special prop. You’re so cool, you’re…effortless. 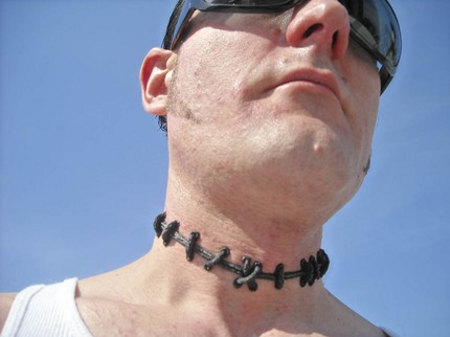 VonErikson’s Chokers come in two varieties, Stitch and Blood. The former makes it look like your neck’s been reattached with careful sewing…by a third grader; the latter makes your head appear like it’s just been reattached with glue. Either way, you look like you’ve got a cameo part in a stupid black and white movie with a budget to last you an entire day of shooting. Or a less ogrish Frankenstein, whichever you find more to your liking. 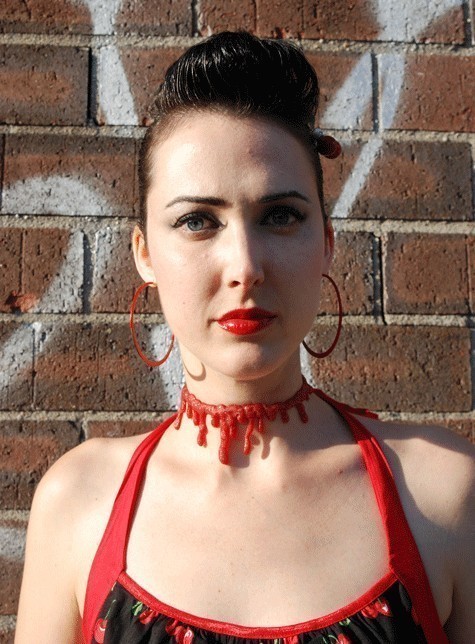 The chokers are sculpted in cast using durable vinyl and can be adjusted to fit most neck sizes. It comes in a variety of colors and touches too, from plain black “sewing rope” to ones covered in glitter. And don’t hate on glitter – if Frankenstein were alive, he’d probably doll up like Lady Gaga once in a while as well.

You can check out VonErickson’s “Original Stitch and Bloody Ghoul-ery” accessory line over at his Etsy page.