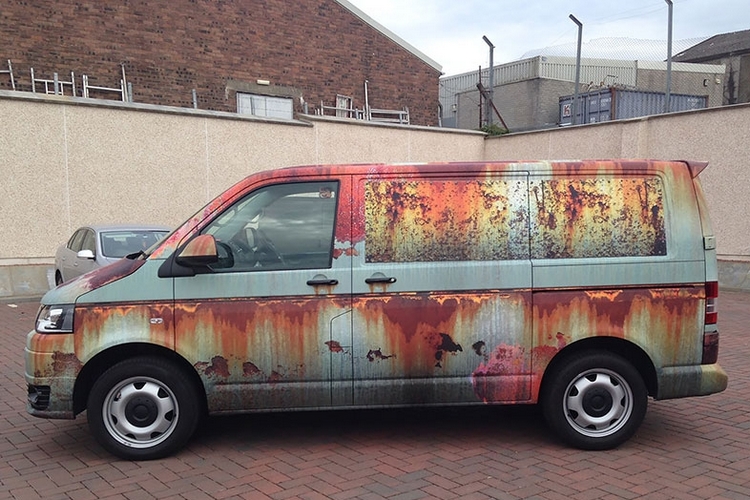 Is there a comic book character named Tetanus yet? If there is, we just found the perfect specimen for his Tetanus Mobile and it doesn’t even need any extra work done. Ladies and gentleman, meet the Volkswagen T5 Transporter Sportline that’s covered in a unique “rust-look” vinyl wrap.

Done by Clyde’s Wraps from Glasgow, the wraps are designed to make the vehicle look like an old, dilapidated, rusting hunk of junk that someone put through a flamethrower to melt every shred of paint off to make it even crappier. It’s a very realistic custom design, too – so realistic, the owner was actually flagged by cops merely three days after driving it out of the shop. Hey, at least, the van looks legitimately like the last thing a thief would try getting their hands on. 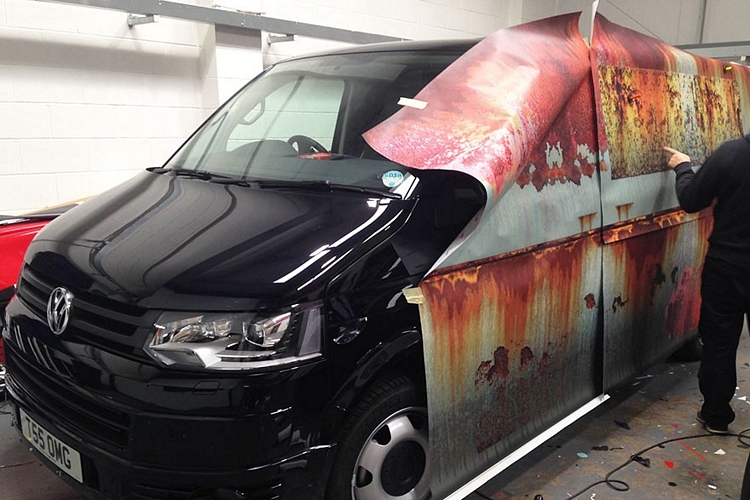 According to Clyde’s Wraps, the car was brought into their shop as a brand-new, top of the range Volkswagen T5 Transporter Sportline, which makes a great contrast to the custom wrap slapped onto it. To do the build, they took exact measurements of the entire van, allowing them to design the rust, such that it looks like they’re running down from all the right places. They even added fake metal panels that look like they’ve been riveted on top of the windows, making it look even shadier than mere rust could.   The digital rusting metal graphic is printed on vinyl, with a matte laminate to further dull the colors. 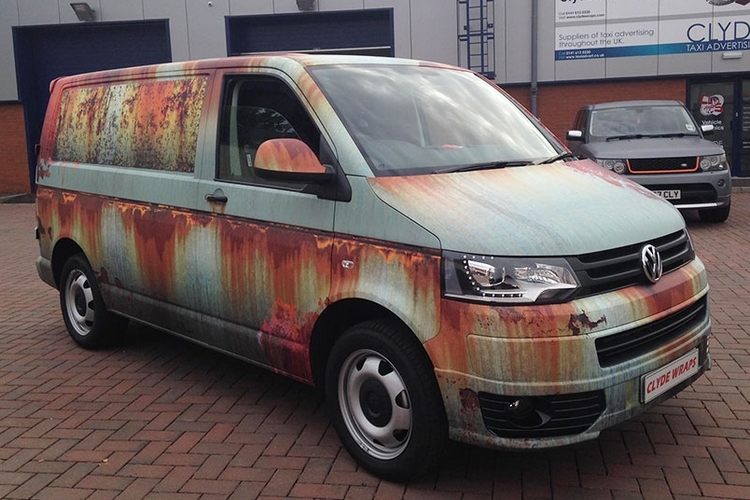 Check out the Clyde’s Wraps website for more details. 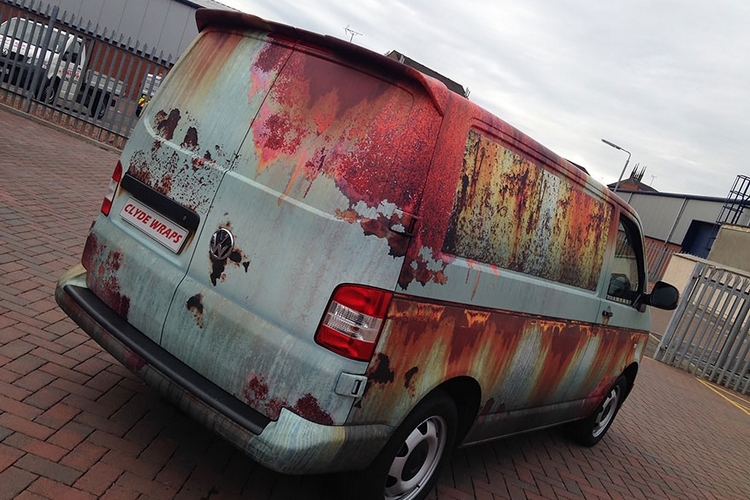