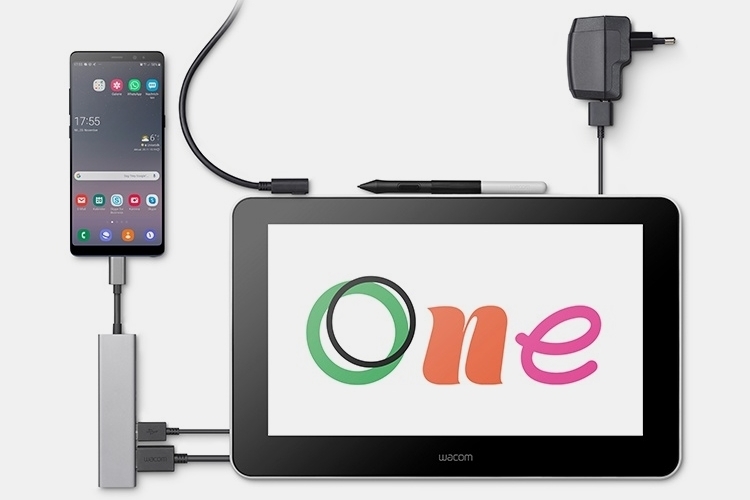 While it was far from perfect when it first released, the Apple Pencil eventually transformed the iPad Pro into a quality drawing tool – one that can rival the creative things people can do on a PC-and-drawing-tablet combo. With Apple finally getting the drawing tool right, it’s not going to be long before other tablet makers jump in on the bandwagon, effectively encroaching on a domain once limited to full-featured PCs. We’re guessing that’s the whole reason for the Wacom One, a new drawing tablet that’s compatible with Android devices.

That’s right, the same company that makes those drawing tablets nearly everyone uses on PCs just made one that you can use on mobile devices, so you can do the same creative work without investing in an expensive professional-grade workstation. It’s a great product – one that will likely see plenty of interest, especially with the current growth of drawing and illustration app offerings on mobile platforms. 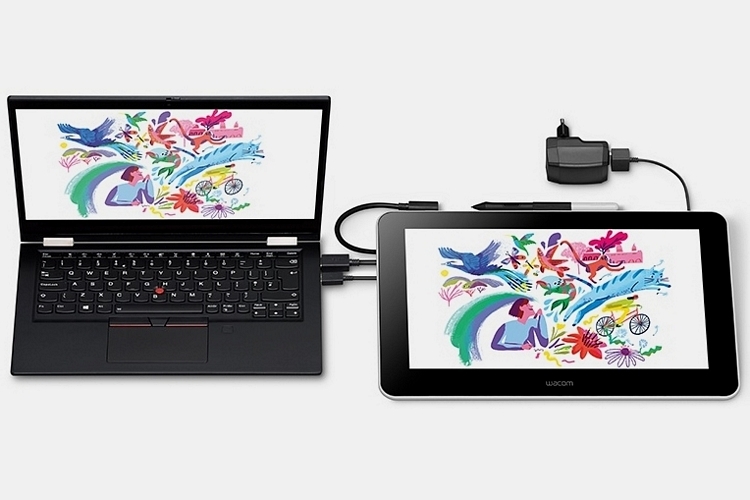 The Wacom One is a 13.3-inch drawing tablet, with its own 1920 x 1080 display, so you can draw and see your creations right on the same surface. It doesn’t have best screen, by the way, with the panel only replicating 72 percent of the NTSC color gamut, although that’s really of secondary importance, since you can fiddle with the color on the actual machine that’s connected to the tablet. Other screen details include a 170-degree viewing angle, a 26ms response time, and a 16:9 aspect ratio. When paired with the accompanying electromagnetic resonance pen, the tablet vows to give users a natural way to sketch, draw, and paint, providing an experience that, the outfit claims, feels as familiar as pen-and-paper.

This pen, which is battery-free, boasts 4,096 levels of pressure and tilt support of up to 60 degrees, which should allow for some creative pen-to-paper action, whether you’re using it as a pencil, a paintbrush, or some other writing instrument. In case you already have a preferred digital pen, the drawing tablet is also compatible with pens and styluses from other companies, such as Samsung, Staedtler, and more, so you don’t have to stop using your favorite drawing instrument. 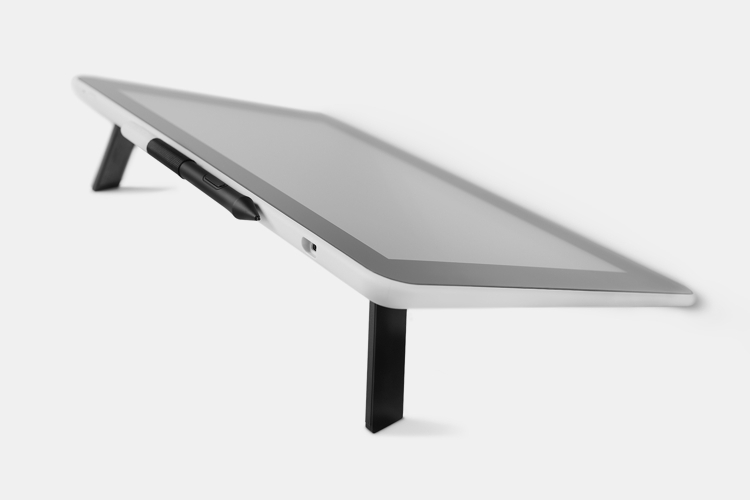 The Wacom One comes with fold-out legs on each of the top two corners, making it easy to stand on a flat surface at a tilted 19-degree angle that’s ideal for drawing. The pen, by the way, docks right at the top of the tablet, so it’s easy to keep both items together, ensuring you don’t end up forgetting your pen at home when taking the tablet on the road. We know, this doesn’t sound like the kind of drawing tablet professionals will buy into, but for students and hobbyists looking for affordable ways to hop into digital drawing, this just might be the perfect offer. 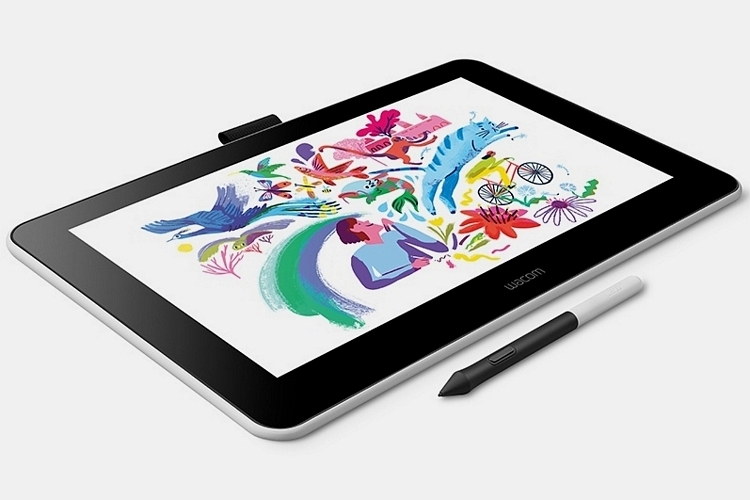 The Wacom One comes out this month, priced at $400.