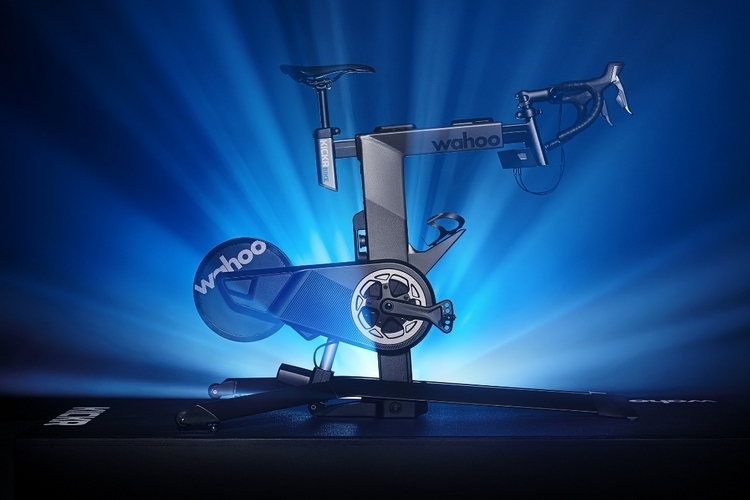 We’re big fans of Wahoo’s Kickr line of products, from the original accessory that turned any bike into a stationary bicycle to their hill and wind simulators. They’re awesome. This time around, they’re putting together everything they’ve learned in those individual accessories for indoor training into one ultimate bicycle trainer: the Wahoo Kickr BIKE.

That’s right, Wahoo just made a full-fledged stationary bike – one that you can ride indoors to get yourself a proper cycling workout. Unlike the lot of stationary bikes in the market, though, this integrates a whole lot of the indoor riding tech that the outfit has been selling over the years, allowing it to simulate real-world riding in tested and proven ways. 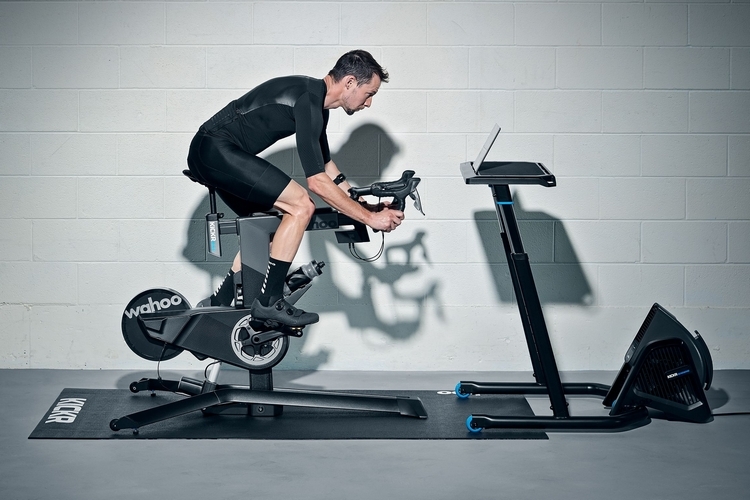 The Wahoo Kickr BIKE is designed to pair with the free Wahoo app, which will allow you to use it right off the bat after a short setup process that guides you through the bike’s five points of adjustability (e.g. seat height, handlebar distance, crank arm, and more). You can also adjust the virtual shifting tech of the bike to match the gear ratios, speed levels, cassette tooth count, and group set from leading manufacturers, such as SRAM, Campagnolo, and Shimano, allowing you to tailor the feel of the bike exactly to your preferred settings. There are physical buttons on the handlebars that let you manually adjust the gearing and grade on the integrated flywheel, with both the gearing and grade easily visible on on a small display at the right side of the frame, so you know exactly at what settings you’re riding at any time. It mostly uses standard bike parts, too, so you can replace the handlebars, saddle, or pedals with your preferred components. 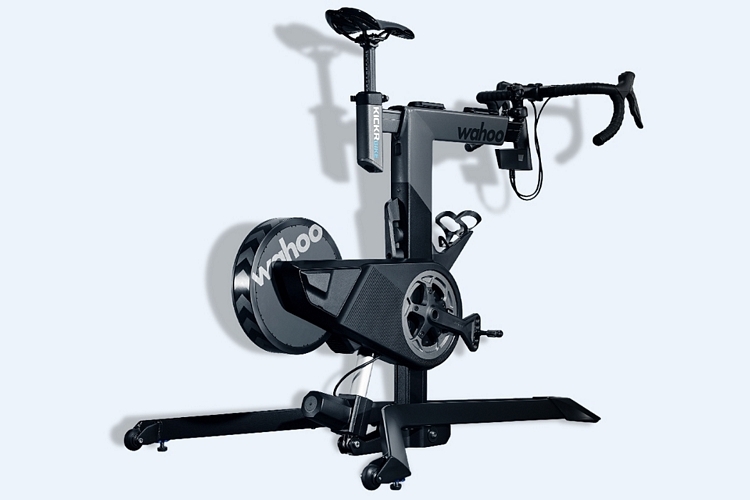 If you just want to plug in and get riding, though, the app has an ERG mode that takes over all resistance duties, automatically designing a workout based on whether you want to do interval training or general exercise, with the bike automatically logging your speed, distance, power, and cadence. More than a simple exercise bike, though, it’s equipped to provide an immersive cycling experience that mimics all the weight shifts, climbs, and even wind resistance you normally experience when riding in the outdoors. You fulfill that potential by pairing with any third party training app, such as Sufferfest, Zwift, and TrainerRoad, which the bike can interface with to accurately simulate any turns, gear changes, and grade changes on the app’s virtual trails. 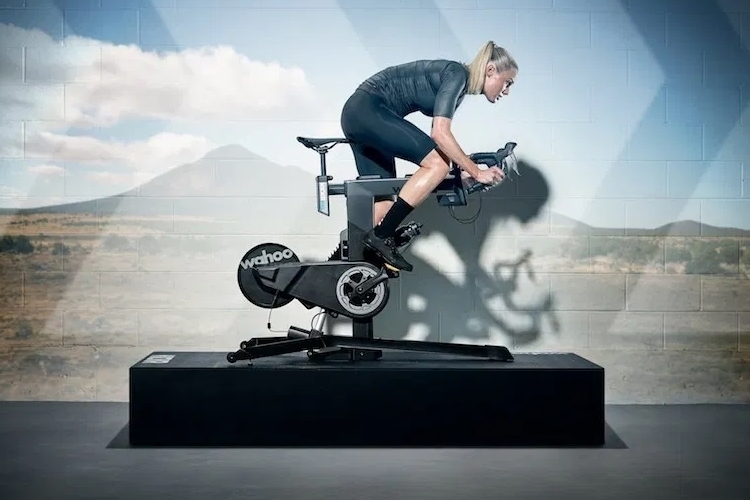 The Wahoo Kickr BIKE can recreate grade changes physically (ascents up to 20 percent and descents up to 15 percent), so the bike will tilt up when you’re climbing a hill while also adjusting resistance to make you put in more effort, along with simulated turning and braking, so you will feel like you’re actually riding on the trails being shown onscreen. Do note, the bike itself doesn’t come with any kind of LCD display, so you need to use the third-party apps with a tablet, a TV, or a laptop that you set up right in front of the bike. We recommend using a large TV to make it a really immersive experience. Other details include robust steel and aluminum construction, virtualy silent operation, ANT+ compatibility, ANT+ FE-C compatibility, and a maximum user weight of 250 pounds.