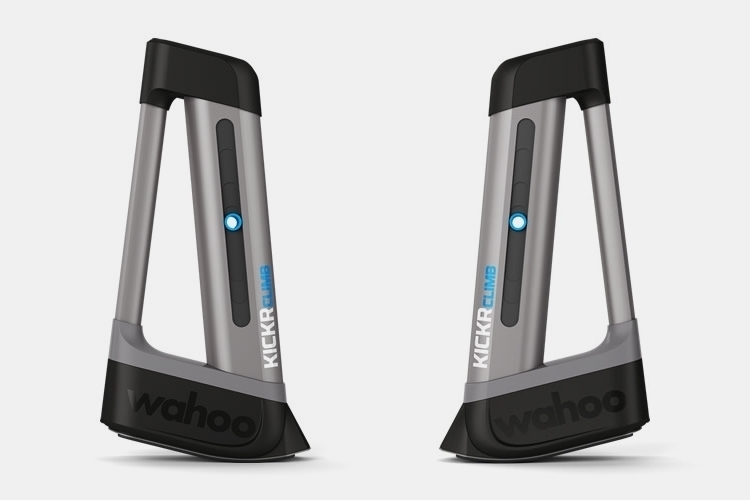 We’re big fans of Wahoo’s Kickr, which turns any regular bicycle into a connected and app-controlled stationary bike. While it comes with a facility for changing the resistance to simulate riding on inclines, it feels completely different since you’re still riding at the same leveled angle. The Wahoo Kickr Climb changes that.

Designed to replace the front wheel of your bike (the original Kickr stays in the rear), the device will raise and lower the bike’s riding angle to simulate both inclines and declines, making your indoor riding exercises feel a lot more like riding on the road. Whether you want a more immersive experience when using cycling simulators like Zwift or just want your indoor cycling to feel more like real-world riding, this thing lets you do that without any complications. 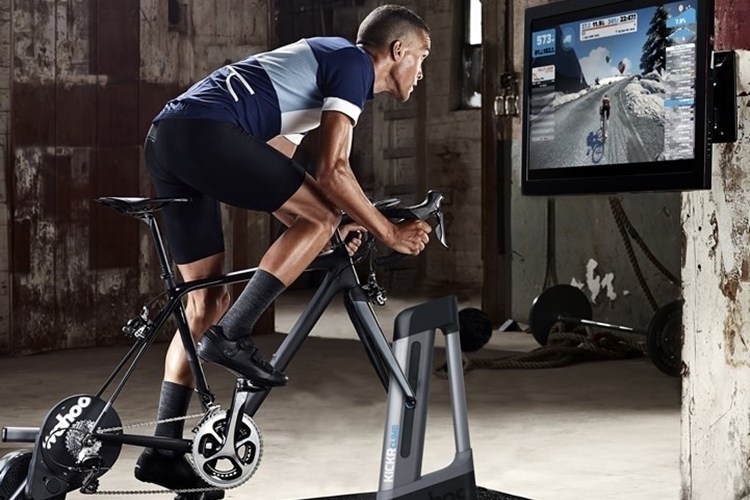 The Wahoo Kickr Climb consists of a metal frame that attaches to the bike fork in place of the front wheel, with support for QR, 12×100, 15×100, and 15×110 hubs. The connection can travel along an angled section that simulates inclines up to 20 percent and declines up to -10 percent, so you can be riding up and down on hills as much as you like with this thing in tow. To use, pair it with the rear-mounted Kickr (or the Kickr Snap), so the two can communicate and coordinate their functions. Instead of an app, you can adjust the angle using a bundled remote, with the Kickr in the rear automatically adjusting its resistance to compensate accordingly, allowing you to add a unique element to your erstwhile level-angled indoor riding workouts.

Aside from manually adjusting using the remote, it’s also compatible with third-party simulators like TrainerRoad and Zwift, allowing it to retain the coordination of function between the front and rear sections of the bike during riding simulations. As such, the resistance also increases accordingly to compensate for any incline, all while loosening up as the incline tapers down. And, yes, all the adjustments happen in real time, so you can ride through the hilliest virtual course imaginable and it will adjust everything as it happens, making for a truly immersive indoor training experience. 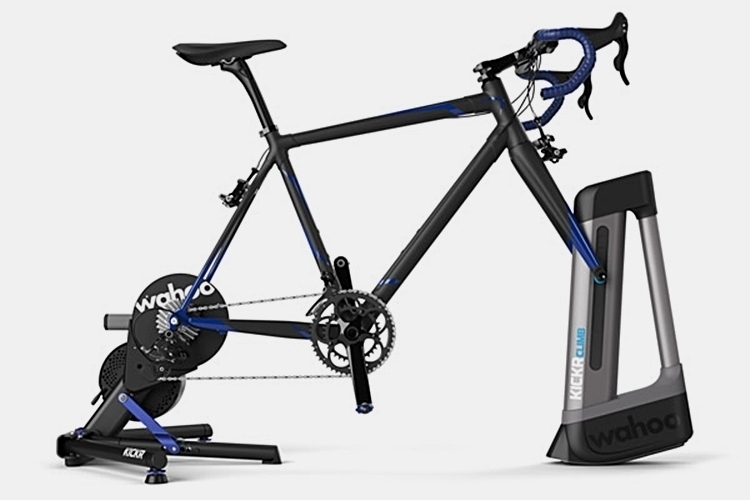 According to Wahoo, adjusting the angle using the Kickr Climb doesn’t just make the experience more immersive. Instead, it also allows users to exercise different muscles, as they can engage areas of the leg that are otherwise unused when riding at a level angle, enabling them to practice different pedaling techniques. Basically, this makes your indoor trainer a lot more suitable practice for actual riding, potentially making this a valuable tool for cyclists who are training for races and competitions.

Do note, it only works with newer versions of Wahoo’s smart trainers, so you can’t use it with older models from previous years. That means, you’ll need either the Kickr released last August or the Kickr Snap released last July if you want the front and rear sections of the bicycle to work in coordinated fashion.