Wall Of Sound: The Most Powerful iPod Speaker On The Planet? 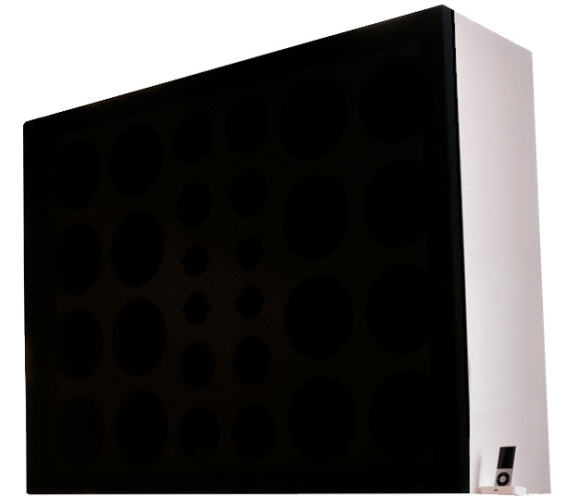 Since the contractor refused to turn your wall into an iPod dock, you can settle for the next best thing: a speaker that’s about the size of a wall.  The Wall of Sound is a large slab of audio equipment, consisting of a ridiculously huge speaker and a small iPod dock down at the base.

Touted as the most powerful iPod speaker in the world, it boasts 125 watts of maximum amplifier power, a frequency response of 40 Hz to 20,000 kHz and a sensitivity of 95 decibels.  It’s huge, it’s freaky and it probably sounds as scary as all hell breaking loose.  Heck, they’re marketing it “for people who believe that music should be listened to loudly.”  I totally expect it to break my eardrums or I’ll be seriously disappointed.

Measuring 950 x 1,250 x 300 millimeters, the Wall of Sound is bigger than most TVs in people’s homes.   It fits in 28 different elements and weighs an awfully heavy 102 kilograms – enough to crush your iPod Nano (and your toes and fingers and…) if you mistakenly put it underneath.

The device’s actual handcrafted design is pretty plain, so it’s really just a humungous box with a host of audio electronics fitted in.  If you’re this huge, though, slathering yourself up with a whole host of accoutrements is probably going overboard.  It’s not like anyone’s going to miss this thing when they walk into a room.

According to its makers, the Wall of Sound’s first production run just sold out and they’re now preparing a second batch for those who missed out.  Personally, I’m surprised, as I can’t imagine that many people actually throwing an iPod accessory this monstrous into their home, especially at the $4,495 price.  If the size and the price don’t scare you, can you imagine the shipping charges?