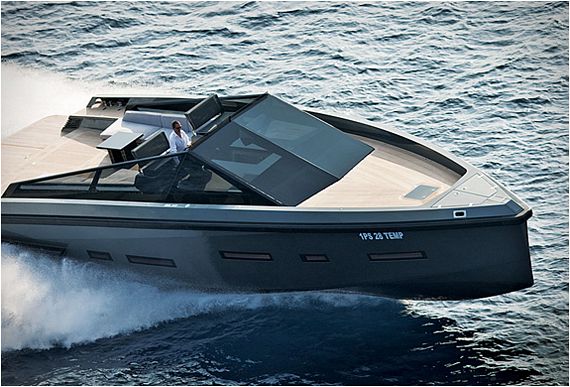 We don’t know if James Bond likes to take a yacht out during his days off.  If he does, though, we wouldn’t be surprised if it’s anything like the Wally 55, a luxury yacht styled like a giant speedboat.

Billed as “the ultimate open sports cruiser,” the yacht/powerboat hybrid brings highly aggressive, hard-edged lines that makes those expensive yachts you see in the marina look like boats for stuffy, boring people.  Seriously, this thing ‘s hull looks like it’s built for battle — so much so that throwing a few missile launchers and machine guns on there aren’t likely to appear so out of place. 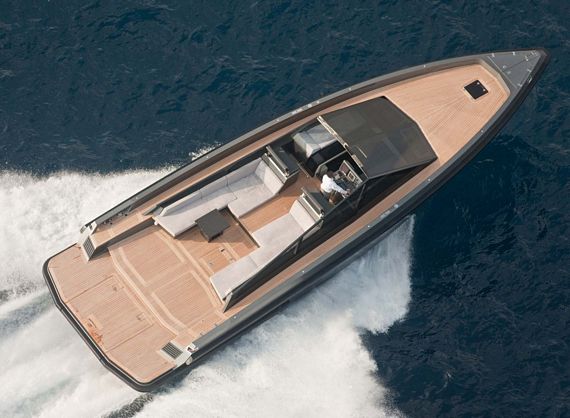 The Wally 55’s styling, of course, should be no surprise to fans of Wally Yachts, whose sailboats and powerboats have consistently veered toward the extreme edge of modern-day aesthetics and performance.  It takes on the same open top design with a huge windscreen as many of their powerboats, allowing you to enjoy the open skies while running in high speeds without the wind wreaking havoc on, pretty much, everyone on board.  What’s more exciting, though, is the power this thing packs, with four 435-hp Volvo Penta D6 diesel engines paired with four Volvo IPS 600 drives.   The result is incredible flexibility in how the thing can be operated, on top of a whopping max speed of 40 knots. 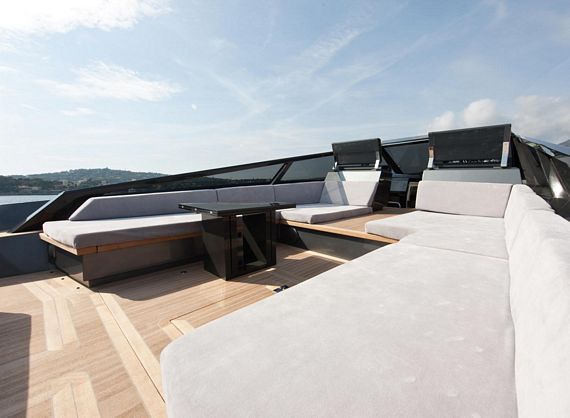 It’s sized to accommodate up to 6 people (5 guests, 1 crew) in complete luxury, although we guess you can throw in a few more, so long as they don’t mind less comfortable sleeping arrangements.  Right behind the captain’s station on the deck, you get a pair of long couches along with a dining table and other optional amenities.   Below the deck, buyers can opt for either two cabins (one full-width master cabin and one VIP cabin) or three cabins.   Each one comes standard with rapid fender connections, swim ladder, wrap around fender, entertainment systems, communication systems, a retractable anchor system, an 11KW generator, electric windlass, and joystick control. 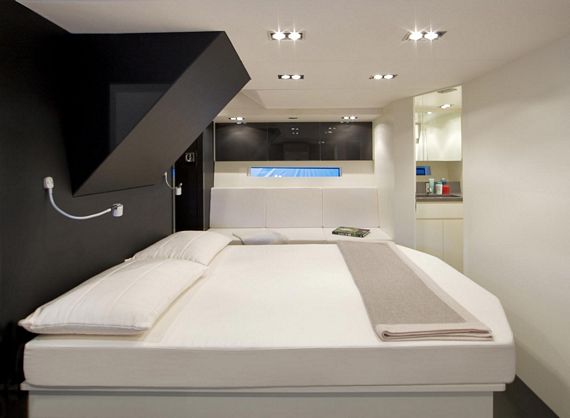 Want one?  Better be loaded.  The Wally 55 is available now, with prices starting at $2.4 million.