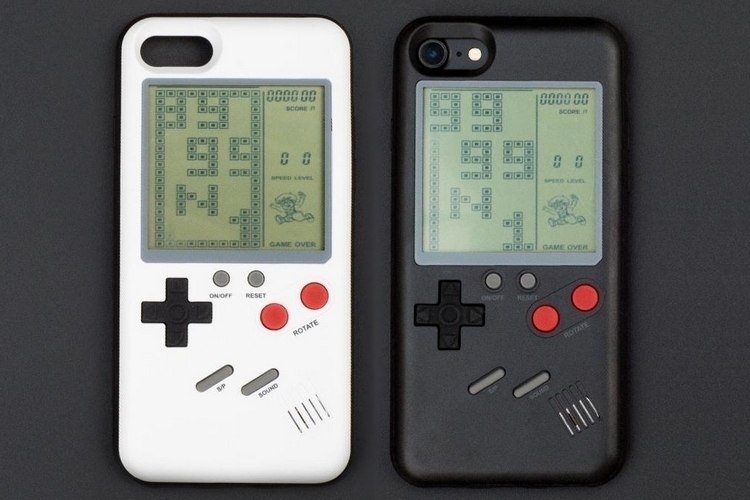 Like any iPhone case, the Wanle Gamers Console for iPhone will wrap around your smartphone, covering its back and sides for added protection against nicks and scratches. Unlike them, it’s also a functional game console with a layout reminiscent of the Game Boy from years back.

No, it won’t actually play Super Mario Land, Pokemon Red and Blue, or any of the other classic games from Nintendo’s handheld hit. Instead, it comes with similarly classic, albeit more pedestrian 2D games, reminiscent of the titles you can find on feature phones well before the smartphone changed the landscape. 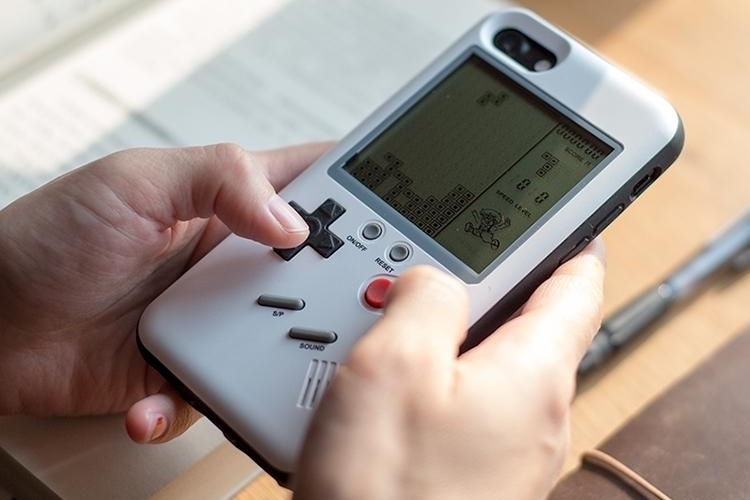 The Wanle Gamers Console for iPhone combines a large monochrome screen and a basic gamepad layout consisting of a D-pad and two action buttons. We know, it may not sound much, but that’s enough to play the kind of titles they threw into the case. A total of 10 games are included, such as Tetris, Tank, Snake, and Block, so they’re, pretty much, the kind of titles people don’t bother playing on a smartphone anymore. Which, we guess, is a good thing since everybody could use a classic time-waster when they start getting sick of staring at their phones’ full-color 1080p displays.

Yes, it’s an absolute throwback to the simpler days of gaming, back when everything was two-dimensional and characters were nothing more than shaded blocks on a screen. We’re guessing it has its own small battery (I mean, that screen shouldn’t draw too much power), although there’s no mention of it anywhere on the product page, so we have no idea how long you can keep your game of Tetris going before needing to plug in. Considering how little power it uses, we imagine any built-in battery should be enough to power it for a whole day of sneaking a game in or two before going back to whatever you’re doing. 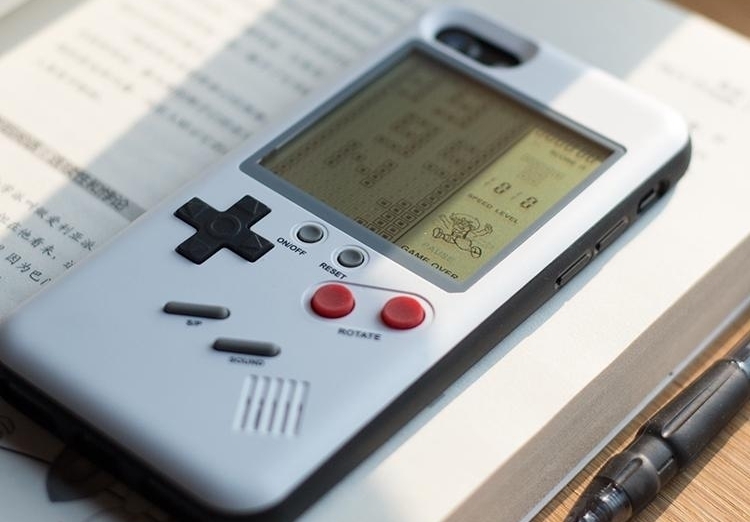 Of course, being a handheld console for traditional games is only the novelty aspect of the Wanle Gamers Console for iPhone, as its main function is still to protect your smartphone from the hazards of the world. As such, it comes with a hard plastic build that should absorb all those bumps and scratches in place of your phone, all while coming with a supposedly lightweight and slim fit that you’ll barely notice on your device. We know, it’s hard not to notice when you have a Game Boy on the back of your phone, but, other than that, you shouldn’t even know it’s there. Maybe. 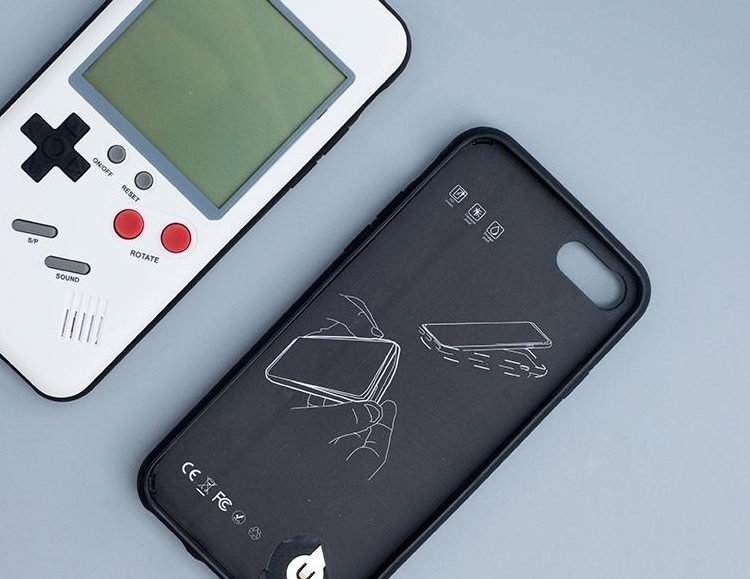 As with any proper case, it provides full access to the iPhone’s buttons, microphone, speaker, camera, Lightning port, and even the headphone jack for those models that still had them. They have cases compatible with the iPhone 6, 6S, 6 Plus, 7, 7 Plus, 8, 8 Plus, and X, so as long as you have a newer iPhone from the past couple of years, you should be able to enjoy this case as part of your future.

Want one? The Wanle Gamers Console for iPhone is available now, priced at $24.95.