Want To Make Your Own Wicked-Looking Mechanical Wooden Clock? 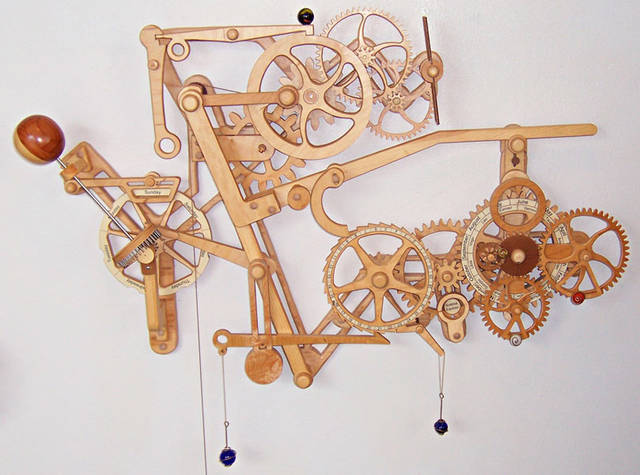 You see that complicated mass of gears and other mechanical components?  That’s supposed to be a clock – the Celestial Mechanical Calendar and Orrery, to be exact.  And according to its creator, Clayton Boyer, you don’t have to buy it to own one.  You can make an exact replica all by yourself.

Yes, the crafty woodworker behind some of the most amazing wooden clocks ever built is selling plans for many of his designs, expecting interested individuals like yourself to actually build one.   He’s incredibly optimistic about it, too, claiming that you can construct a piece with even the lowest skill level, provided you’re willing to persevere, as well as shell out for the tools and materials, of course. 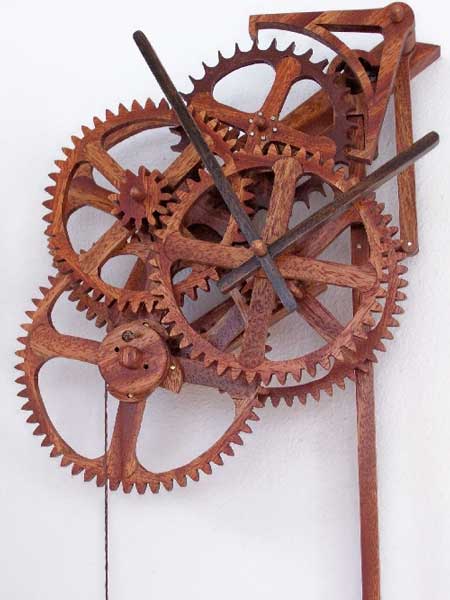 The clock design plans include full-size drawings for all the major parts.  Made to size, you can simply scissor off the designs, glue it to your wood and saw off the edges.  No scaling and no measuring – just easy-to-understand cut-outs, like in kindergarten.  Each package also includes complete instructions, along with a listing of all the needed materials. 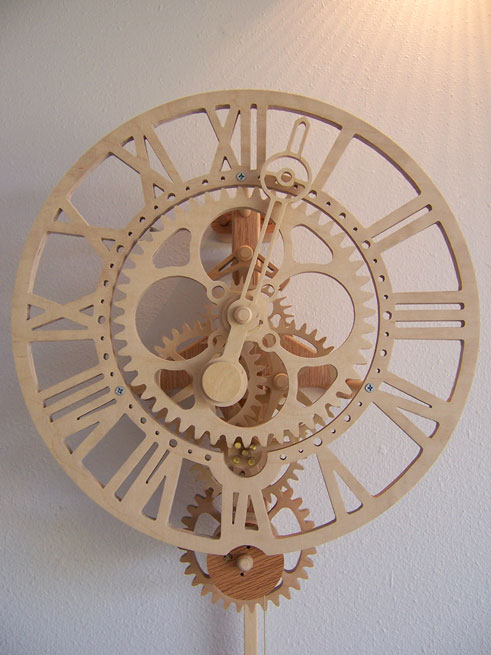 How accurate will the clocks turn out to be?  Moderately, according to Clayton.  Since the stuff is run by oversized pendulums and other mechanical contraptions, movement can vary by any number of conditions. Seriously, if you manage to build one, accurate time will probably be the last thing you’ll want to cheer about.

Prices for Clayton Boyer’s Clock Designs vary depending on complexity, but they all appear to be less than $100 (many are actually less than $50).  If you’ve been looking for a way to pass time while waiting for the end of the world in 2012, this looks like an interesting project to take on.

See some of the clocks in action on the video below.