Wavepools aren’t new. What the Kelly Slater Wave Company did with this man-made wave that the 11-time world champion surfed in the video, though, is just nothing short of next level. Sure, it’s not the largest wave you’ll ever see, but the shape, power, and length is just something unprecedented for something that doesn’t naturally happen in the ocean. Heck, depending on where you live, it’s probably better than some of the breaks you’ll find at the local surf spots.

They’re calling it the “longest, rideable open-barrel man-made wave in the world.” And, no, they’re not lying. I mean, the darn thing comes complete with a hollow tube, where Slater spends an inordinate amount of time, that just goes on and on from start to end.   Sorry, Wavegarden, but you’ve just been done one better. 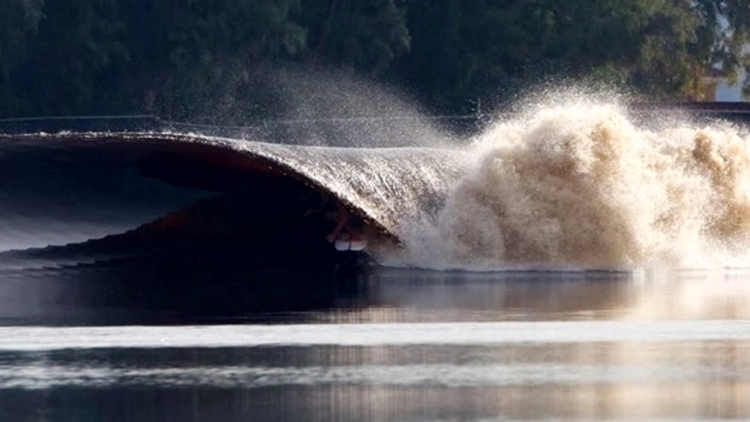 Developed over the last decade in a secret location 100 miles off the coast of California, it’s as perfect a wave as you can ask for in a man-made facility, with its beautiful barrel section, nice takeoff, and steep wall. More impressively, it runs exactly the same way throughout the entire length of the course, allowing you to style on the same wave for the entire 45-second ride. Slater provided no details for now about the actual tech and engineering behind the waves, which he’s calling their “first fully-working prototype,” although he’s promised to provide more information in the coming weeks.