A Water-Powered Radio That Installs In Your Shower 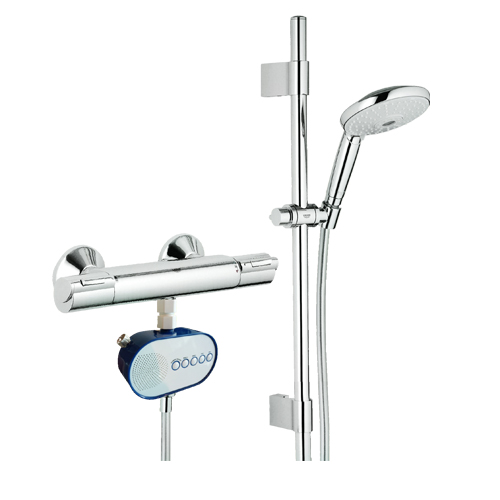 I never really felt the hankering to listen to music while I shower.  Still, I can see how having tunes while you rinse and scrub might work for some.  If you hate the whole business of having to change radio batteries or running a power cord in the bathroom, you’ll probably love this: the Water-Powered Shower Radio.

Designed to install right in the shower line, the device turns the running water into electricity, which it trickles into the onboard battery.  That way, you don’t need any additional power source to get the music cranking — just turn the shower on and the battery can start charging. 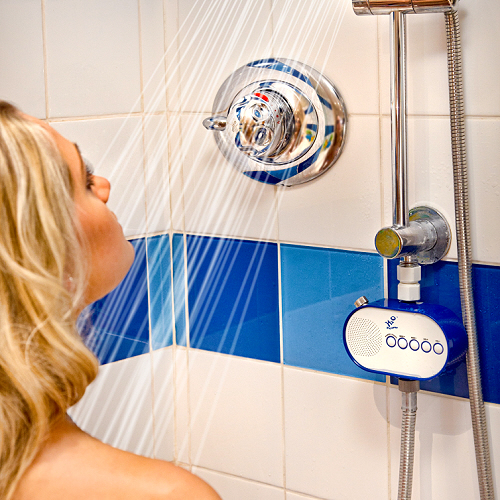 The Water-Powered Shower Radio is a small, soap-like slab that measures 131 x 74.5 x 42.5 mm and weighs 272 grams.  It installs right where your shower hose attaches, allowing the water to pass through the FM radio’s built-in generator before hopping over to the line.  According to the product page, it can set up without requiring any tools, other than the ones included in the package.

We’re not sure if you can use it with your existing shower equipment, but we don’t see any reason why not.  It does include its own shower head, though, just in case you need a spare.  Electricity output from the generator depends on water pressure, so make sure you turn the water up when the radio needs a quick hit of power.

Set to ship at the end of March, the Water-Powered Shower Radio is currently available for pre-order.  Price is £34.95.