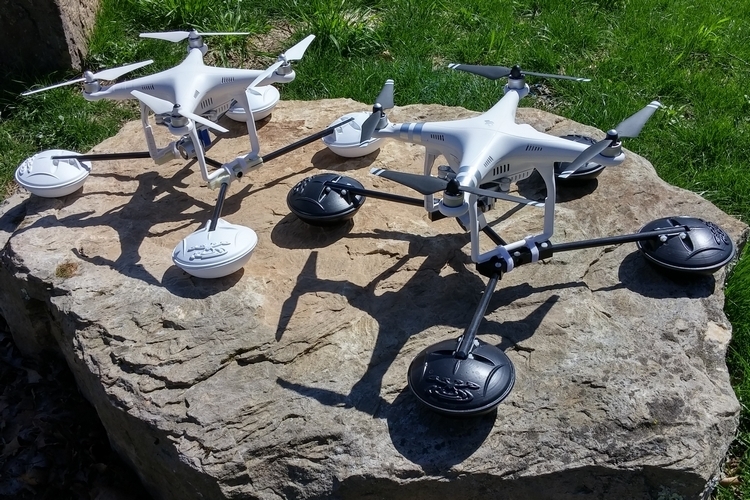 If you fly drones, then you know the deal: you need to avoid landing on bodies of water at all costs. Unless you’re flying a specialty amphibious drone, doing so will leave you with nothing but thousands of dollars in fried electronics. And while you can fortify your drone by adding DIY floaters on their feet, we have a feeling just using the WaterStrider will go a lot more smoothly.

Made by DroneRafts, it’s a set of legs and pods that attach to a drone’s feet, allowing it to stay afloat when landing on water without getting the camera soaked. That way, you don’t have to worry about having to make emergency landings while flying over a lake – with these pods installed, your drone can safely land on lakes, streams, and other bodies of water. 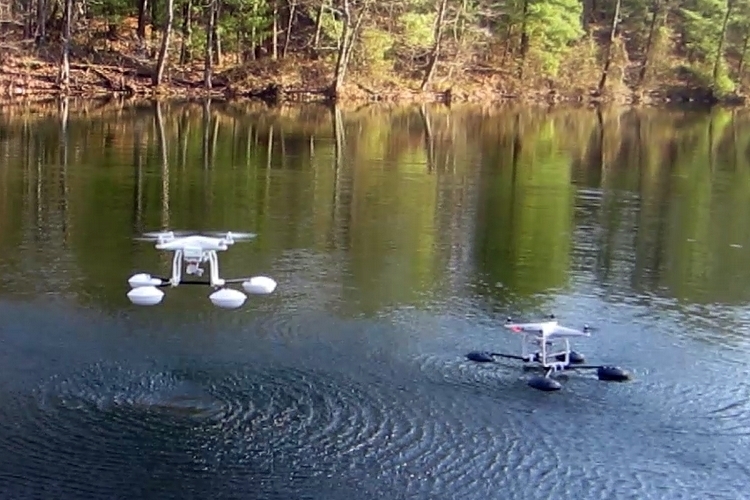 Aside from landing on water, the WaterStrider also allows the drone to safely land on rocks and slopes without sliding, minimizing the chances you’ll encounter any issues during landing. Oh yeah, you can also take off from water with the pods on, making for a genuinely handy addition to your drone photography arsenal. Because of the placement of the legs and pods, they never get in the way of the camera’s field of view, so you don’t have to make any adjustments to your aerial camerawork.  They do add a little weight, though, tipping the scales at 0.7 pounds, but DroneRafts claim it will have no adverse effects on the drone’s flight capabilities. 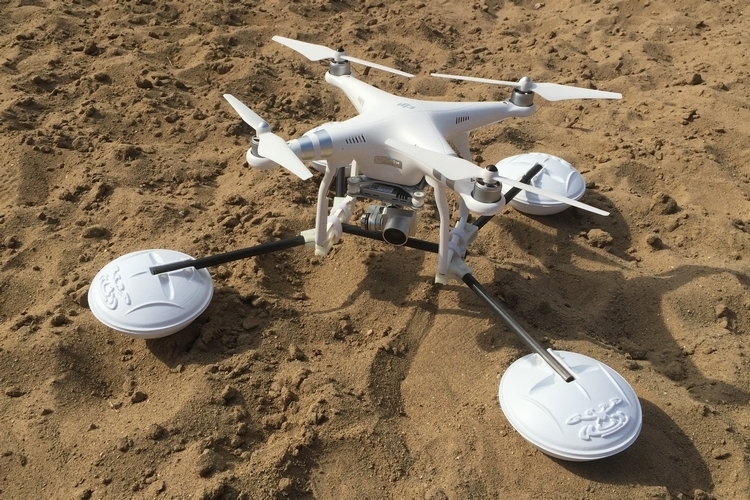 Do note, the current version of WaterStrider is only designed to work for the DJI Phantom 3, with future versions planned, depending on interest. A Kickstarter campaign is currently running to fund it, with pledges to reserve a set starting at $179.