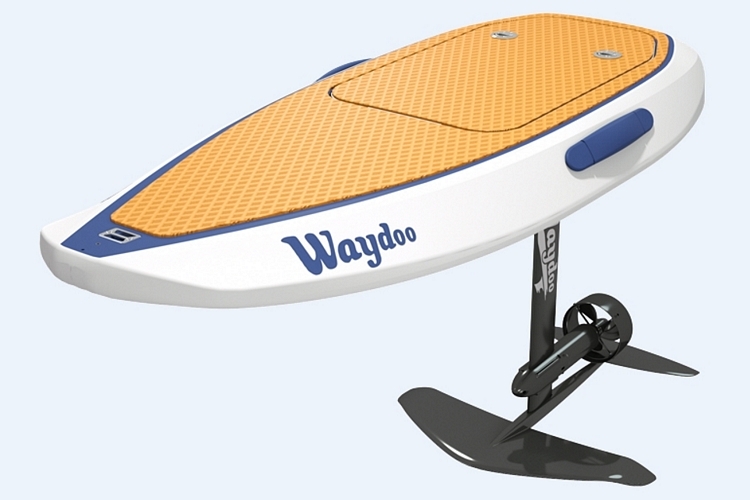 Yes, motorized surfboards with built-in hydrofoils are now a thing, allowing folks to feel like they’re floating on air while zipping their way around the water. Problem is, the darn things are expensive, with the more affordable ones retailing for around $12,000. The Waydoo Flyer offers a more accessible alternative.

Like regular electric surfboards, this watersports gear uses a built-in motor to propel you on the water, allowing you to move around without the need for wind or waves. Unlike them, it comes with a hydrofoil mounted at the tail end of the deck’s bottom, allowing you to ride a few inches above the water, just like you’re gliding through the air. 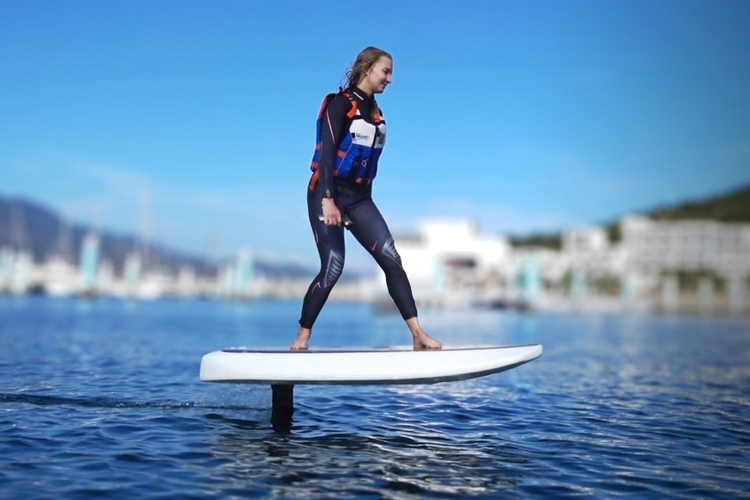 The Waydoo Flyer consists of a board measuring 71 inches long, so this is a bit shorter than a traditional surfboard, although the motorized powertrain and bulky build allows it to support riders up to 265 pounds. It can collapse into two pieces for easier transport, although it is still pretty big (and reasonably hefty at 66 pounds), so you’ll have to put in some effort carrying it from the car to the water and back. At the size, there’s a good chance it won’t fit in the boot of smaller cars, so you might need a slightly bigger vehicle if you’re going to bring this along.

A 6,000-watt brushless motor powers the board in the water, allowing it to run at top speeds of 22 mph (although actual top speeds will vary based on rider weight), while the onboard 18,650mAh battery allows it to keep moving for up to 60 minutes between charges (a LED light will flash constantly when the battery drops down to 20 percent or less). We don’t know if the battery is swappable (it probably is), but if it isn’t, you’ll have to plug in for around two hours to fill it back up with a full load of juice. We know, that’s quite a long time to just be waiting out in shore, although that could be your cue to take the kayak or the paddleboard out for the next couple of hours instead. 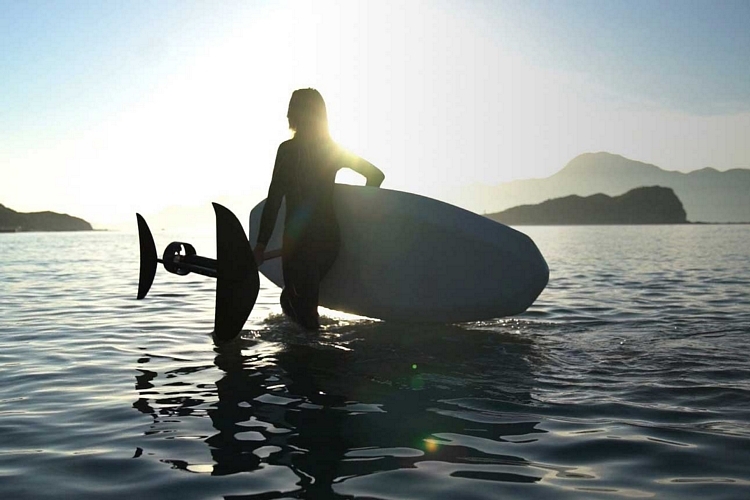 The Waydoo Flyer is operated using a handheld Bluetooth remote, where you can easily adjust both speed and height on the fly, with the remote automatically shutting down the motor when it detects that a rider has fallen off the board, so you won’t have to spend any time swimming after the board. Construction is carbon fiber for the board, so it’s both tough and lightweight, with a textured wooden deck making it very resistant to slipping. Handles on the sides make it a bit more manageable to carry, while a removable rope gives novice riders something to grab onto while gliding over the water.  And since everyone’s filming their adventures nowadays, they even threw in a quick-release camera mount that’s compatible with GoPros out of the box. 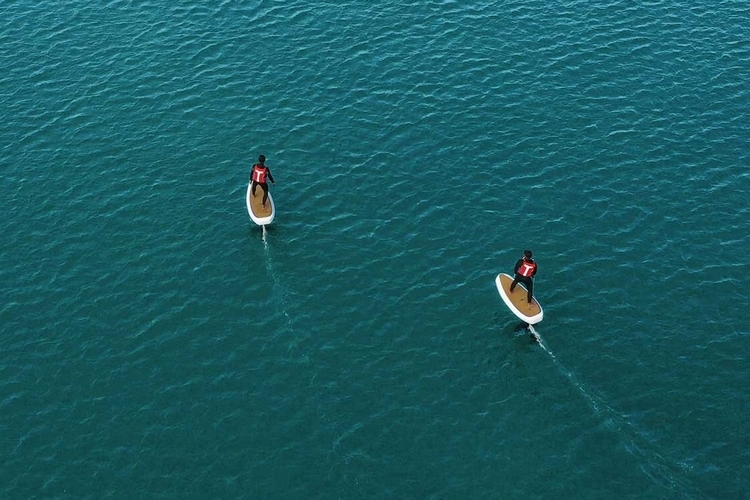 Want one? The Waydoo Flyer is scheduled for availability in March, priced at $7,999. It makes its public debut at CES this week, in case you’re curious to see it in person.