Vents On The Canopy Allow These Umbrellas To Resist Strong Winds 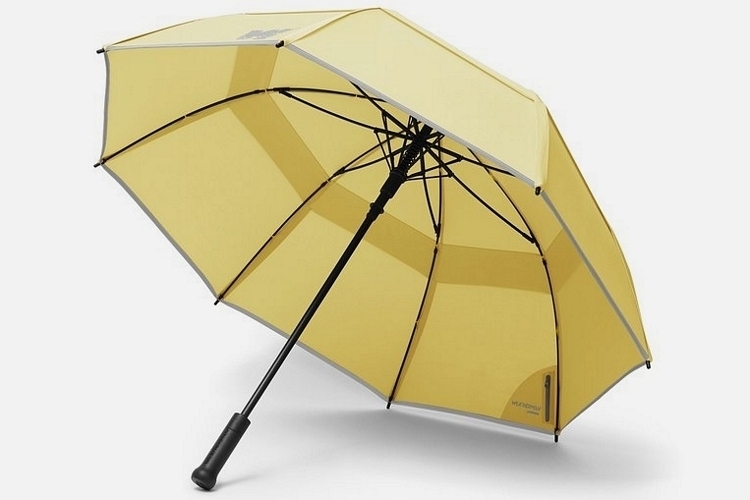 We’re big fans of Senz umbrellas, those umbrellas with non-symmetrical canopies that boast the ability to stand winds of up to 70 mph.  Yes, it’s awesome. Problem is, the non-round canopy can make it a little difficult to use. If you want something that’s equally storm-proof while bearing a more conventional styling, you might want to check out the Weatherman Umbrellas.

Designed by a meteorologist, the umbrella looks like your regular rainy day accessory with a circular canopy, so you don’t have to adjust the way you shield yourself from the rain. Simply put, you can use this like any regular umbrella, all while performing in a way that traditional umbrellas just can’t match. 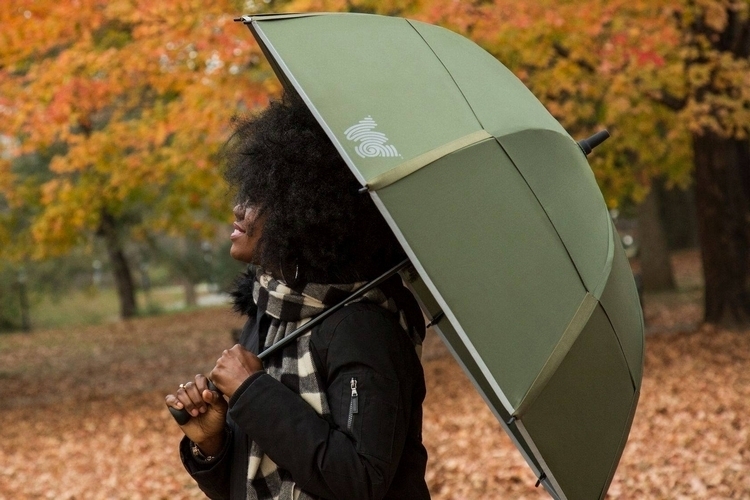 Weatherman Umbrellas make two types of umbrellas: a traditional stick umbrella and a collapsible one. The former measures 27.5 inches long when closed, while the latter folds down to a length of 19.5 inches. When opened, the former has a canopy measuring 44 inches in diameter, while the latter has one measuring 42 inches, so the stick has just a couple of inches larger shade than the collapsible model. Aside from the overall length and canopy size, every other element of the two models are exactly the same. Both umbrellas, for instance, automatically open at the push of a button, although you’ll have to fold it manually during closing.

Construction is industrial-strength fiberglass for the pole and the ribs, allowing it to resist breaking when going up against the force of strong winds. Integrated vents in the canopy allow wind to pass through without inverting the umbrella, ensuring you can make your way through a storm, no matter which direction the wind is blowing. Because of the vents, the umbrella isn’t likely to fly off your hand even when the wind is coming from beneath you. According to the outfit, their umbrellas can withstand strong winds up to 55 mph, ensuring you can break it out in the middle of inclement weather without running into problems as you would with traditional umbrellas. 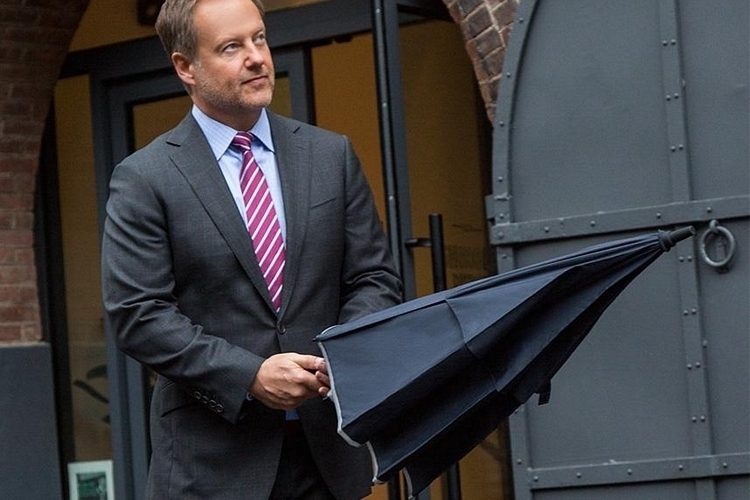 Weatherman Umbrellas have canopies made with a Teflon-reinforced fabric, allowing it to repel water even during the most torrential downpours. We’re particularly big fans of the canopy’s shape, which comes with a generous amount of cover on the sides, making it just a little bit more effective at shutting out water, which tend to come from the sides during windy conditions. Suffice to say, this offers your best shot at staying dry even during the most inclement weather. 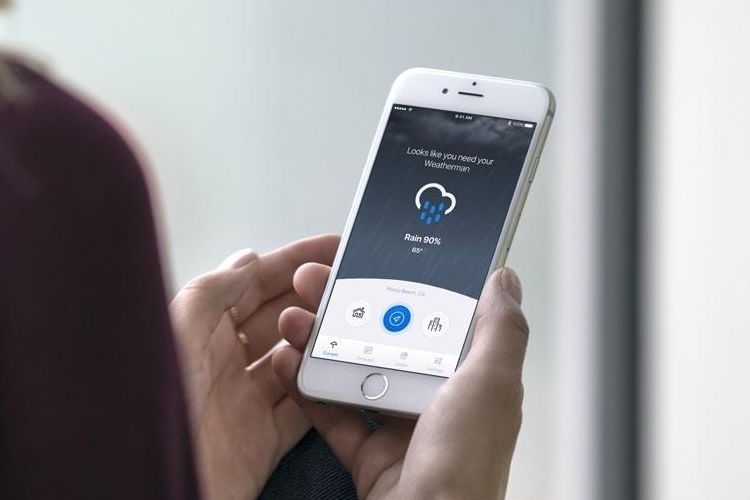 Since these are connected times, the umbrella comes with integrated Bluetooth, allowing you to check its location in your house via the companion app (iOS only). That should be useful for those times you’re not quite sure where you tucked it in last night. The same app also provides daily weather forecasts, all while providing notifications when the weather forecast indicates it might rain and it detects you leaving the house without the umbrella.

Pricing for the Weather Umbrellas is set at $59 for the collapsible model and $65 for the stick version.