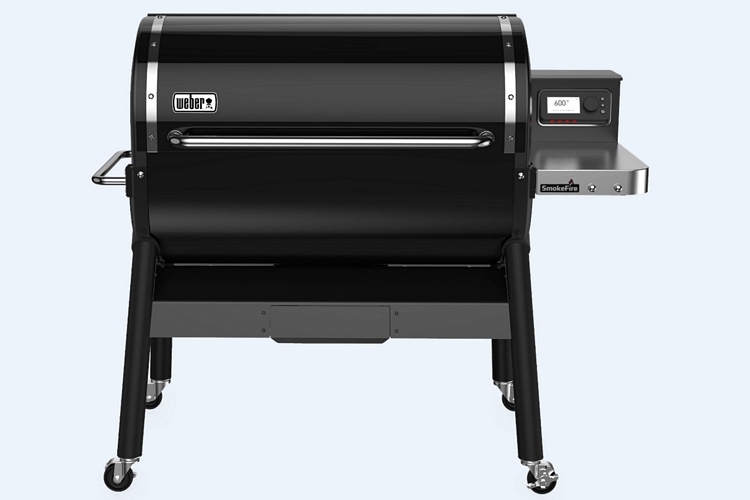 Remember June, that intelligent oven that can identify what you want to cook based on the ingredients you put in and make its own settings? Apparently, it works so well that Weber decided to integrate its AI into their own grills in the form of the Weber Smokefire.

No, the grill won’t quite cook hundreds of dishes like June’s countertop ovens. Instead, it’s just like any grill that you can use to roast, sear, and smoke a variety of food items. Except, you know, there’s an AI onboard that can help fine-tune your settings, monitor the food, and even alert you when the food is done. 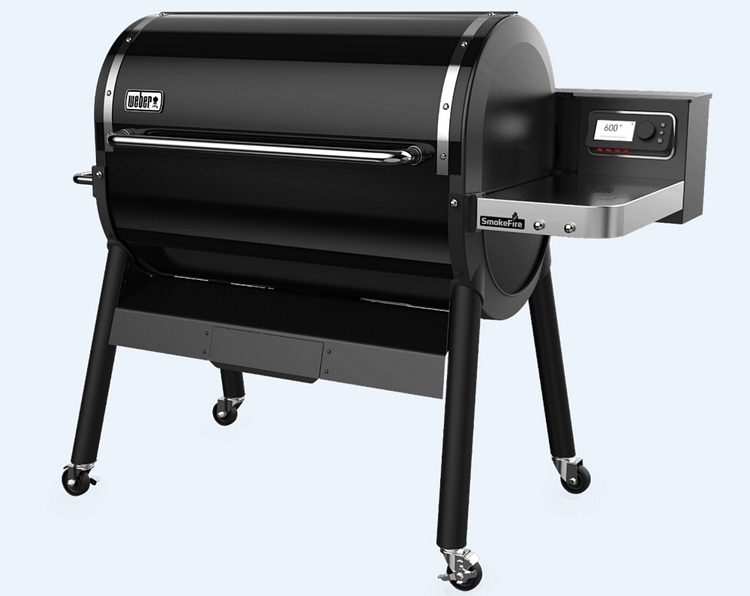 The Weber Smokefire looks like any backyard grill, with its barrel-shaped body, slide-up lid, and work top on the right side for food preparation. A small display panel with a large knob sit at the end of that work top, allowing you to adjust temperature and cooking time for manual control of the cooking process. It uses wood pellet for fuel, which you feed into the grill via the hopper around the back, with the grill able to hold all the contents of a single 20-pound bag (it has a 22-pound capacity). According to Weber, the hopper uses a gravity-fed system that both reduces the chances of a jam and expedites the pre-heating process.

It boasts the outfit’s “Responsive Incline Drive” engine, which heats the cooking area quickly and efficiently, allowing it to efficiently cook at temperatures between 200 and 600 degrees Fahrenheit. This allows it to be used for a versatile range of dishes, including low-and-slow barbecue and pizza on top of the regular grilling functions. According to the outfit, it will also come with a Smoke Boost option, which will make the pellets smolder, causing them to infuse more wood smoke flavor into the food. 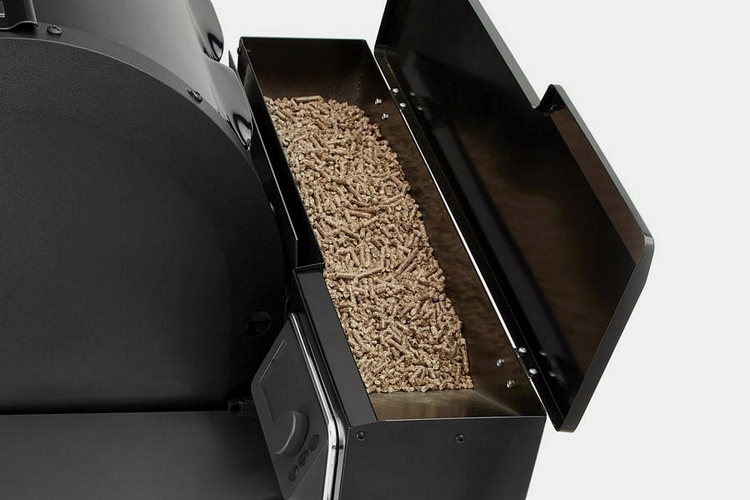 The Weber Smokefire’s biggest difference from the outfit’s other grills, of course, is the inclusion of JuneOS, the software from the smart oven maker. Designed for use with the Weber Connect app, the system can walk you through every step of grilling, from setup and prep to the actual cooking. It can even provide estimated cooking times, so you know exactly how long you’ll have to wait before the food is ready, allowing you to finish that half-watched episode of Survivor on the DVR before going back to the backyard. 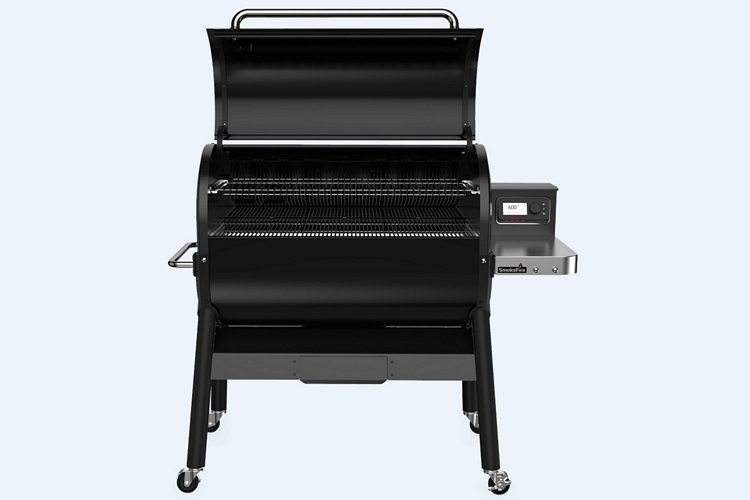 It comes with a single meat probe, although the grill can actually handle up to four, so you can more closely monitor everything cooking on the grates. Other features include dual grilling surfaces with plated steel cooking grates, a porcelain enamel heat distribution plate, a rear vent system, four swivel casters (with two able to lock), tool hooks on the left side, an easy-to-clean ash and grease drawer, and a heavy-duty steel frame. It comes in two models, EX4 and EX6, with the former getting 672 square inches of cooking surface and the latter getting 1,008 square inches.

The Weber Smokefire will come out in December, priced starting at $999.