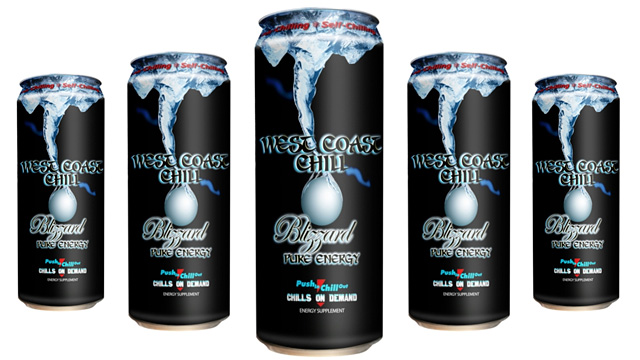 Over a decade ago, Pepsi was all set to release self-chilling cans of soda to the masses.  Until it was discovered that the refrigerant used to cool the soda without the aid of a fridge contributed to rising greenhouse gases.  Turns out the third-party making those cans didn’t give up and continued their search for less-destructive ways of making soda even more convenient.  The company thinks they now have the technology down pat and are releasing their own line of “chill on demand” energy drinks, called the West Coast Chill, to herald its arrival.

Made by Joseph Company International, they’re calling the actual drink container a Chill Can, with its cooling system billed as Micro-Cool.  They’re using the energy drink as a showcase for the technology, which could definitely end up as an industry standard if it lives up to the claims.  According to the creators, not only can it cool on demand, but the activated carbon and carbon dioxide it uses will be harmless to the environment.

Because it uses the Chill Can, the West Coast Chill need not be refrigerated before drinking.  In fact, you can pick it up right off the shelf or pull it out of your backpack where it’s been the last two days — just turn the can upside down, press a button on the can until it locks down and wait till the hissing sound ends.  After that, turn it back up, pull the tab, and enjoy your automatically chilled beverage.

West Coast Chill itself is, pretty much, your standard energy-boosting fare, with taurene, ginseng extract, guarana and all the usual ingredients.  It’s supposed to drop in stores real soon, priced at $3 a can.