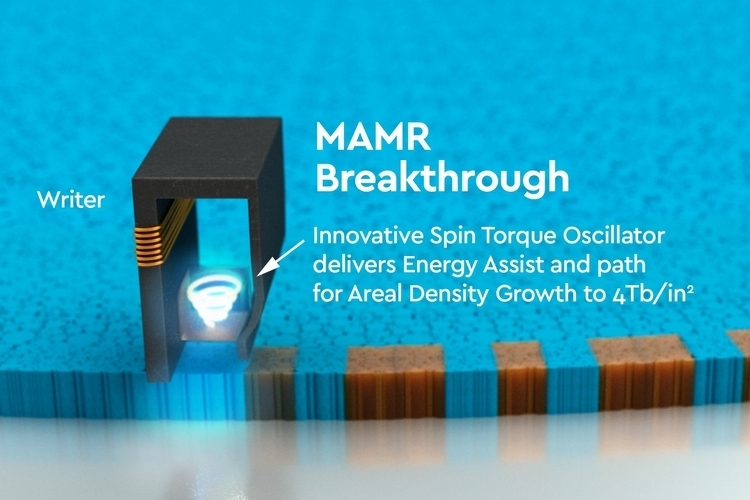 While SSDs have become the preferred storage media for a lot of people, disks continue to remain relevant for one reason: they enable larger storage capacities. And in our current climate of 4K videos and VR content, that’s crucial. Western Digital believes disks will remain the primary media going forward as well, especially with the advent of their MAMR Hard Drives.

The Western Digital MAMR Hard Drive uses a “spin torque oscillator” to generate a microwave field that increases the ability to record data at high densities without sacrificing reliability. According to the outfit, the current prototype allows their drives to hold four terabits of data per square inch of physical space, enabling them to store a whole lot of data in a standard HDD package. And, yes, they expect it to get even better in time.

In fact, the outfit believes they can produce consumer-grade 40TB hard drives in a few years’ time, which would be an impressive feat. Of course, that’s still many years away, which will be necessary since this will likely cost exorbitant prices during the early stages.

Can you buy one of the drives soon? Western Digital plans to sell the MAMR Hard Drives as early 2019, although they will be marketed strictly to data centers, which can shoulder the high price tags they are expected to come in. They do, however, believe those 40TB consumer-grade models can come as early as 2025, with further improvements in the tech likely expanding those capacities going forward.