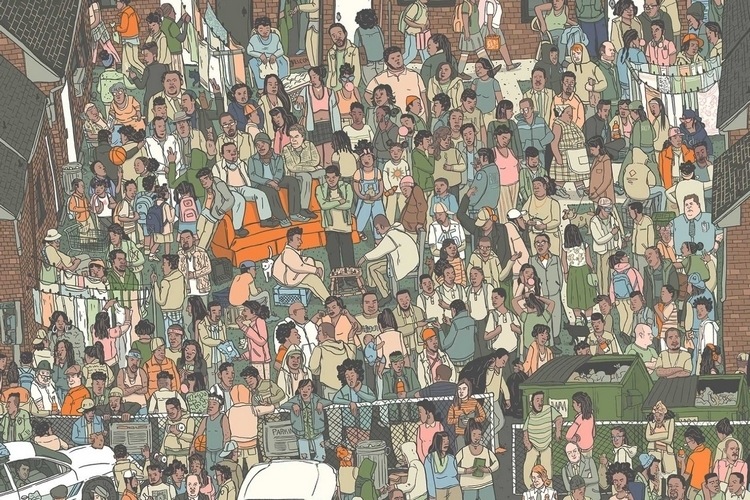 The Wire is one of those rare shows that continue to age in impeccable ways, staying even more relevant to today’s audiences than it did 15 years ago. Where’s Waldo, on the other hand, remains as entertaining (as evidenced by endless copycats), despite being considerably older. Where’s Wallace combines the both of those memorable pop culture favorites into one.

A Where’s Waldo-style puzzle game starring characters from The Wire, the game puts us right smack in the middle of the West Side housing projects where we first met Wallace and the crew. Except, since it’s a Where Waldo scene, the darn place is extremely densely populated, with plenty of familiar faces from the show mired in among random characters.

Created by The Ringer’s Rhea Serrano and illustrator Brenna Thummler, Where’s Wallace prompts you to identify different characters from the show, starting with Idris Elba’s Stringer Bell all the way to the game’s titular character, which was played by a young Michael B. Jordan. In case you’re curious why Wallace is last (I mean, he died early and everything), they wanted to title the game in a way that references D’Angelo Barksdale’s memorable line when he confronted Stringer Bell. You know, the whole “Where Wallace at, String?”

Do note, this thing can eat up quite a bit of time, since it requires you to locate every single one of the 47 included characters in a very specific order. And unless your favorite character is a random tweaker on the show, there’s a good chance your favorite is included in the illustration.

Check out Where’s Wallace from the link below.