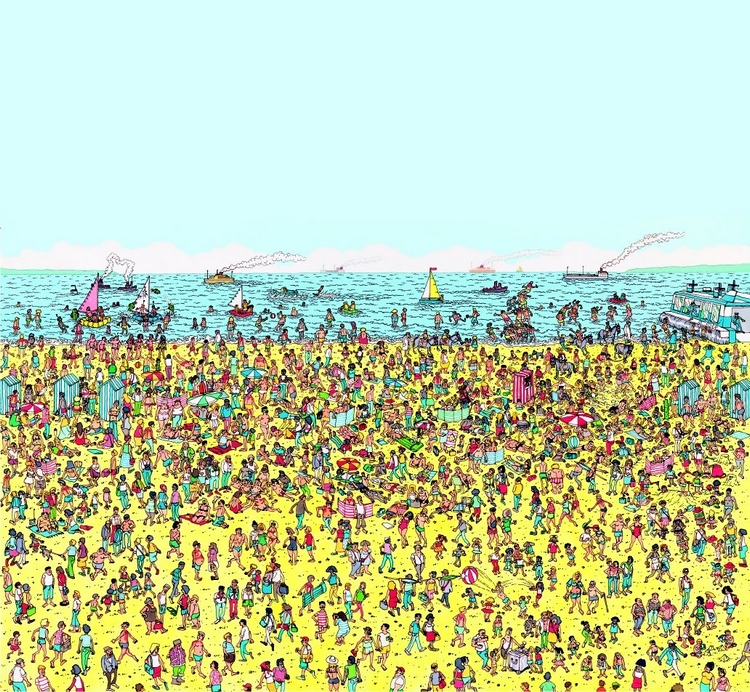 Slapping a beach mural up the wall is a great way to feel like it’s always summer in your bedroom. Even the nicest beach scene, though, can get boring if it’s all the same white sand, blue sky, and peaceful ocean staring at you day and night. If you prefer a little chaos with your beaches, maybe you’ll find this Where’s Wally Beach Mural a whole lot more entertaining.

Illustrated by Martin Handford, it’s a crowded beach scene, with Wally (or Waldo, depending on which part of the world you grew up in) somewhere doing something in the midst of it all. Whether you install it in the bedroom, the office, or the bathroom as an alternative to reading your phone while doing your business, it’s busy enough to be a major time-waster, giving you things to fix your attention on for hours and hours on end. 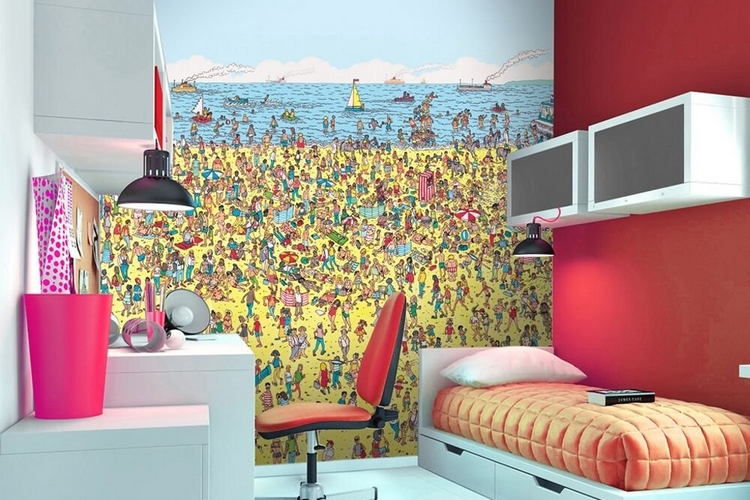 The Where’s Wally Beach Wall Mural measures 8.9 x 8.3 feet (w x h), allowing it to cover a huge chunk of blank wall. That also means they were able to cram a whole lot of things going on into a single illustration. From people riding boats to kids playing games to people riding horses (seriously, how chaotic would a beach be with horses?), there’s plenty to see here, on top of trying to find Waldo and his distinctive attire. It comes in six separate pieces to make hanging just a little less problematic. 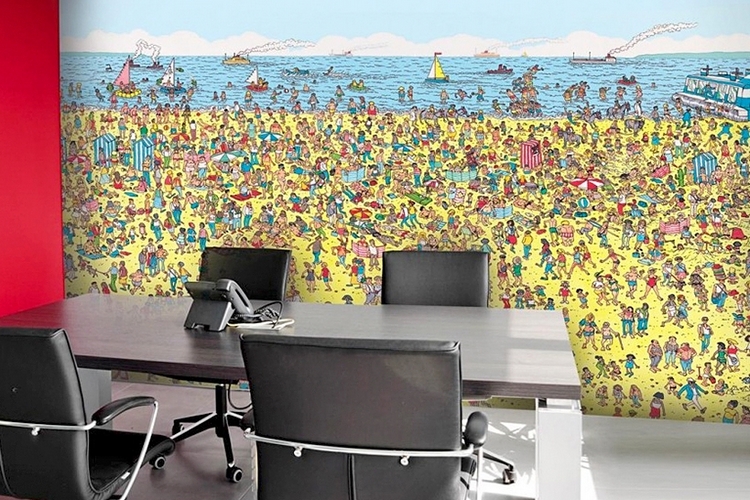