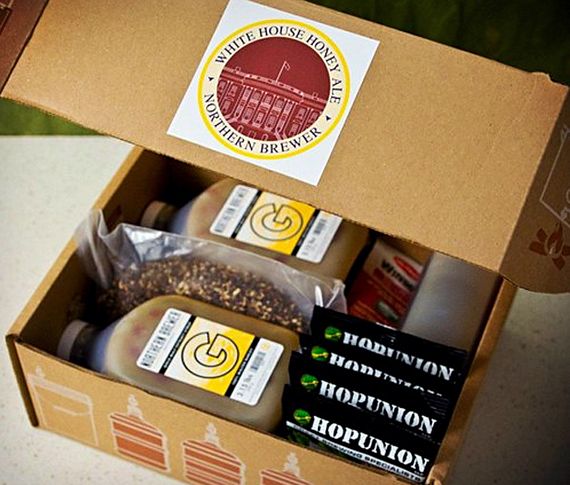 Even the president of the most powerful country in the world  (no, not China, the other one) gets drunk too.  And if you’ve ever wondered how it must feel like to get drunk like America’s commander-in-chief, now you can with these White House Beer Recipe Kits.

As you probably know, the White House blog recently revealed recipes for two beers the kitchen staff makes for the president himself, prompting many home brewers of all persuasions to recreate the thing in their own microbreweries.  If you’re not quite too keen on going out of your way to shop for some of those ingredients, however, Northern Brewer is making it easier by shipping entire kits of all the necessary items for each recipe.

Both beer recipes the White House revealed,  White House Honey Porter and White House Honey Ale, can be bought as kits, so you can try them to see which one you like better. While you won’t get the exact same ingredients (e.g. they have to get honey elsewhere since the White House bee farm is kind of private and all), these sets should do a good job of providing all the needed components to let you come as close to how the originals might taste like (provided you know how to brew, of course).  All recipes require four weeks to finish.

If you drink enough of this thing, maybe you’ll be running the country one day, too.  Okay, maybe not. Regardless, it should be pretty awesome telling your guests they’re drinking the same beer in your house that they’ll be drinking if they knew Obama and he invited them over to watch football or something.