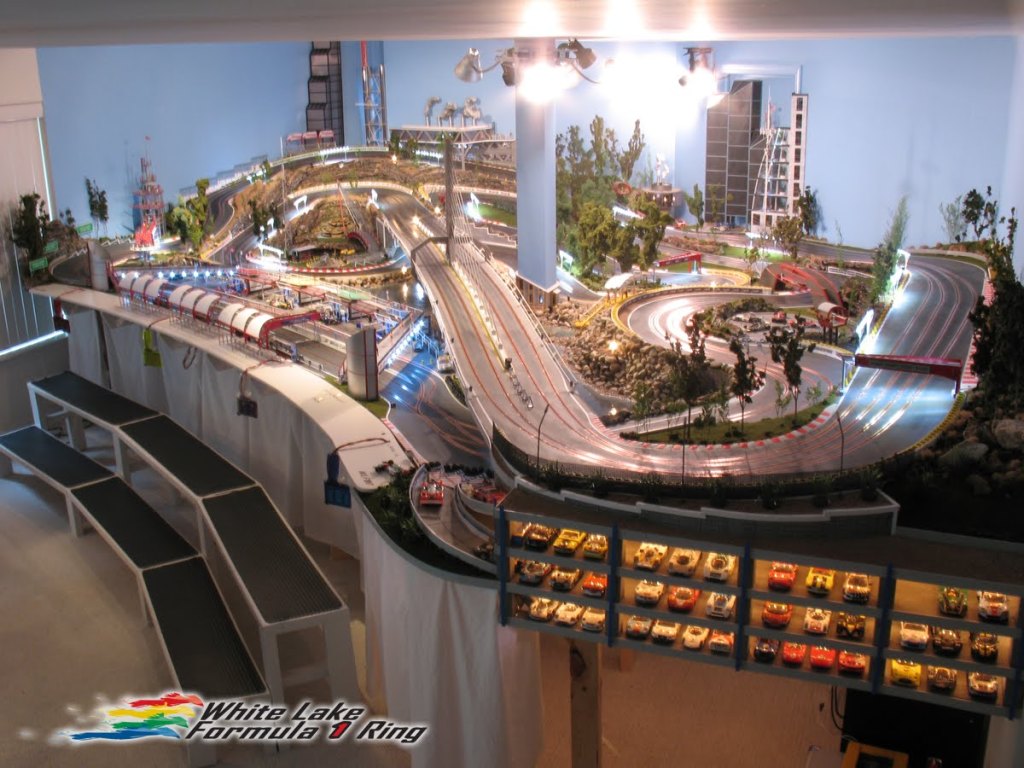 Think your slot car track is awesome?  You haven’t seen awesome till you’ve looked at the White Lake Formula 1 Ring, a 1:32-scale race track that takes elaborate to a whole new level.

Created by James-Michael Gregory Harlan, the track represents what the Michigan native believes comprise “many of the challenges one might encounter on a modern F1 circuit.”  An exhibit designer by trade, it took Harlan over 6,000 hours of work to put together, putting his well-honed skills to work.  Surprisingly, the whole thing cost him a modest $3,500 – definitely money well spent. 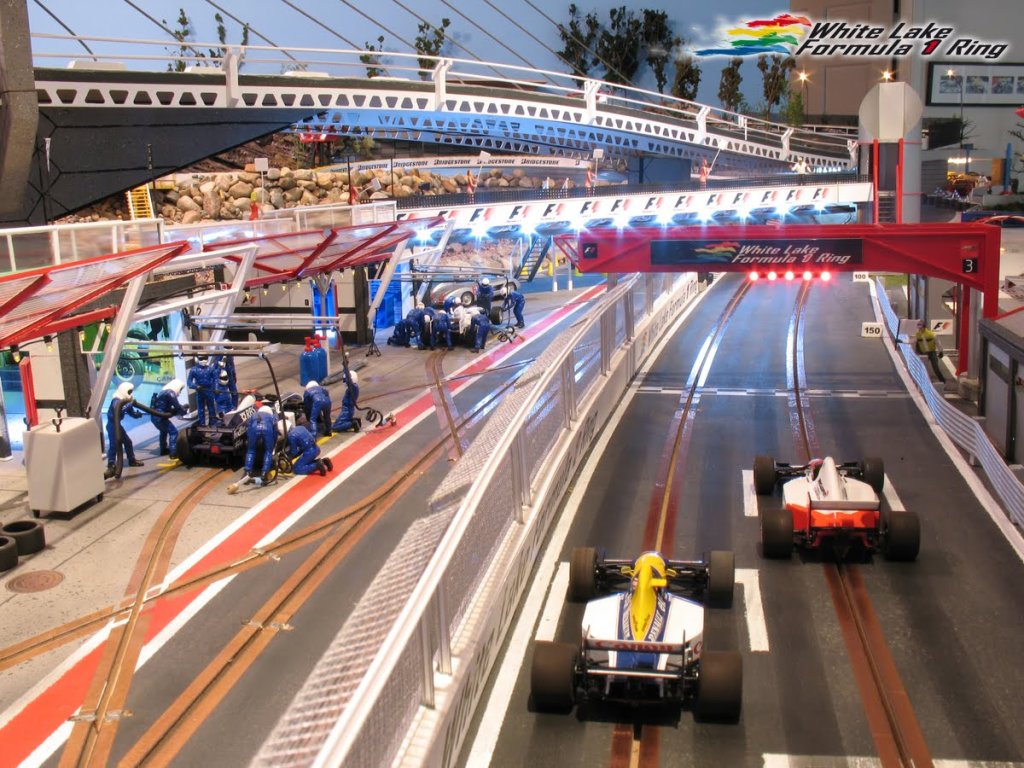 The White Lake F1 Ring sports a 145-foot lap, twisting and turning over a 20-square-foot floor area.  It features a total of 19 turns, 2.5-feet of elevation change and an AC2car system that lets two cars run on the same slot, so they can pass each other.  Aside from the track itself, the model includes a 3-floor multi-level parking garage, a helipad, pit lanes, scenic outer edges, decorative billboards, viewing towers, buildings and miniature people that do everything from wearing flimsy swimsuits while holding flags to fixing cars during pit stops.  Heck, Harlan even installed miniature lights for night racing! 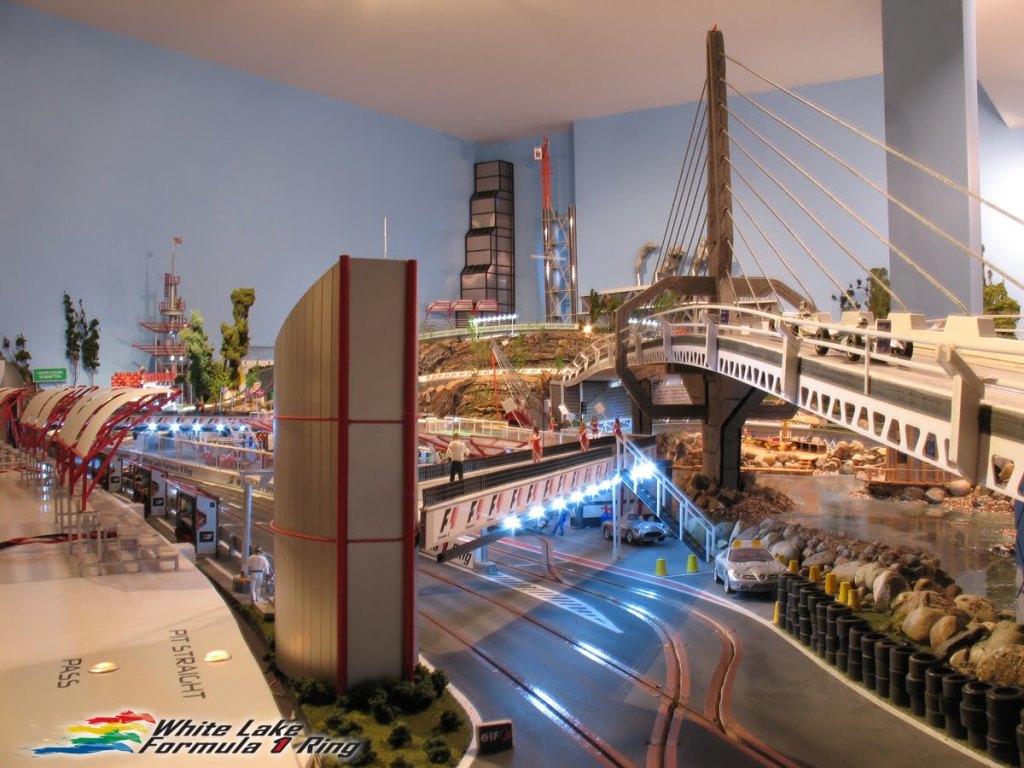 Suffice to say, there are more details here than just the race track itself, making for one of the most elaborate models I’ve ever seen.  On close-up photographs, it doesn’t even look like a model setup, probably making it quite the freaky sight in person.

You can see a video of the White Lake Formula 1 Ring below.  For more pictures, check out Harlan’s blog.