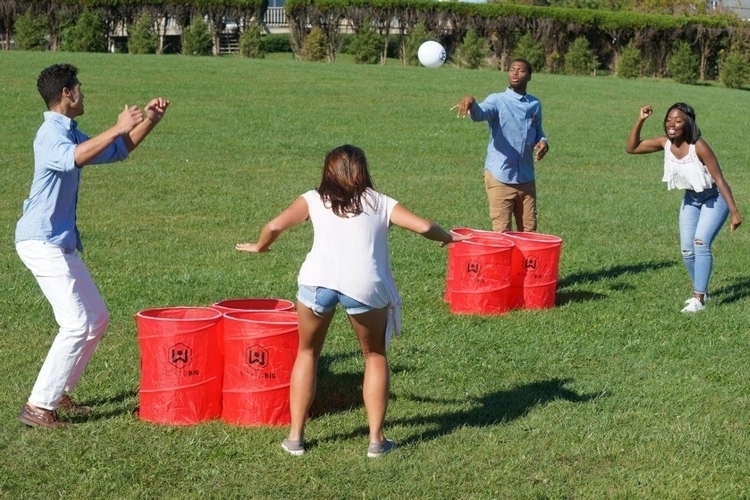 Beer pong is fun, in large part because you usually play it drunk. This makes it great for tailgates and house parties, but terrible when you’re looking for ways to have some family fun. The Wicked Big Pong changes that.

A supersized version of beer pong, it lets you play the classic drinking game in a large scale without the actual drinking part. That way, you can turn the erstwhile tabletop drinking game into a wholesome lawn game even the kids can participate in. 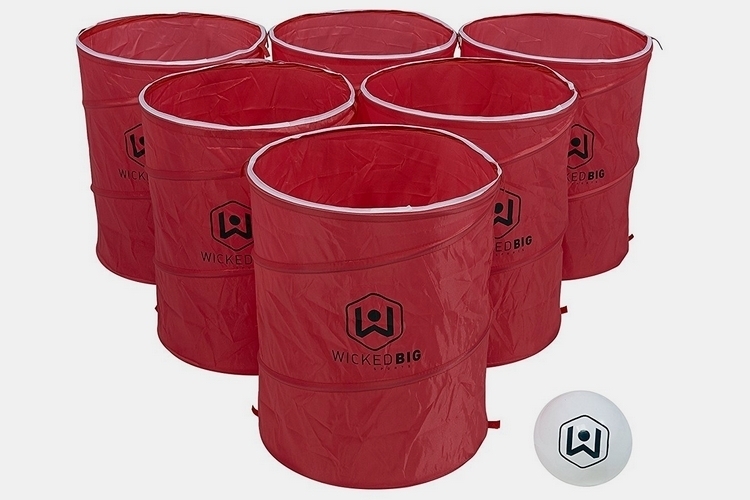 In place of the red solo cups and table tennis balls of traditional beer pong, the Wicked Big Pong comes with two-foot tall cups (actually, they’re more like buckets than cups) where you aim to shoot an inflatable ball. Since drinking isn’t involved, we’re not sure what your opponent is supposed to do when you do shoot a ball into a cup, but we guess you can twist that into something else. Like, I don’t know, eating gross food, sucking on sour candy, or getting pelted with Nerf darts. Or something.

Designed as a game you can bring to the park for fun with family and friends, the entire game can collapse into a carrying case that measures 17 inches in diameter. By collapse, by the way, we mean the cups (or buckets, whichever you prefer) can be flattened and the ball can be deflated. Do note, since the lightweight cups could be knocked down by wind when playing outdoors, each game comes with six weighted bean bags that you can place inside the cups to ensure they stay upright all throughout a game. 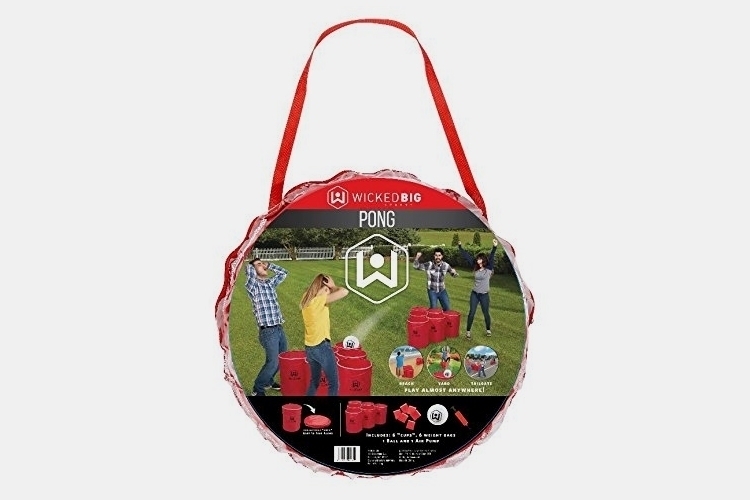 Only six cups are included with each Wicked Big Pong game, so it’s only good for a three cups versus three cups game, which, honestly, doesn’t sound all that great. As such, it’s probably a better idea to buy two sets of these, so you can play with six cups each, along with an extra ball to keep things running faster.

Want one? The Wicked Big Pong is available now. 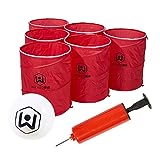