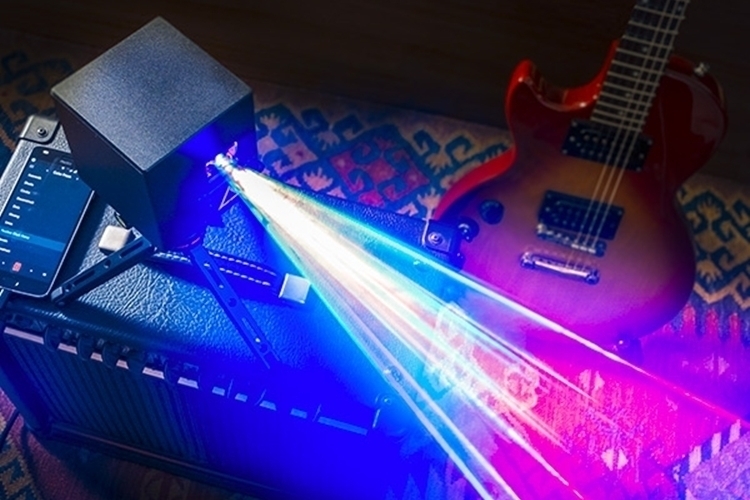 Laser projectors are awesome. They’re also kind of inconvenient, with their slightly bigger dimensions and the need to keep them plugged to an outlet. That changes with the WickedLasers LaserCube.

A compact laser projector, it houses the hardware inside a cube-shaped enclosure that measures four inches on all sides. We know, it’s not entirely small (there’s no way to fit it in your pocket, for instance), but you can easily drop this in a backpack for bringing anywhere you want to put on a light show. 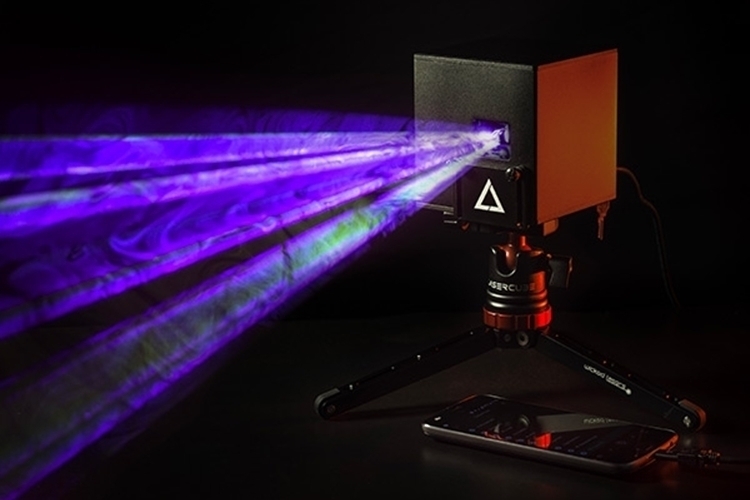 According to WickedLasers, the LaserCube is also the first laser projector of its class to run completely battery-powered, allowing you to stage a full-on lightshow without a power outlet in sight. Yes, it won’t run for all that long with the battery rated at only three hours, although that’s more than enough time to let you put on a colorful light show while playing a set on stage, recording a video for your YouTube channel, or button-mashing on laser-projected video games with friends. That’s right, this thing can project dozens of retro video games using one of the companion apps, so you can play fixed shooters, maze chase games, and other classic game modes with friends.

It’s equipped with red, green, and blue lasers that interact with a computer-controlled mirror inside the enclosure, allowing it to display various types of images, patterns, and animations. A 1kw laser diode with analog modulation allows it to produce up to 33,000 different colors, making this an impressively versatile laser for its erstwhile compact dimensions. It can be operated from either a PC, a Mac, or an Android device, with over 20 compatible apps giving you access to a host of ready-to-use content, including more than 70 visualizers, 80 effects, 100 animations, 300 graphics, and 30 video games. 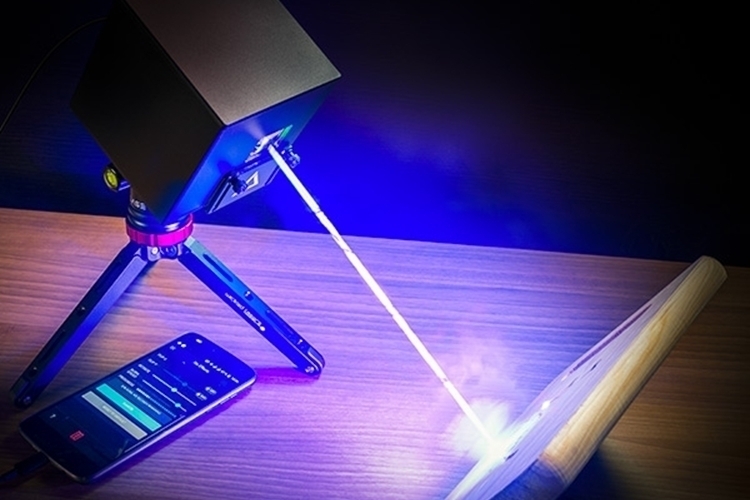 With a wide array of light imagery at its disposal and a full set of tools for creating new ones, the WickedLasers LaserCube can be used by artists (for laser art installations), event organizers (for putting on colorful light shows to wow attendees), and musicians (for accompanying their performances with colorful lasers). You can even sync the light show with music, while the lasers themselves can even be used as a MIDI controller. A plugin even allows you to hook it up an electric guitar, so you can shred onstage while the colorful lights shoot out in sync with the groove. Aside from staging light shows, the laser can also be concentrated into a single powerful beam, allowing it to be used by engravers to etch designs onto any surface. 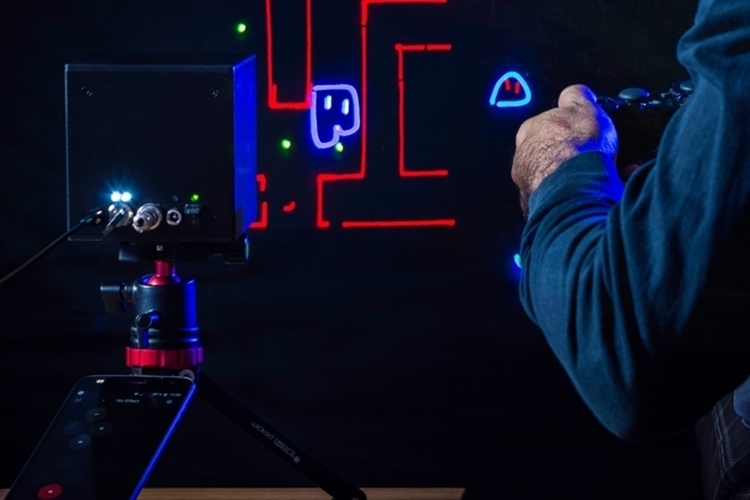 The outfit also sells multiple accessories for the LaserCube, such as an EVA case for protecting the device, a dual flight case (for transporting two devices at a time), a tripod for easier operation on site, and a clamp for securing it in a fixed position. It can also be used with different lenses (for engraving, photography, and diffraction effects), a USB hub (for connecting multiple laser devices to a single computer), and gamepads.