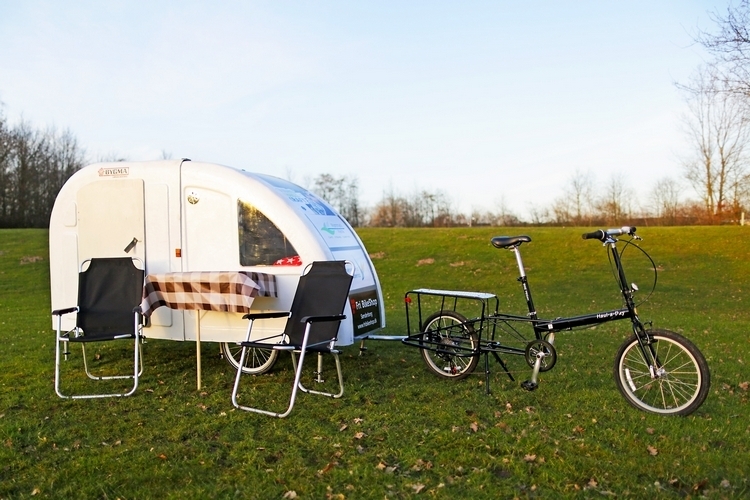 Towing a camper on a bicycle is usually a bad, if not impossible, idea. But what if the camper is one as tiny as this Wide Path Camper? Probably still a bad idea, but definitely not impossible.

A tiny camper trailer designed for use with bicycles and similar low-powered vehicles (we suggest an e-bike to get some motor assistance), it’s small enough and light enough that any grown person should be able to haul it with some concentrated pedaling power. Okay, maybe a lot of pedaling power, considering you’re not likely to be camping 15 minutes by bike from your house. Not to mention, camping usually involves having to ride through hills and less-than-paved trails. Yeah, definitely a bad idea. 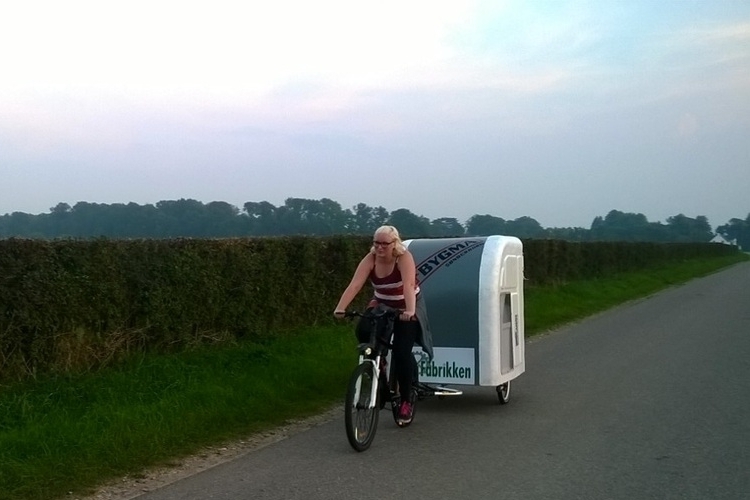 If you’re up to the challenge, though, the Wide Path Camper is a foldable camper than can compact to half the size during transport and then expand to a mobile shelter that can sleep two adults comfortably on separate integrated beds. Those same beds can be transformed into two seats with a table in the center, with enough seating space to accommodate up to four individuals. If you need to stock gear right on the camper, that’s not a problem, since it comes with built-in storage compartments (10.6 cubic feet combined) right under the mattresses. 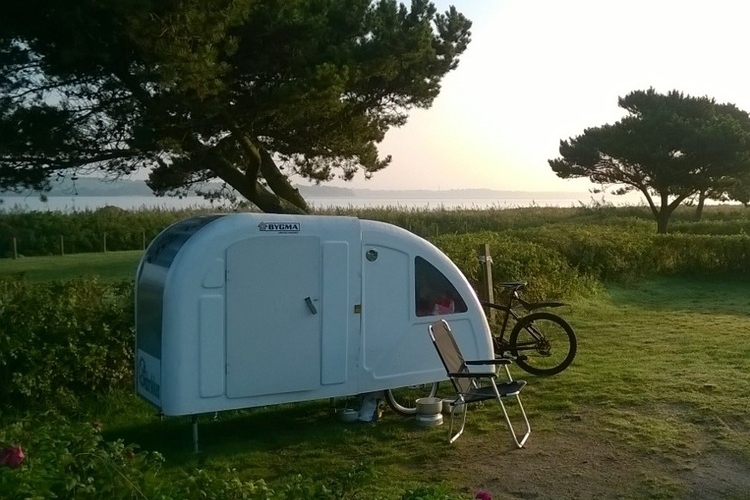 Options include a solar package (12-volt solar generation system with five outlets), an outdoor package (folding chairs and table attachment), a kitchen package, and, something you’ll probably want, a second bicycle attachment, so you and a cohort can work together to haul the camper to your landing site of choice. It weighs a reasonable 100 pounds.