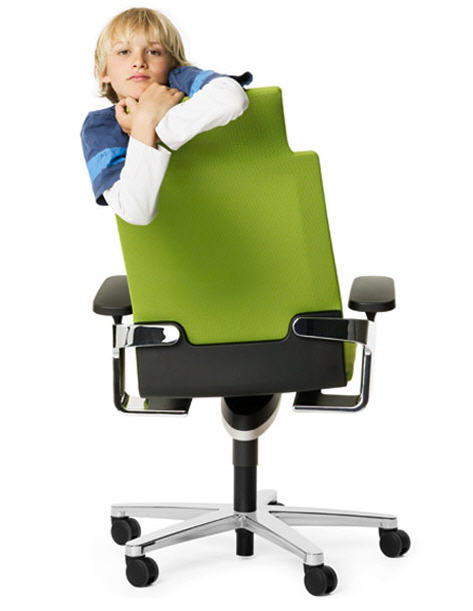 The life of the Office Drone isn’t the healthiest around.  Sitting in a comfy chair all day, you’re practically motionless, with only your hands moving majority of the time.  The On Chair looks to change that, allowing you a full range of bodily movements even while sitting.  That way, you’ll be burning calories while clocking in at work – all without ever seeing the insides of a gym.

Created by Wiege, it’s intentionally styled like a regular office chair at first glance.  Unlike them, however, it allows you to move body parts while your ass remains glued to the seat.  Fidget all you want – it self-balances so you never fall over. 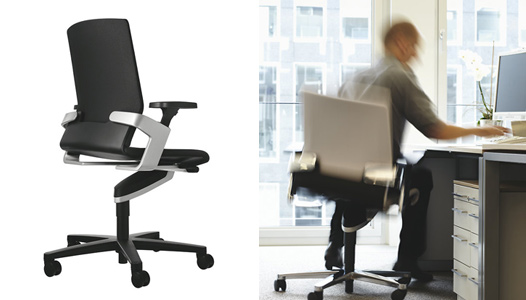 The On Chair comes with a range of joints that allow the seat to tilt forwards, backwards and side-to-side.  That way, you can change sitting stances constantly, allowing you to burn just a few extra calories while typing a spreadsheet than you normally would.  Seriously, this looks like the perfect chair for console gamers perpetually glued to their couches – it’s like instant exercise without even trying.

From the chair’s description, it doesn’t sound all that comfortable.  The people’s reaction on the video below doesn’t seem half-bad, though, so it’s probably just as snug.  According to Wiege, the multiple joints allow you to find the most comfortable position for your body, something that even the most “ergonomic” chairs rarely afford.   Fact is, even the most expensive, intricately-designed traditional chairs will be uncomfortable for some people – a problem that is less likely to exist with the On Chair’s adjustable mechanism.

Wiege claims the “active seating” furniture took five years in the making.   We’re not sure when they’ll be mass producing it, but it’s probably not too long since the prototypes look finished.  Expect pricing to be a bit steep, however.