WiFO Upgrades Maximum WiFi Bandwidth Per User Up To Tenfold

The amount of gadgets that connect to WiFi networks have gone far beyond laptops, smartphones, and game consoles. Everything from set-top boxes to cooking appliances to your children’s toys now do the same thing, with even more future devices likely to join them. At some point, all of those simultaneous connections are bound to reduce the amount of bandwidth any device can use. A new system called WiFO (short for Wi-Fi and Free-space Optic) wants to boost WiFi bandwidth in order to accommodate the inevitable deluge of even more connected gadgets.

Developed by a research team from Oregon State University, it’s a hybrid router that combines the WiFi radio’s frequency with optical data links to enhance the available bandwidth per user by tenfold. It does this using infrared LEDs, which create an invisible cone of light over a one square meter area, in which the effective bandwidth is increased. Using the system, each connected device can use between 50 to 100 Mbps of available bandwidth, closing the gap to wired Ethernet connections. 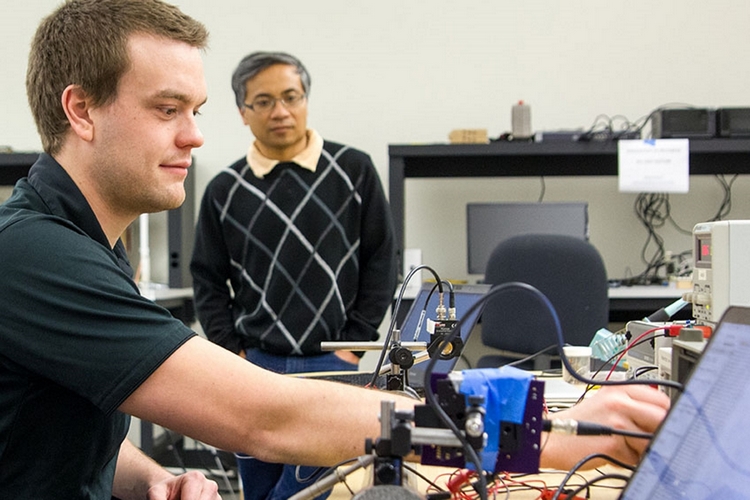 Granted, WiFO’s coverage is a lot smaller than what anyone would probably like. To compensate, the system includes LED transmitters, a set of which can be installed at strategic points in the ceiling in order to expand the increased bandwidth’s reach. In the system, users switch between the new LED signal and the WiFi frequency as need arises, with the process appearing seamless to the end users. Since the system introduces a new type of signal, any hardware that plans to connect to WiFO will require a compatible photodiode receiver.

The team recently created a prototype for WiFO using off-the-shelf components as a proof-of-concept.   Lead researcher, Thinh Nguyen, is currently in talks with companies that can help bring the product to market.