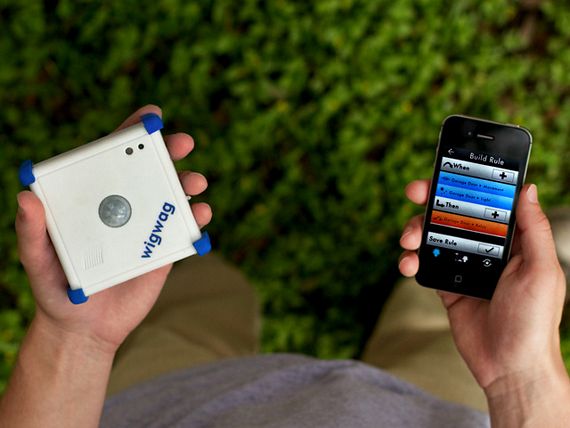 Smart homes have been the subject of tech geeks’ imaginations for a while now.  For some reason, though, we’re still stuck with lights turning on as soon as we enter the room and similarly simple systems.   The WigWag wants to improve this situation, offering a home automation platform that’s both sophisticated and easy to use.

How sophisticated?  Well, it comes with a Sensor Block armed to the teeth with facilities for detecting and measuring a variety of environmental factors, including light, sound, motion, temperature, humidity, movement, and contact closure.  More than picking up data, it can be used to control an electronic relay (e.g. open the garage door or turn on the sprinklers), IR-equipped devices (e.g. turn on the Sony XBR Ultra HDTV, as long as it’s within the line of sight of the IR beam), and create IR tripwires (requires two Sensor Blocks) to create invisible barriers for restricted areas of the house.   It also has two expansion ports for adding future sensors, so it’s ready for the apparent explosion of the internet of things into the mainstream. 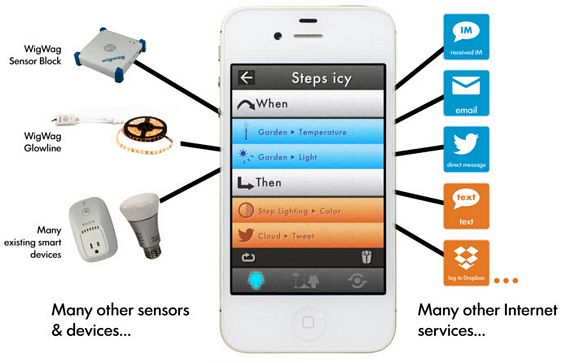 The Sensor Block is only one of the devices in WigWag, though. As of now, there’s three, including  the Relay and the Glowline.  The former is a dedicated router of sorts for connecting the system to your home network (so it can hook up with your phone, tablet and other gadgets, as well as the internet).  In case your internet connection goes out, the Relay will still work locally, so your lights will still power on, your doors will still auto-open, and, basically, do everything you’ve programmed it that doesn’t have anything to do with using an internet connection.   The Glowline, on the other hand, is a smart lighting tool with 8 feet of RGB LED and sensors for detecting ambient light and motion. 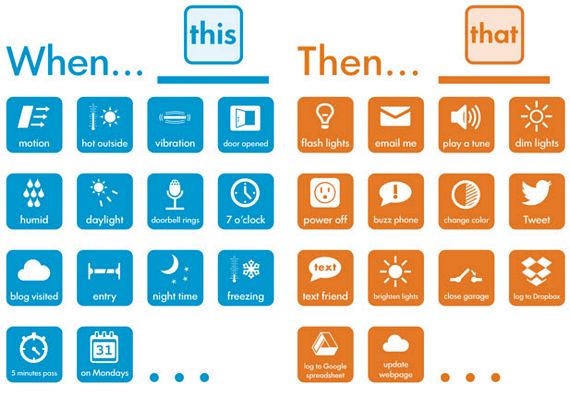 Using all the individual devices together is how home automation happens and WigWag makes this process easy.  Everything is controlled through WigWag’s cloud platform that’s accessible from any mobile device, which you can customize using a simple “When [this] happens, do [that]” sequence.   No complicated programming is required — the interface is straightforward and visual, while allowing for impressive depth.   The entire platform is compatible with any existing home automation gadget that supports Wi-Fi, Z-wave, or Zigbee, so you can immediately set it up to control a good part of your home, along with a whole host of web services (Twitter, Dropbox and more).

The WigWag is currently raising funds on Kickstarter.  Pledges to reserve units start at $139.