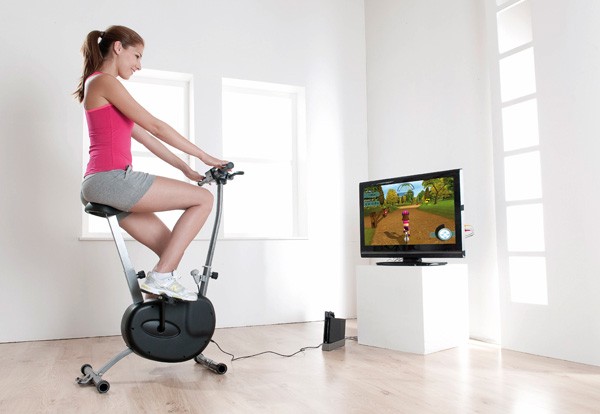 There’s no shortage of fitness-geared controllers for the Wii.  Few of them, though, look like real exercise equipment that you might actually use if you’re serious about getting in shape.  The Wii Cyberbike Magnetic Edition happens to be one of those few.

Made by BigBen, the gaming peripheral is a full-sized stationary bike that you can ride like those machines in your local gym.  Except this one can plug onto your Wii as an interface to a biking game, making dull workouts just a tad more tolerable than it would normally be. 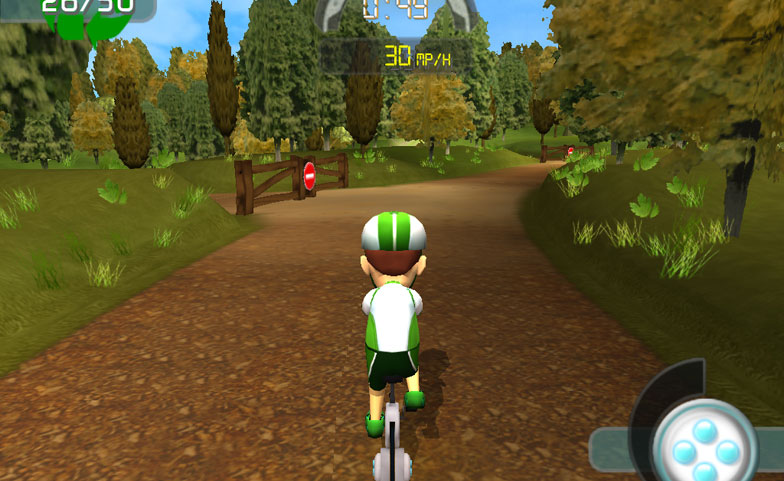 The Wii Cyberbike Magnetic Edition is the new version of BigBen’s exerbike controller from 2009, using magnetic resistance (controlled via a knob out front) to deliver a legit workout your way.  Both the seat post and handlebars can be adjusted for best posture, with the cushioned seats able to hold buff dudes like you up to 286 lbs.

It plugs onto the GameCube port of the Wii and should be compatible with all games that support those older controllers (e.g. Mario Kart).  The game Cyberbike, which features three modes and multiple levels, is included with the controller.

Since the Wii Cyberbike Magnetic Edition is a real stationary bike on top of being a game controller, price is a little on the higher side (don’t worry, it’s nothing ridiculous like the Ciclotte).  You can get one now for $199.