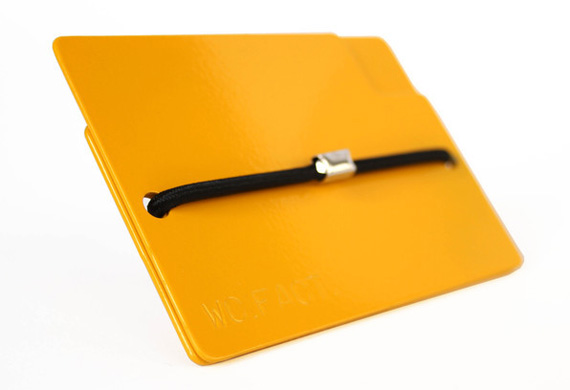 I’ve never been a fan of traditional billfolds.  They’re too big, too thick and too easy to pick out of a pocket.  Over the years, I’ve shunned regular wallets in favor of a money clip for my bills and a card holder tucked away in the bag for my cards.  The William Wallet is another alternative the wallet-averse might want to consider.

Originally, the pocket accessory was a MacGyver solution, slapped together using two credit cards and a rubber band.  Fortunately, the new version is a little more presentable (way more presentable than a Duct Tape Wallet, for one), with just enough sleek touches to make it as attractive as it is functional. 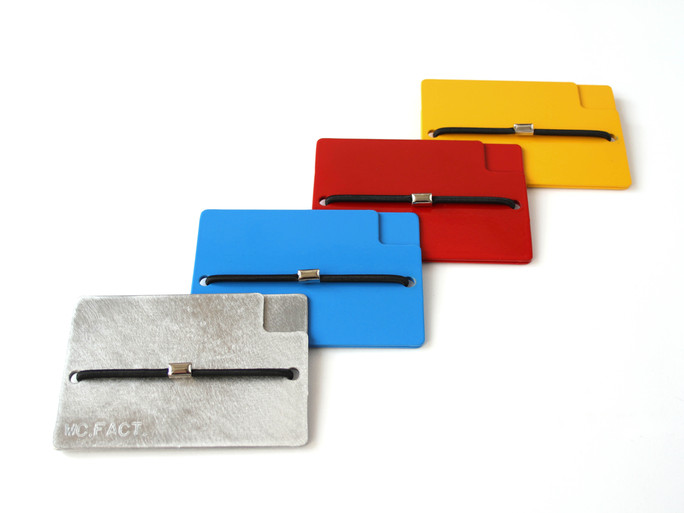 The William Wallet is made from two sheets of 18-gauge lightweight aluminum panels, held together by a 1/8-inch latex rubber shock cord with a U-pin metal closure.  All sheets are powder coated for finish, leaving them with a glossy appearance and a fine matte texture. Small cutouts were made on the right corner for each sheet for paranoid types, letting you quickly check if whatever stuff you sandwiched in between is still there.

Measuring 2.75 x 4.0 inches, the clip should easily fit folded bills, as well as regular-sized credit cards, ATM cards and IDs (heck, throw condoms in there, if you don’t mind the bulk).  The stretchy outer cord can also be used to hold frequently-needed items, such as an access card or small bills.

While not as minimalist as a money clip (or a rubber band for that matter), the William Wallet definitely offers just a tad more usefulness.  It appears to be sold out on the official Wintercheck Factory site, but they still have it in red, blue and yellow at the other link below, priced at $55.