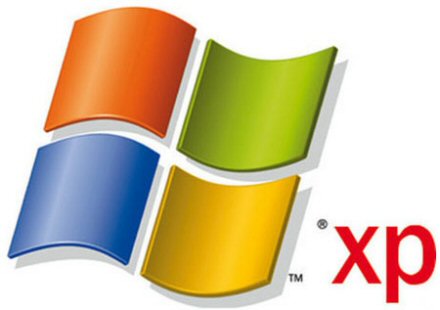 I know most of us are anxiously waiting for the final release of Windows 7 but Windows XP is still desktop king in the PC world. Windows XP does a whole slew of cool things that most people don’t know about, or haven’t explored fully, and the ease of use makes the end-user that is already familiar with Windows XP, unwilling to move on to Vista, or whatever the next incarnation of Bill Gates’ Brainchild will be called. We’ve tried to showcase the best ten, in no particular order here.

Run Multiple Programs Under Different Users: This is something that I discovered a few years ago while trying to run several audio streams to the web at once. Windows XP will allow you to login on several different users and open a brand new instance of a program you are trying to use. This way, you can use as many programs as you have memory and processor speed for. I used it to run 5 different versions of Sam Broadcaster, which is a music automatic program, and was running five different internet radio streams from one PC.

Remote Connect To Your Friend’s Computer: There is nothing more frustrating to me then a friend (or parent) calling me for computer help, and trying to walk them through something over the phone. “Okay click on control panel” “Um…that’s not anywhere on my desktop.” Does that sound familiar? Well, Windows XP allows you to connect remotely to your friend’s computer simply by them sending you an email link. That way you’ll be able to control your friend’s computer with your own keyboard and mouse, and fix the problem quickly so that you can get back to killing mutated humans in a nuclear plant.

Add Album Art To Any Music Folder: One of the new features of Windows XP is the thumbnail album generator. When you copy your music into a folder, you’ll immediately get the album cover onto the folder if it’s available. If it’s not, you can download cover art from several sites, cdnow.com or amguide.com to name a couple. Then, simply use the Windows XP folder customizer to add a picture. On a related note, you can add pictures to any of your other folders to make them easier to find as well if you want. For instance, all my security software is in a folder with a pair of handcuffs on it, and all of my writing is in a folder with a quill pen.

Use Remote Desktop: We discussed Remote Connect, but did you know you can also Remote Desktop to any other computer with Windows XP, that supports remote desktop, and you’ll be able to use the computer just as if you were sitting in front of it. I use this for servers that I rent to run websites or games, since I can access any files or folders on the hard drive easily, plus being able to transfer files fairly easily between the two.

Run Old Games: One of the things that a lot of people don’t know you can do with Windows XP is run old games on it. You’ll need a third party program like DOSBox to do it, but old games like the Indiana Jones, or Space Quest Series from Sierra will run on your new computer with XP, as long as you have the proper software.

Transfer All Of Your Media To Your Computer: In the past ten to fifteen years media has switched to many different formats, leaving the old formats obsolete in most cases. Cassette Tapes becomes CDs, Videocassettes became DVDs, and Photographs became digital picture file. So, how do we know when it stops? Well, digital is where it stops most experts agree, because digital audio, video and imagery is transferable to all of the modern devices, and there isn’t any need to create a device that stores movies or music on a smaller source. So, take all of your cassette tapes, your videocassettes, your 8-tracks, 35 mm picture negatives, CDs and DVDs, and yes – even records to digital audio and video. Believe it or not, there are devices to transfer all of those formats to your computer’s hard drive, mostly using your USB drive. So, transfer everything and have a yard sale!

Roll Back Drivers: Okay, it’s sort of a boring thing to put on a “coolest things’ list, but it’s something that is specific to Windows XP that is extremely handy. If you install a driver for your device that isn’t compatible, or has some sort of problem, you can roll back to the previous driver with one click. Before, you had to go and research your device and find the old driver on some archive forum online. Either that, or do without your favorite peripheral.

Use LCD Monitors: One of the more exciting features of Windows XP is rendering mechanism that allows near-perfect text readability on Liquid Crystal Display, and similar monitors. Previous to this, they couldn’t be used without straining your eyes until you were half blind.

Edit Movies: Windows XP comes with Windows Movie Maker which allows you to easily edit your videos, to post on You Tube, My Space or even save to a disc to send to your parents. It’s easy to use, and has several different features that can enhance the viewing experience when the video is watched.

Upgrade To Vista For Free…Well…Sort Of: If you don’t want everyone to know that you prefer to stick to XP like a stodgy old man who won’t buy a DVD player then you can upgrade the look of XP to fool everyone into thinking that it is Vista. There are several sites that you can use to do this, one that I found was http://www.tech-recipes.com/rx/1089/make_xp_look_like_vista_longhorn_free/.