Wink Glasses Will Make You Blink, Even If You Don’t Want To 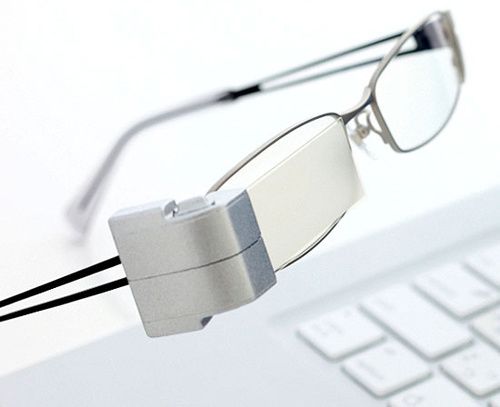 Blinking sucks.  One moment you’re keeping a watchful eye for Japanese soldiers on World At War; one blink later, you’re being slaughtered like tomorrow’s sushi.

Despite the disastrous downside on your game, blinking is a necessary activity.   Doing it too infrequently can dry out and fatigue the eyes, eventually leading to poor eyesight and other optical problems.  At the end of the day, that just makes you a shittier gamer.

Not that it’s entirely your fault.

When the eyes are focused on any object for an extended period of time, the rate of blinking just naturally decreases on its own.  This holds true, whether you’re reading a gripping novel or hunting down enemy soldiers on an FPS.  As such, you can imagine the amount of damage a three-day marathon in front of the computer can do.

Japan’s Masunaga Optical Manufacturing seeks to offer a solution with their Wink Glasses, a pair of spectacles that forces you to blink in a healthy manner.  Fitted with an onboard sensor, it keeps track of how long you have gone without closing your eyes and forces you to blink when they’ve been open too long.

How does it control your eyes?  Once you go past the five-second mark without blinking, it fogs up the right lens, creating the involuntary action.  It will clear immediately once it detects a blink, repeating the process over and over for up to eight hours at a time.  You can recharge via an available USB connection.