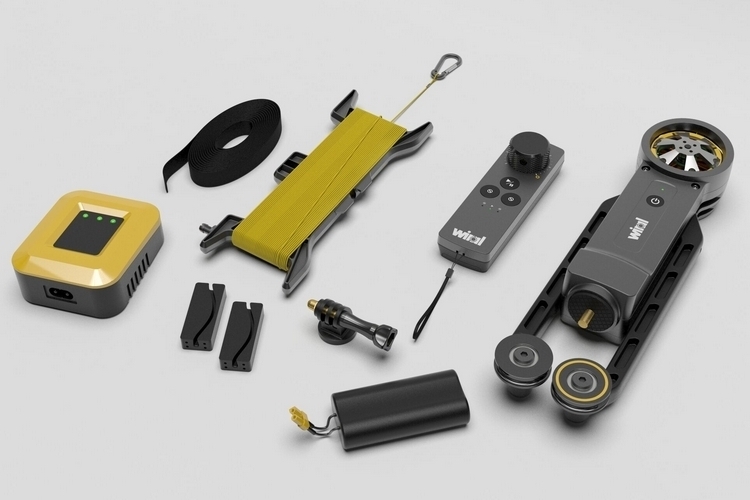 There’s a reason cable cam systems have remained a largely professional cinematography accessory – they’re large, expensive, and quite complicated to set up. It’s something most amateurs and enthusiasts won’t exactly need, especially if they have access to a drone that can take similar gliding shots. Wiral Lite wants to change that.

A cable cam system for small cameras, it lets you recreate the same Skycam setup frequently used in sports broadcasts, allowing you to take gliding shots from unique angles. Except, instead of large professional cameras, this one’s designed for smartphones, action cams, and smaller mirrorless shooters, making it a direct alternative to drones (which use similar small cameras) rather than traditional cable-suspended camera systems. 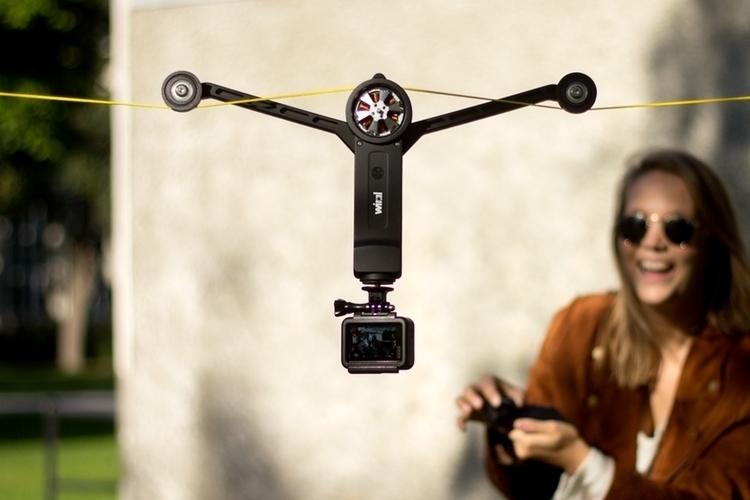 Billed as the first affordable and easy to use cable cam system, the Wiral Lite consists of a mounting device with folding arms that can be suspended from a cable reel. A camera mount at the bottom of the rig holds your camera upside down (you’ll have to reorient the footage during post-production), while wheels at the end of each arm allows it to travel the entire length of the cable reel at your behest. It can support cameras up to 3.3 pounds, so it should handle most mirrorless camera and lens setups with no trouble.

When traveling the reel, the device can go as slow as 0.006 mph or as fast as 28 mph, so it should handle both slow tracking shots and fast-paced sports cinematography with equal ease. Even better, it captures tracking shots without making noise, allowing you to use the captured audio instead of masking it with music like you’d normally do with noisy drones. A rechargeable battery allows you to use it for three hours straight between charges, with a removable design so you can easily swap in a new battery to keep filming as needed. Designed for portable use, the device measures just 10.8 x 3 inches (height x width) when collapsed, making for quite a flat package that shouldn’t be too hard to find space for in a backpack. 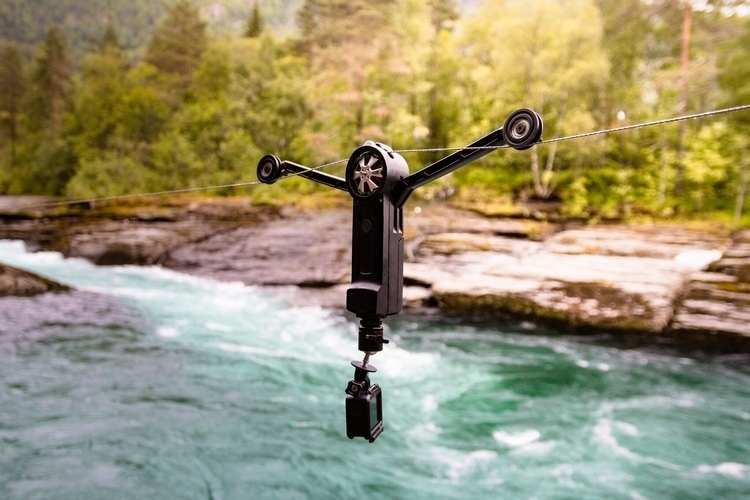 The Wiral Lite comes with a dedicated remote for controlling the movement of the device, which communicates with it via a 2.4GHz RF signal. A large dial allows you to change the speed with a simple clockwise or counter-clockwise turn, while buttons under it allow to switch directions with a single push. There’s also a special timelapse mode that triggers the rig to move in one of three autonomous patterns of your choosing, so you can leave it to shoot a stunning timelapse all on its own. 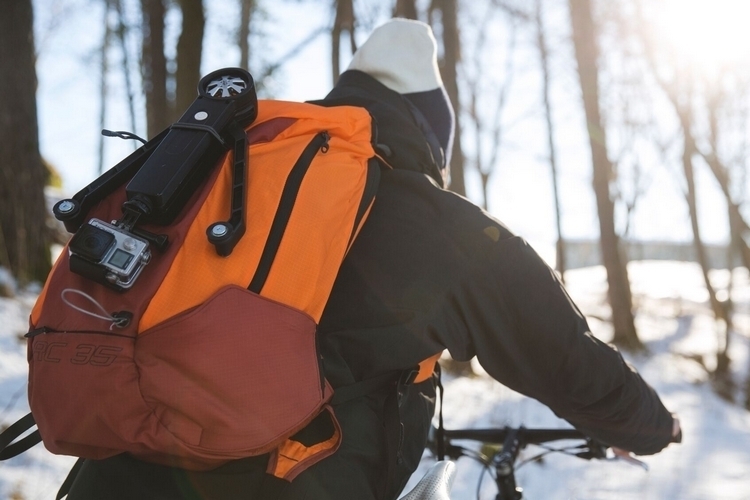 It comes with a UHMWPE rope that measures 164 feet long, with an optional 328-footer for those who need something much longer. The rope is bundled with a patent-pending quick reel system that makes it spooling and unspooling a much easier affair. Simply put, it makes setting up the darn thing just a bit easier than traditional systems.

A Kickstarter campaign is currently running for Wiral Lite. You can reserve a unit for pledges starting at $199.