Wireframe Lamborghini Koenig Countach Looks Like An Invisible Car, Wants You To Buy It 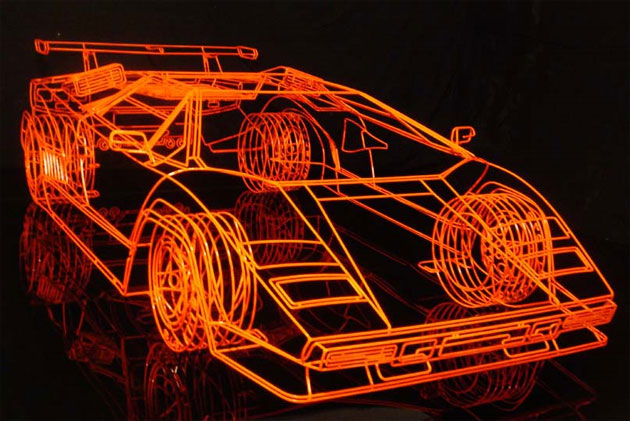 I get it.  A Lamborghini is mighty expensive.  But pricing a wireframe sculpture of a Lamborghini Koenig Countach at the same exorbitant range sounds like a little too much.

That’s exactly what Benedict Radcliffe is doing with his work, though, which he originally produced back in 2008.  After touring it in galleries and art spaces around London (and even parking it in the street to a chorus of amused onlookers), he’s now ready to let it go for a steep £40,000 (approximately $65,000). 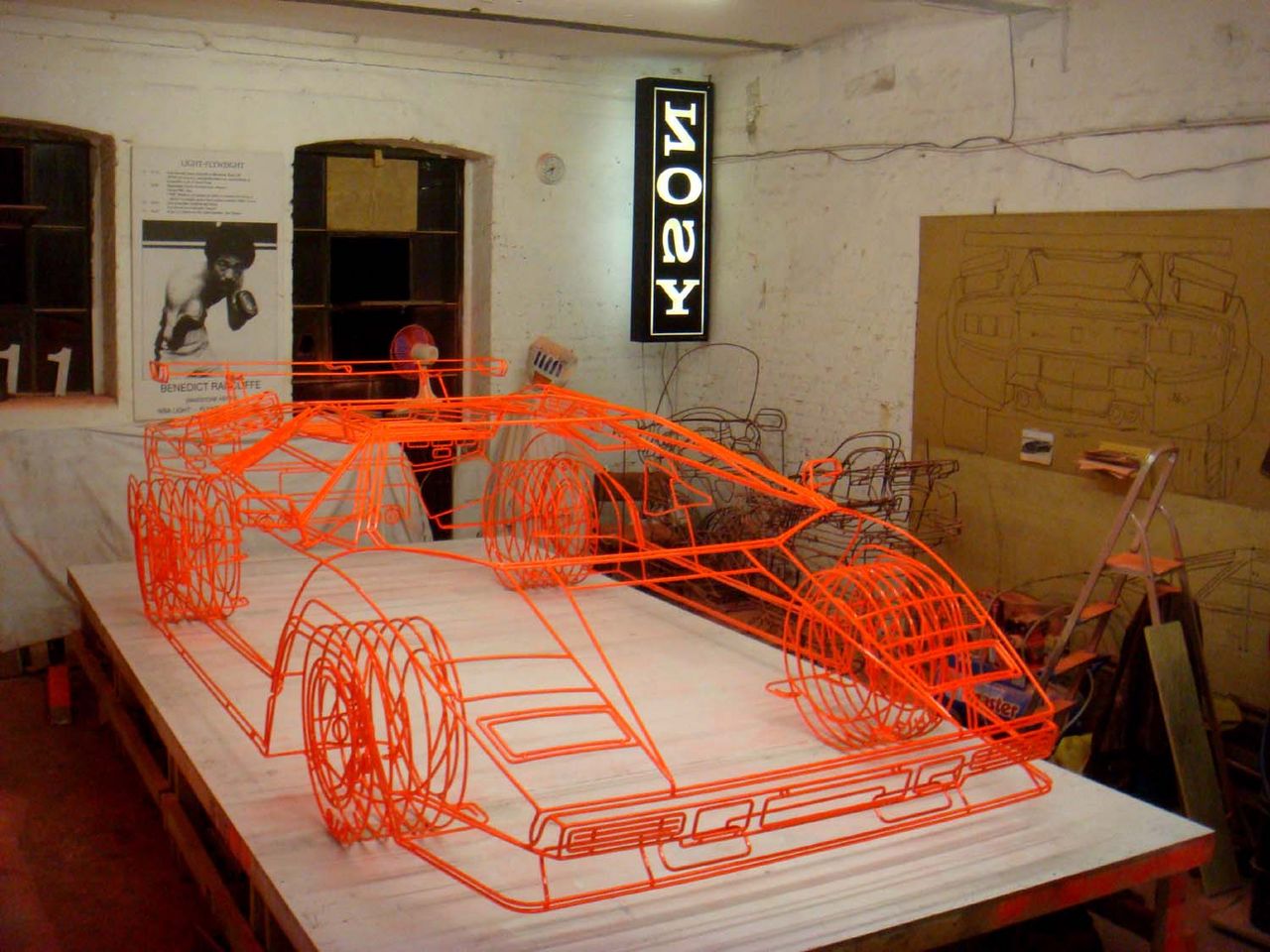 He used 160 feet of 10mm-thick steel rod to produce the creation, which he meticulously bent and welded into a life-like Koenig Countach.  It mimics all of the vehicle’s complex curves, with tons of unmistakable details (down to the Pirelli branding on the tires).  I mean, look at that front grill, those lines, that spoiler – all painted in a striking shade of flourescent orange.

Despite my protests, the piece could definitely be worth the price in perceived value.  After all, it’s a painstakingly-detailed 6 x 14 foot masterpiece that beautifully recreates the outline of the gorgeous supercar.  If nothing else, you can go around telling people it’s Wonder Woman’s invisible ride.

According to the artist, the wireframe Lamborghini Koenig Countach “allowed me to use all the skills I have learnt from my previous work as an architect, fabricator and artist.”  I have no doubt.  The thing is a true work of passion – absolutely stunning and utterly useless.  And one that someone rich enough would probably have a kickass time showing off in its very own room.