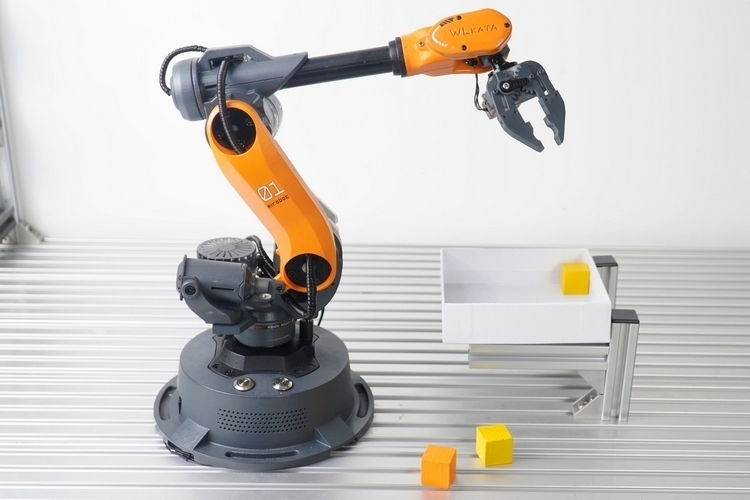 With their ability to execute complex movements, six-axis robot arms have long been the choice equipment for many industrial sites. Simply put, they’re incredibly versatile, allowing them to be programmed for a whole lot of applications. So if you’re going to get a desktop robot arm to tinker with, it might as well be a miniature version of those industrial machines. That’s exactly what we’re getting with the WLKata Mirobot.

A desktop contraption based on the ABB IRB 6700 industrial robot arm, the device allows you to play around with your own six-axis robot arm. Whether you want to build a tabletop factory, a weapon wielding robot, or a coffee-making automaton, this thing should let you do just that, albeit in a much smaller scale compared to their industrial counterparts. 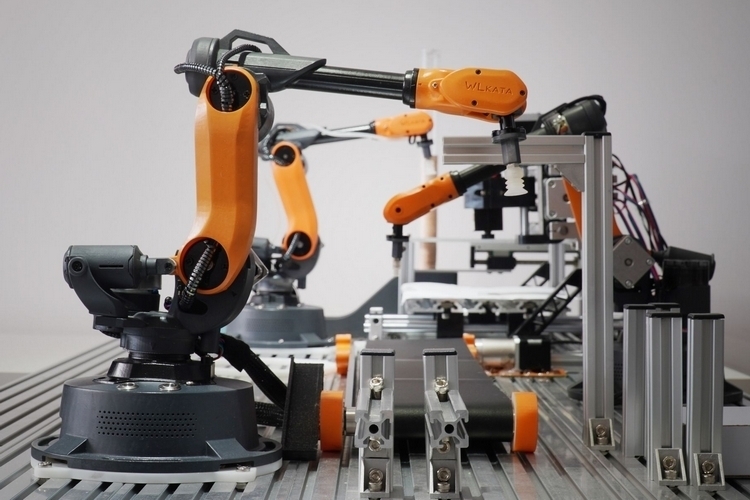 The Mirobot measures 10.6 x 8.7 x 6.3 inches, making it an ideal size for tabletop use, since you can keep one right on your desk, ready to mess with any time you feel ready for the task. Aside from having six-axis maneuverability, the robot arm boasts 0.2mm repeatability, so all those movements are done with high-precision, allowing you to use it for applications that demand an exacting level of accuracy. Suffice to say, while this will make a fun toy to experiment with, it can be used to accomplish some pretty serious tasks.

It has a joint speed of 110 degrees per second, so it can perform any actions you program at a satisfying pace, while the stepper motor’s control algorithm promises smooth and stable movement, with very little trembling compared to servo-based robot arms. Even better, the robot arm comes with multiple end effectors, allowing you to swap in a different tool at the tip of the arm, depending on what task you need to get done. These effectors include a micro-servo gripper, a pen holder, a suction cup, a pneumatic two-finger gripper, a universal ball gripper, and even a GoPro carrier, so you can program the robot to be some kind of automated dolly. According to the outfit, they’ll also release the interface drawings for the end effectors, so you can create your own add-on for the robot for even greater customization. 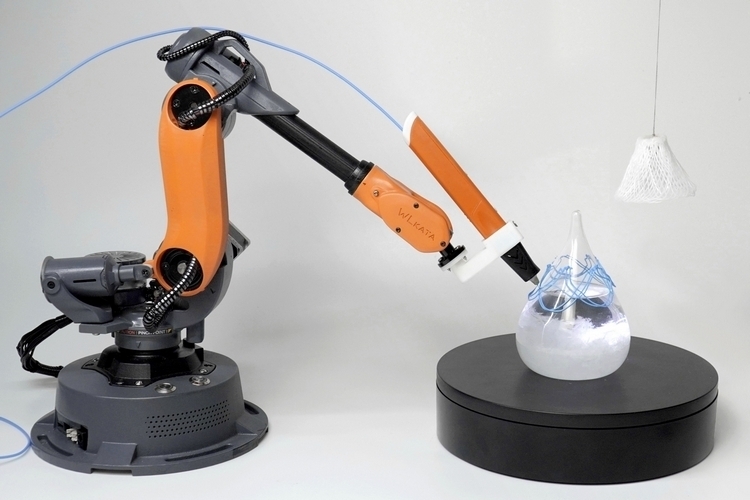 The Mirobot comes with a remote controller that you can use to control the robot arm in real-time, as well as a companion app that allows you to operate the robot from a smartphone. On the PC, an app called Mirobot Studio offers even greater control of the machine, with facilities for adjusting its individual settings, teaching it specific movements (record-and-play), and programming it to execute custom tasks. According to the outfit, it supports Blockly, G-Code, and Python directly from the interface, all while coming with an API that you can use to program it in C, C++, C#, and Java. And yes, it’s going to support open-source systems like ROS, V-Rep, Webots, and more. 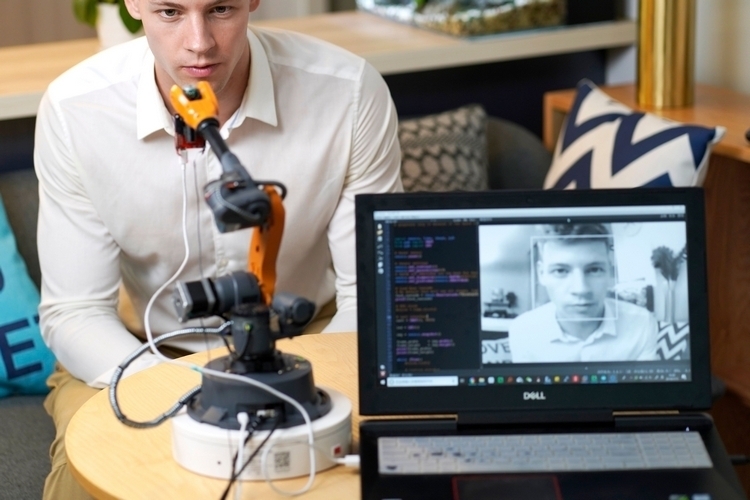 A Kickstarter campaign is currently running for the WLKata Mirobot. You can reserve a unit for pledges starting at $369.