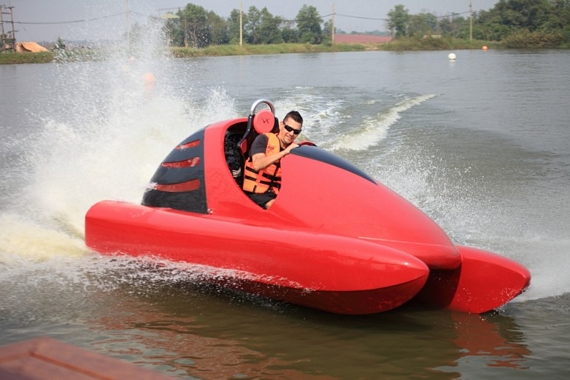 Go-karts are fun — there’s no point arguing about that.  What’s not to love about a tiny vehicle that can run laps around a track at high speeds?  So when someone creates a go-kart for the water, we imagine it’s going to be just as much fun.  At least, that’s what we’re hoping for with the Wokart.

A new recreational watercraft, it’s designed to drive like a car, complete with seating and controls that are going to feel familiar to the land-lubbers among us.  Making it even more attractive to watersports novices, it never flips over — at least, zero incidents so far over the last four years of development and testing the ride has underwent. 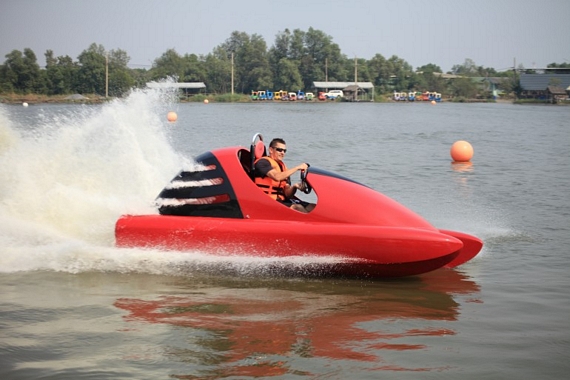 Unlike many recreational watercrafts, the Wokart is an outboard vehicle, allowing it to drive into places where jet-skis and similar rides simply won’t be allowed into.  Sporting an asymmetric catamaran layout, it’s designed to take a mid-mounted 70 hp outboard engine, which enables the go-kart-like performance and handling (it can do sharp 90-degree turns even at high speed) while it runs over water.  Top speed is over 40 knots (around 46 mph) on the recommended engine, although you can, of course, step things up with by mounting an even beefier powertrain.  Even better, the makers claim the ride experience won’t be as jarring to the body as with many types of high-speed personal watercrafts, as the centrally-located outboard is going to absorb majority of the bumps. 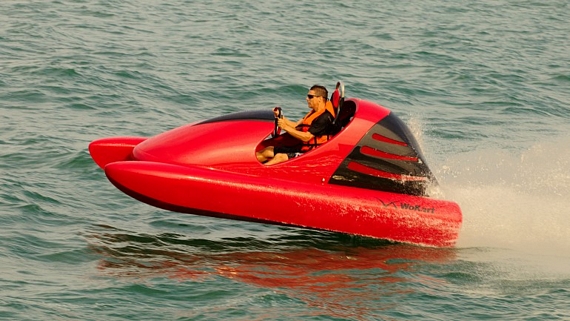 Production for the Wokart will begin in January, with sales to start soon after that.  Planned pricing, before adding your choice of engine, is €20,000. 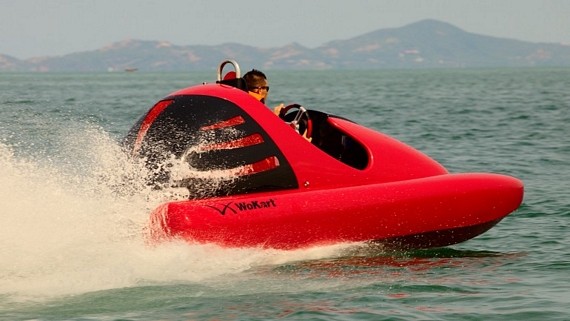 Check It Out  via Gizmag