Fire Safe: You Can Slip This Portable Fire Pit Into A Pocket On Your Backpack 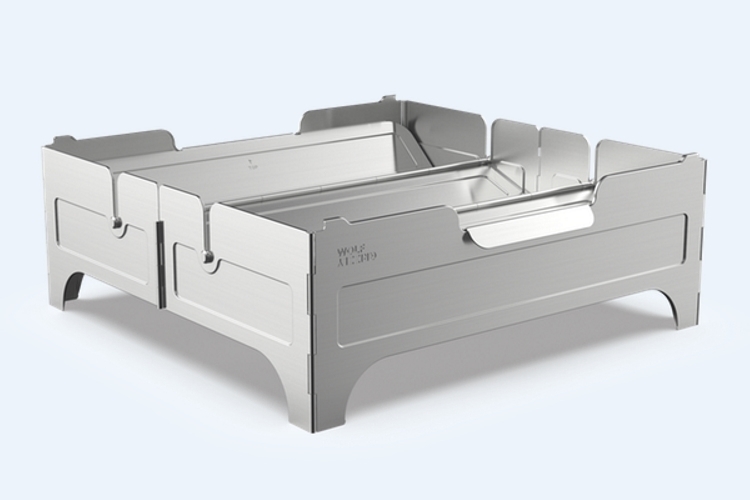 Starting a campfire when hanging out with friends at parks, beaches, and campgrounds is great. Problem is, they’re illegal in many places, making it mandatory to bring along a fire pit if you want to gather around a crackling flame. While most fire pits tend to be on the larger side, there are some portable options out there. The Wolf & Grizzly Fire Safe is one of them.

A foldable and packable fire pit, it collapses into a pile that measures approximately 11 x 3 x 1 inches (length x width x thickness), allowing you to slip it in an exterior pocket or strap it down outside your pack. Whether you want to start a fire while camping in the hills, relaxing on the lake, or just hanging out in the backyard, this thing should let you do that in a manner that complies with most laws on open-air fire. 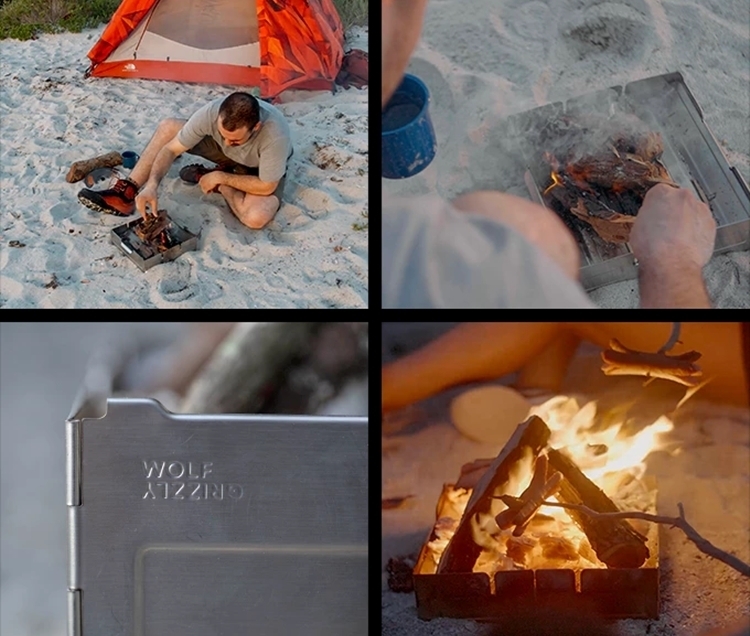 The Fire Safe consists of two parts: a rectangular stand with four legs and a burn chamber, with both components able to collapse into similar lengths, so you can pack them into the same pocket or pouch. When assembled, the burn chamber offers a fuel area that measures 11.4 x 11 inches, with a corrugated surface that both stabilizes the fuel and encourages airflow over the coals. It has a fuel capacity of 0.8 US gal, which should be enough to build a satisfying fire for a small group. Want something bigger? Throw in a second pit, a third pit, and so on until you get the size you want. Seriously, this thing packs down so small, it’s not that much of a hassle.

According to the outfit, airflow direction is optimized by the shape of the burn chamber, requiring 26 percent less fuel per unit of surface area than comparable products, while the stand’s slightly raised frames provide the necessary wind shielding to keep the wind from putting out the fire in its early stages. The corrugated design also allows you to add fuel in precise areas, allowing you to limit your fire in a specific position, in case you’d like to do that. 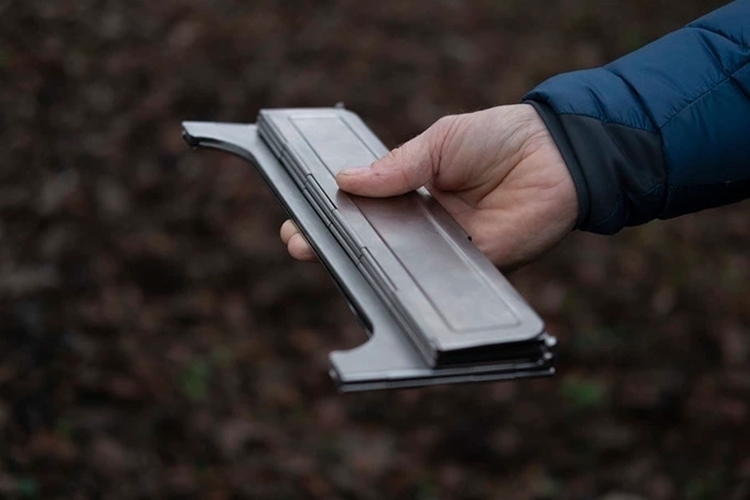 The Fire Safe, by the way, can be used for cooking, whether you want to roast hotdogs-and-marshmallows on sticks or set up grates for grilling on top of it. It should work with most any grate-and-stand combo you can find on the market, although Wolf & Grizzly, naturally, has their own that you can buy separately. After use, by the way, all the ashes should gather along the grooves on the burn chamber, making it easy to collect them for clean disposal. 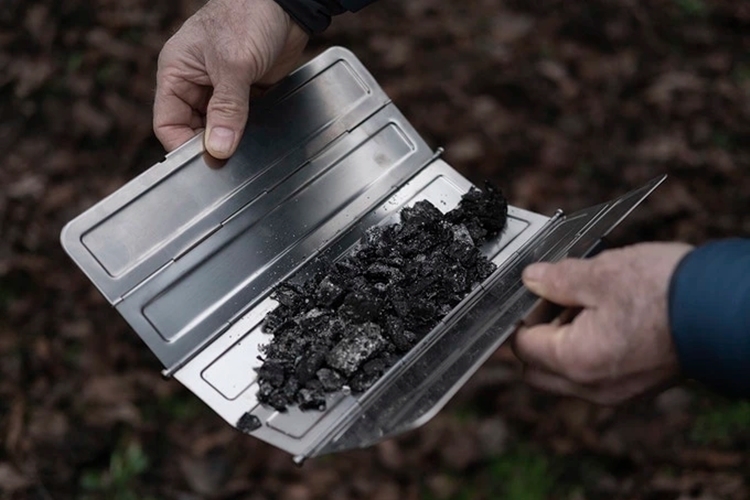 Both parts of the fire pit is made from 304 stainless steel, so this should hold up durably to the demands of the outdoors, all while coming in a nonporous finish that makes it easy to clean. Each set, by the way, comes with a storage case that has separate pockets for the frame and the burn chamber, as well as extra pockets for any accessories you decide to bring along. 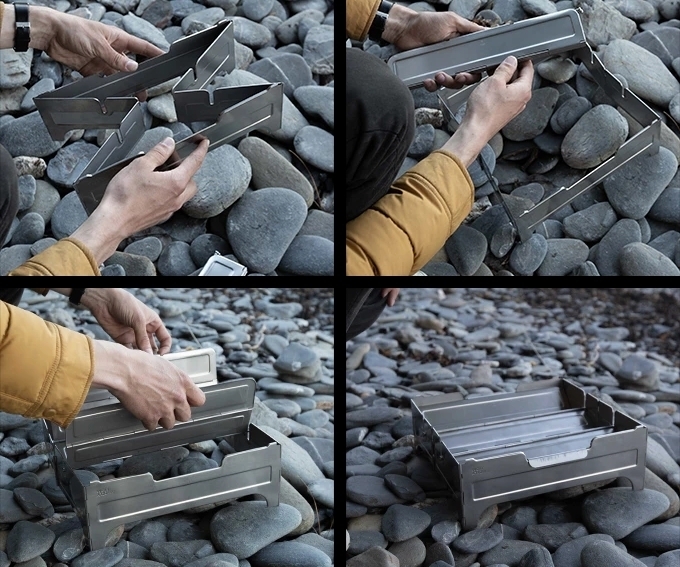 A Kickstarter campaign is currently running for the Wolf & Grizzly Fire Safe. You can reserve a unit for pledges starting at $60.