The Wolverine Motorcycle Suit Because Marvel Fans Ride Bikes Too 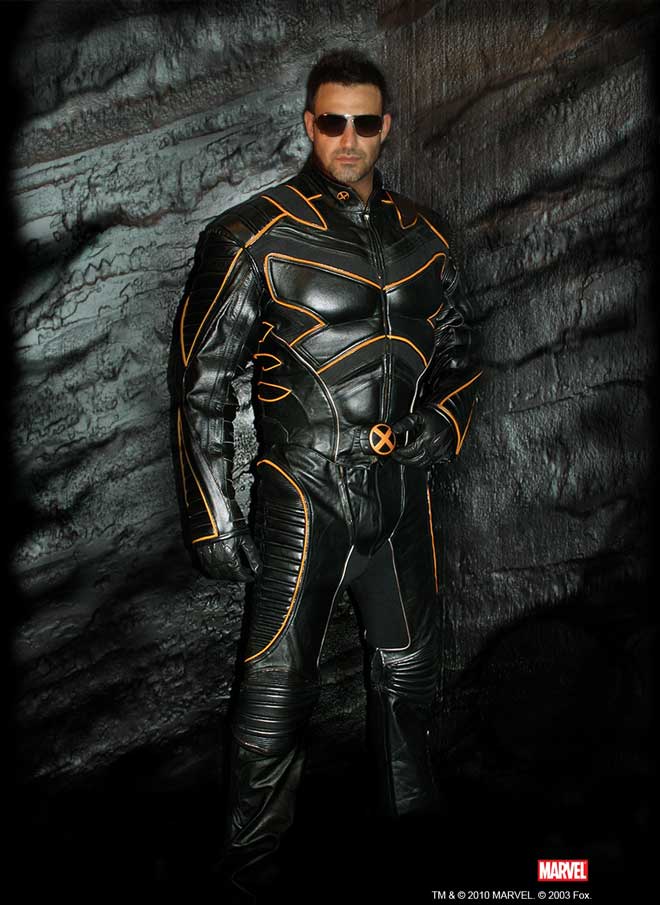 In a perfect universe (you know, like geek conventions), there would be absolutely no problem wearing a superhero costume in public. Especially one as awesome as the Wolverine Motorcycle Suit, an upcoming full body gear based on the Marvel superhero’s sleek threads.

Unfortunately for your comic book readin’ ass, rocking a superhero getup with no good reason for it is tantamount to social suicide. Of course, if you’re already a misanthrope to begin with, then you couldn’t care less. So go forth and indulge. It’s not as if not wearing one ever got you laid, right? Come on, lighten up. That was funny.

The Wolverine Motorcycle Suit is a faithful replica of that body-hugging outfit Logan toted around in X2: X-Men United. It covers the whole deal, from the X-Men jacket to the heavily-padded pants to the matching gloves. A metal buckle with the highly-conspicuous “X” logo is even included to make sure nobody misses the comic book reference. Just in case the chicks start thinking you’re cool, you know?

Created by UD Replicas, the handmade suit uses four different types of leather, all designed to bring as genuine a recreation of the original as seen in the film. It comes with CE-approved body armor (so you stay safe while rolling on your flaming scooter), anti-skid Kevlar on the gloves and a form-molded muscle suit sandwiched into the jacket (so you look like the muscle-bound superhero you’re supposed to be).

See that big, burly bear of man in the photo on top? He’s really just a skinny, little programmer on a steady diet of ramen noodles all day. Every single shred of machismo he exudes comes courtesy of the Wolverine Motorcycle Suit. Expect it to be available sometime late April.