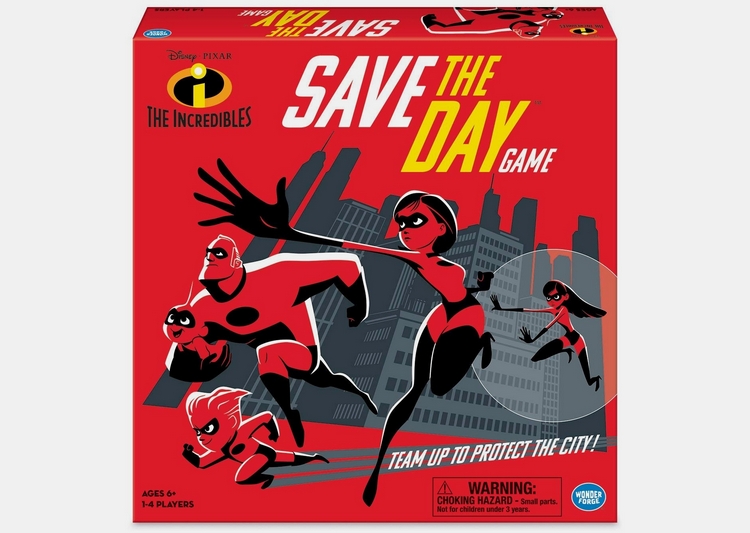 We don’t know why it took so long to produce a sequel to The Incredibles. What we do know is, we enjoyed the heck out of that movie. So much so that we still think of Metroville while chilling in the couch at home. If you’re the same way, you’ll probably want to pick up The Incredibles: Save the Day Game.

A board game based on the movie, the toy lets you play as a member of the superhero family, banding together with the rest of the squad to keep the city safe. That way, you can continue to immerse yourself in the Parr family’s adventures outside the cinema, whether you want to bond with the kids on a weeknight or spend some quality time playing games on a weekend.

While most board games pit players against each other, The Incredibles: Save the Day Game offers cooperative gameplay that either sees all players winning the game (by solving all problems in Metroville) or losing it (when unresolved problems remain at the end). It makes perfect sense, of course, since having the superpowered family fight against each other doesn’t sound like the kind of storyline anyone wants to see. Because you’re fighting against the board rather than other players, the game allows single player mode, which means you can bust it out during those nights you’re lonely and need a little Jack-Jack in your life to cheer you up. 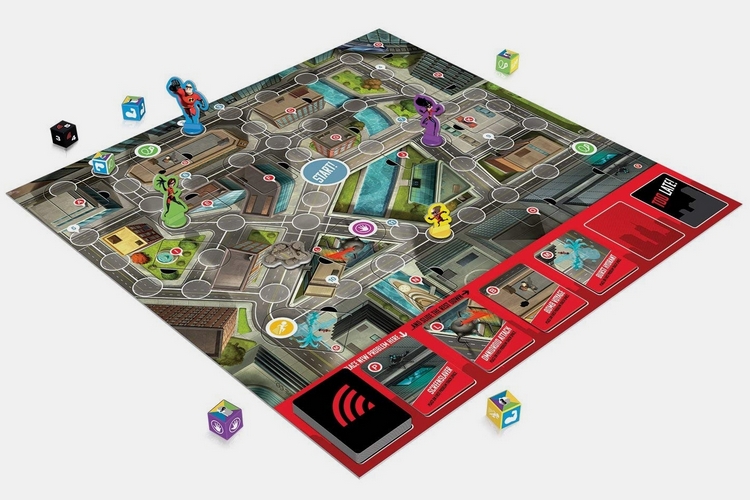 Up to four players can participate in each game, playing either Mr. Incredible, Elastigirl, Violet, or Dash. Everyone starts each game in the middle of the game board, upon which three problem cards are taken randomly from the deck. Once the problems are shown, you flip the parts of the board that correspond to those problems to let the players know what abilities (speed, agility, strength, or defense) are required to solve them. From there, players roll the dice to deal in order to save the day,

If a roll of the dice in The Incredibles: Save the Day Game reveals an alarm symbol, a new card is drawn, which can either help your progress or make life even more difficult. The different events the cards turn up vary greatly, from introducing new problems and creating roadblocks that cut off your movement to Frozone showing up to solve a problem all by his lonesome and Jack-Jack teleporting somewhere in the city. And, yes, resident scene-stealer Edna Mode is also in the game, occasionally appearing as part of the cards.

When you come across a problem, you roll the dice to see whether you can solve it. And, yes, different characters will do better with different problems, so make sure you cooperate and choose the right players for each one. Once a problem is solved, you can flip that card back down. If a problem remains flipped up when reaching the end of the track, you all lose the game. However, if all problem cards are facing down and Jack-Jack is with the family (instead of lost somewhere in the city), you all win.

The Incredibles: Save the Day Game is available now.