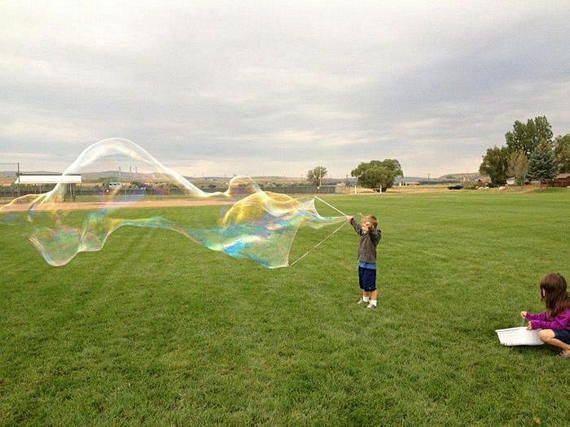 Sure, you can blow soap bubbles mixing simple solutions and using small cookie cutters you have lying around at home.  And while we don’t doubt they’ll make for plenty of fun, that fun isn’t likely to come close to the fun you’ll have with the giant 40-foot bubbles you can make using the Wonki Wands. 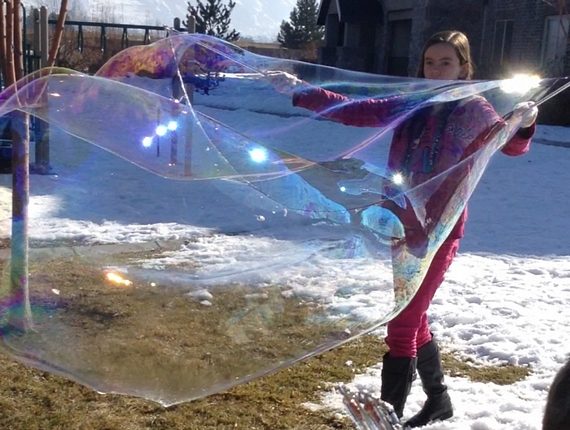 Wonki Wands employ a special bubble juice solution that allow them to create inordinately huge air pockets you can send flying through the air.   They’re keeping the specific formulation under wraps, of course, so we don’t know how they achieve the monstrous dimensions.  Heck, we might as well just say it was first whipped up by an alchemist in a medieval dungeon lab, where it was discovered by a team of archaeologists who initially thought they found the elixir to the fountain of youth (yes, they were mighty disappointed). 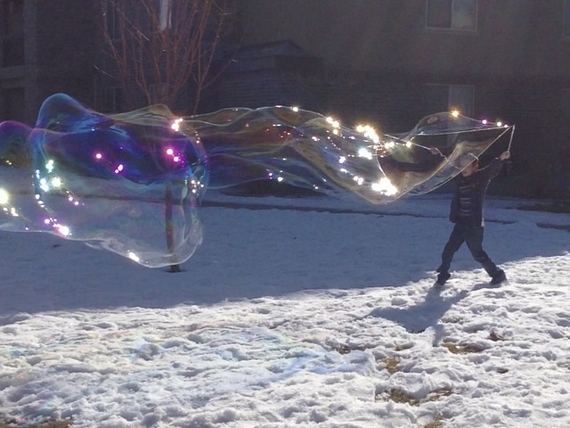 Currently, Wonki Wands is a successfully-funded Kickstarter project.  It’s still ongoing, with pledges to reserve a set starting at $24.