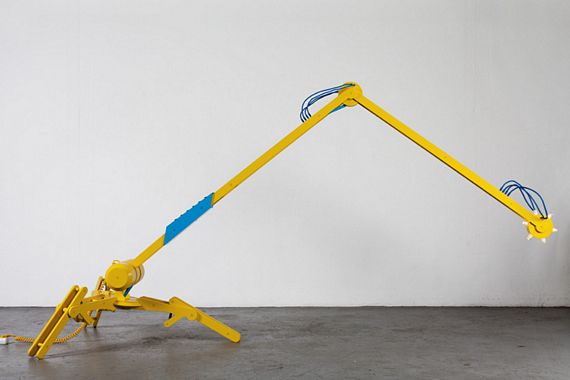 Digging sites and construction sites need to get themselves some lighting, too. And while there are plenty of industrial lighting solutions out there, we can’t help but feel none of them are anywhere near as suited to the surroundings as this floor lamp called The Worker.

Described as a “functional sculpture,” it’s created by artist Pascal Howe, who claims it was inspired while shopping around for a turntable.  We’re not exactly sure what a turntable has to do with the thing, but we don’t mind — this is as gorgeous an industrial lamp (even though it probably isn’t meant to be one) as I’ve ever seen. 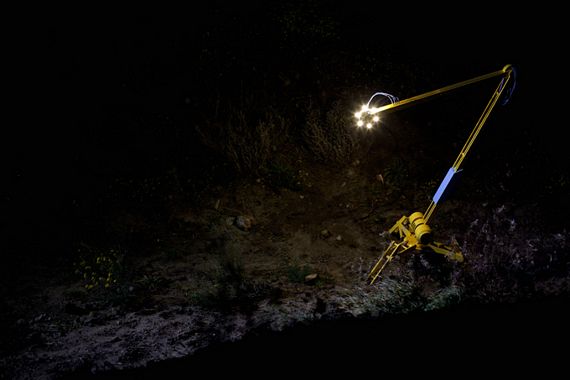 The Worker looks like a cross between those huge yellow tower cranes they use when building skyscrapers and a tripod-legged robot right out of sci-fi B-movies, with a long articulated arm holding a mass of LEDs at the end of it.  With the arm held straight up, the entire thing rises to over 4 meters tall, making it a good match for the motorized industrial behemoths normally found in building sites.    Seriously, if I set up an excavation to find hidden treasure buried 200 feet under the ground, this is what I want lighting our way. 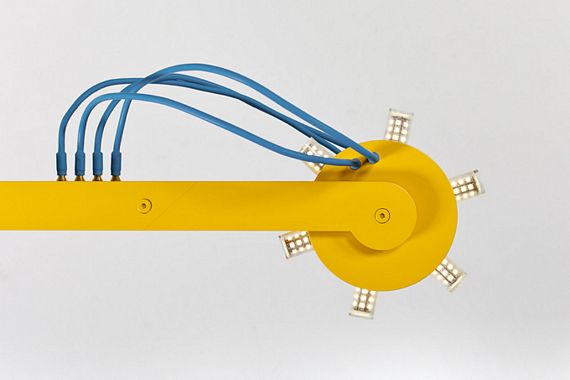 Want one?  Unfortunately, The Worker is just a prototype and, from the sound of it, isn’t likely to make its way to production any time soon.  You can enjoy the pictures from Pascal’s Cargo Collective page, though.