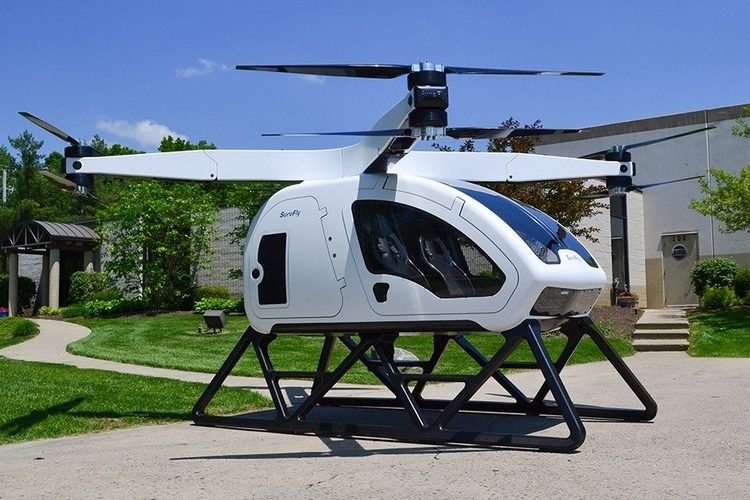 We’re big fans of Workhorse’s upcoming electric truck, which extends the reach of EVs to light-duty utility trucks. While that’s still a year out from coming to market, the outfit is, apparently working on a second product in the form of the Workhorse Surefly.

A passenger drone, it’s a VTOL aircraft that’s designed to serve as an alternative to helicopters, so you can hop from spot to spot while riding a whisper-quiet aircraft. The good news? You can actually use it to fly between different cities and, perhaps, state-to-state. The bad news? It has a maximum range of just 70 miles, so it will cover way less distance than traditional choppers, leaving it unsuitable as a full-time replacement, unless you’re willing to make multiple stops to hook up to a power outlet. 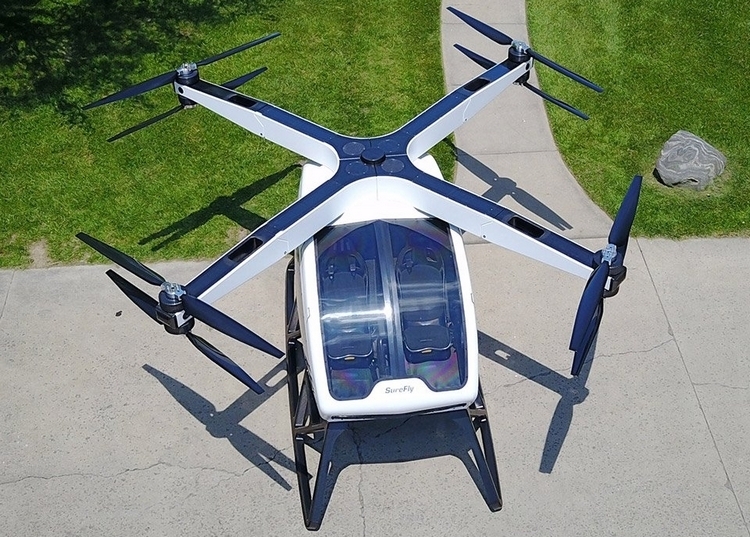 Like their pickup truck, the Workhorse SureFly runs on a hybrid design that combines electric motors and a gas piston engine. Eight electric motors running a propeller each allow it to take flight and cruise along the skies, while the gas engine charges the battery system whenever juice starts running low. That combo allows it reach altitudes of 4,000 feet, all while cruising at speeds of up to 70 mph, so it’s not that much slower compared to commercial helicopters, which typically fly at speeds of 80 to 100 mph.

For safety, all the electric motors and propellers operate independently, ensuring one can malfunction without affecting any of the other pairings, so the drone will keep on running even with multiple failed motors. It also comes with a redundant battery system that puts a backup always on the ready, with a ballistic parachute ready to deploy and land the drone safely in case of any emergencies. And, yes, even the computer system is redundant, so they really worked on everything that can possibly go wrong during flight. 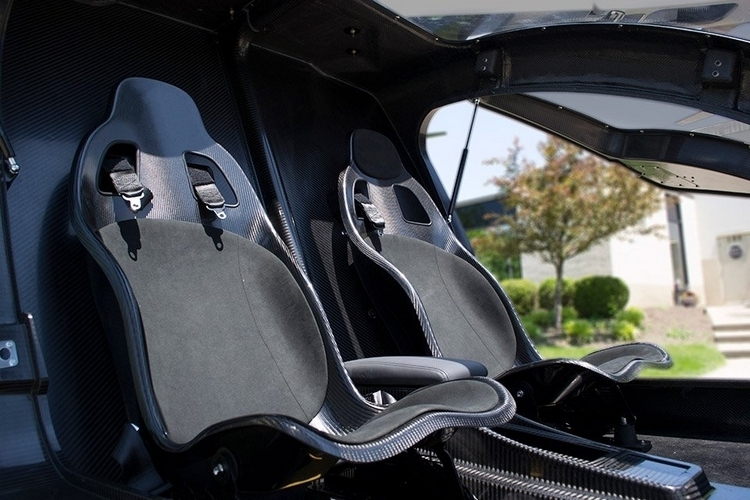 Unlike previous passenger drones we’ve seen, the Workhorse SureFly isn’t designed for unmanned autonomous flight. Instead, it requires a single pilot to always be in the cockpit, so the two-seater cabin can only accommodate one extra passenger at a time. As such, Workhorse seems to be pushing it as a traffic-free cargo delivery vehicle as much as it is a short-distance commuter.

Being a drone, they looked to make it as lightweight as possible, so both the fuselage and propellers are cut in carbon fiber.  Problem is, the darn thing still weighs a substantial 1,100 pounds, so it’s quite a heavy beast that you can’t quite easily push out of the way if you land it at the wrong spot. Yep, you’ll have to fly and stick the landing again. 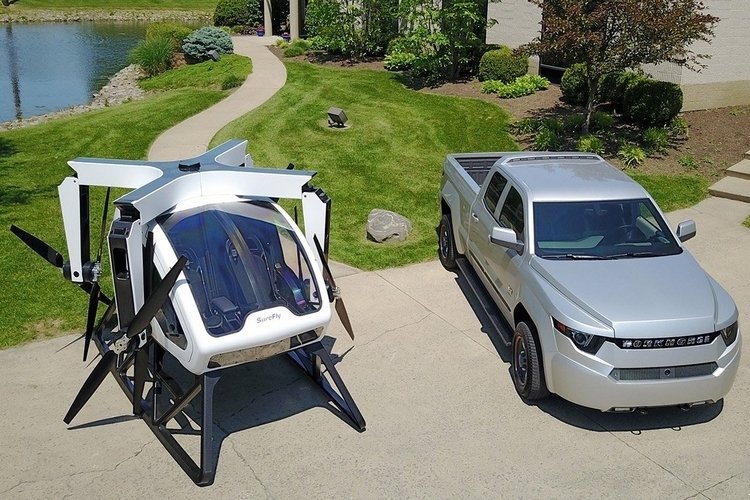 Designed to sit in driveways, the SureFly comes with blade arms that fold to the side, allowing it to be barely wider than large SUVs and pickup trucks when collapsed. Sadly, you can’t land on the bed of a pickup, so there’s no way to easily drive this into the garage.

Preorders are currently being taken for the Workhorse SureFly. Final price is expected to be under $200,000.