Watching drones fly can be an entertaining activity, but it can only hold your attention for so long until you get bored. That’s why some people battle their drones in an aerial fight to the finish. World of Air decided to do something else, opting to use their flying automatons as acts in the world’s very first drone circus. Yep, someone’s staging a circus. With drones. How can it not be awesome?

Organised by Fjuze in collaboration with the Royal Netherlands Air Force, the show will feature drones taking flight to host an aerial light show, accompanied with music, video projection, and various special effects. We’re guessing it’s similar to what we’ve always imagined an alien invasion will look like, except no one’s getting blasted by weaponized lasers and levitated into ships by giant tractor beams. Or something like that. 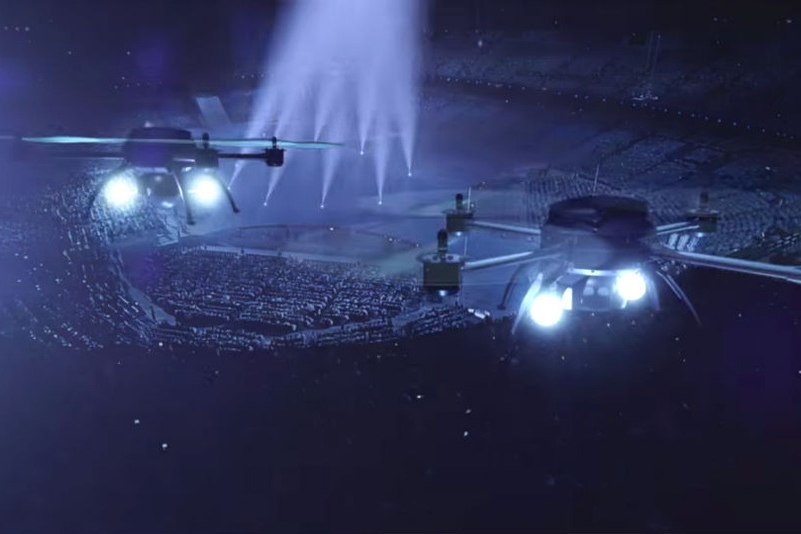 World of Air bills their event as a “high-energy and explosive show” that will see drones take center stage to help immerse the audience in 3D effects. While there are few concrete details about the program, they do say it will include drones ballets, drone battles, drone races, lots of lasers, and various aerial exhibitions. Will it be good? At this point, we have no idea. If they staged one of these in my city, though, I’ll definitely show up to find out.

The Amsterdam Arena will be the site for World of Air’s inaugural event at a still-unannounced date. Not a lot of information yet, but you can inquire directly from the organizers via question forms on their website.