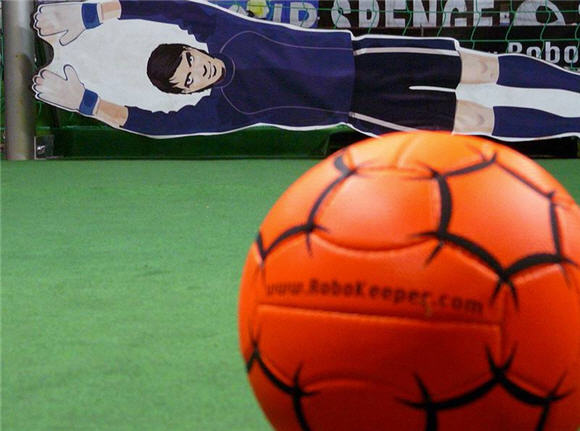 Robots have beaten humans at chess.  Now, they’re ready to beat them in the world’s biggest sport too – Soccer.  Meet Robokeeper, the world’s only impenetrable goalie.

While “impenetrable” is a strong word, it’s probably the only way to describe this sporty automaton, who its creators claim can outperform every single goalkeeper in the Champions League.  Of course, this pile of steel and electronics doesn’t get that good playing on a level field. 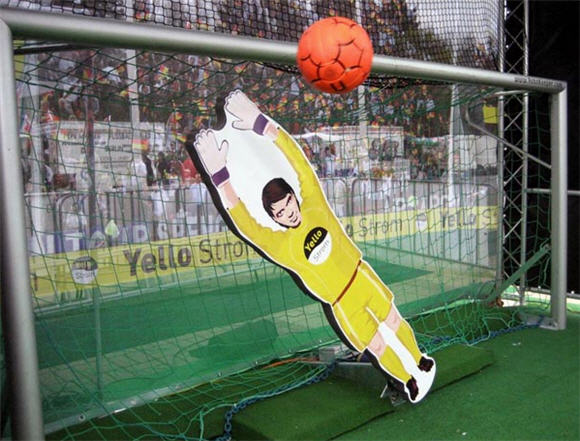 First, RoboKeeper can use every part of his body (which, by the way, looks nothing more than a life-size cutout of some dude with an underlook and a soccer uniform) to block shots.  While you’d probably think twice about about catching a ball with your face or your…gasp…groin, it couldn’t care less.

More importantly, the robot’s detection mechanism and enclosed playing court pretty much ensures it can stuff a kick every time.  It uses two cameras to snap an image of the ball, which it transmits to a computer every 1/50th of a second.  The system identifies the projectile’s complete ballistic curve, predicts the 3D position of where it is going and deploys the goalie to the right spot.  Impressively, that all happens in under half a second.  So unless you can kick a ball with a velocity that beats that speed, anything you throw is just likely to be deflected. 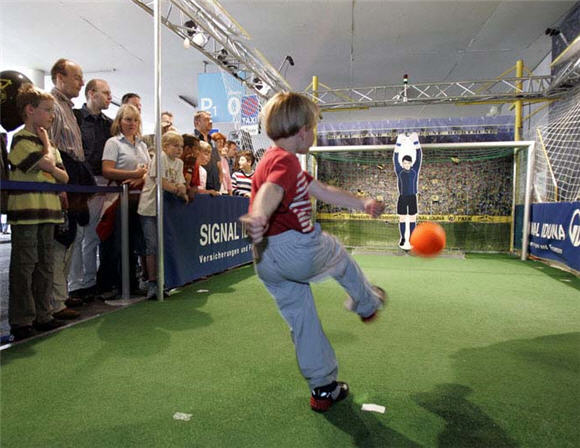 Obviously, RoboKeeper makes for a neat attraction during parties and events.  They’re also pimping its ability to help train players, although I don’t know how fun of a sparring partner it will be if it always kicks your ass.  It’s currently available for rental from German company 4Cologne.  You’ll need to contact them for pricing and other details.