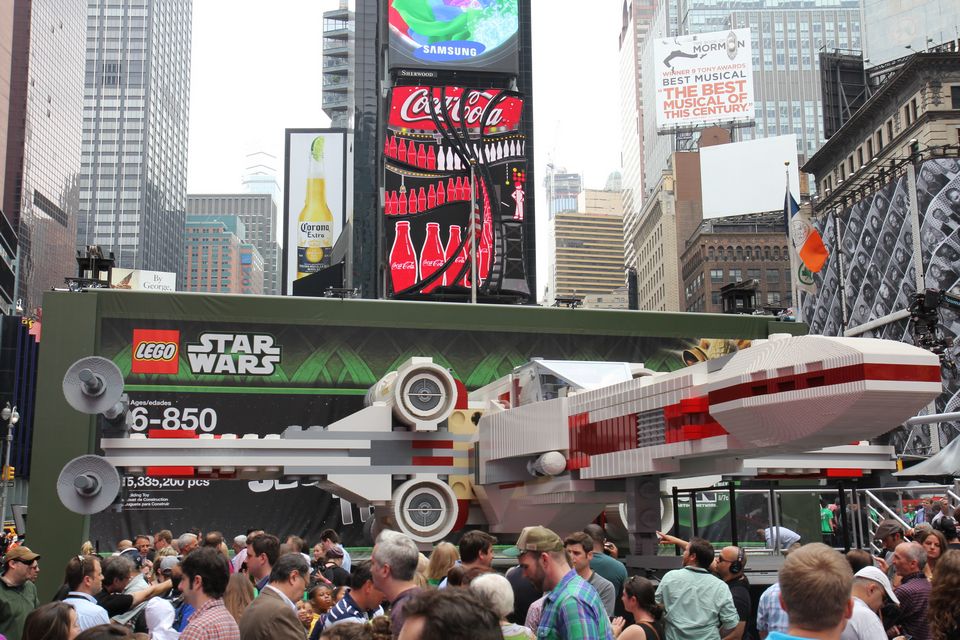 We’ve said it once, we’ll say it again: make something very huge and it becomes indomitably impressive. Apparently, the same thing is true with LEGO sets because this gigantic LEGO Star Wars X-Wing Starfighter brings a whole bundle of awesome.

A replica of the assault spacecrafts bearing the X-shaped wings from the Star Wars universe, it’s been built to a life-size 1:1 scale, measuring 11 feet tall and 43 feet long, with a 44 feet wingspan. Oh yeah, it weighs a massive 45,980 pounds, so we won’t be surprised if they commissioned the Hulk (or maybe rented a real Starfighter) to actually set it up at Times Square. For reference, if you have the LEGO retail set for the Star Wars X-Wing Starfighter, then this thing is 42 times bigger than that puny toy sitting in your shelf. Pfft.

Easily the biggest LEGO set ever created, the LEGO Star Wars X-Wing Starfighter is built using an insane amount of bricks — 5,335,200, to be exact. It took 32 builders 17,336 manhours (about four months) to put it together at the LEGO Model Shop in the Czech Republic before being transported to Times Square for the undeniably grand unveiling. While it looks completely done up in LEGOs, it actually isn’t — the contraption actually uses a steel frame that was then covered completely in bricks. According to LEGO, the model has been “heavily engineered” to ensure the entire structure will survive both transport and extended stays in the areas where it’s going to be exhibited.

Currently sitting at Times Square where it will stay until Saturday, the replica is big enough to fit children in the cockpit (maybe adults who want to act like children, too), where a photo booth awaits to immortalize your moment inside one of the Rebel Alliance’s attack ships. For added amusement, the ships come with buttons in the back that will play memorable sound effects from the films when pressed.

Basically, this thing is so big, you can probably take it to space and kill your own Death Star. Well, if it had a working engine. And life support. And real weapons. And if plastic LEGO bricks can survive space conditions, that is. Yeah, probably not. If you can’t make it to Times Square to see the LEGO Star Wars X-Wing Starfighter in person, you can still catch it later when the massive creation lands at the grounds of the LEGOLAND California Resort.

Don’t forget to check out the huge photo gallery and unveiling video below. 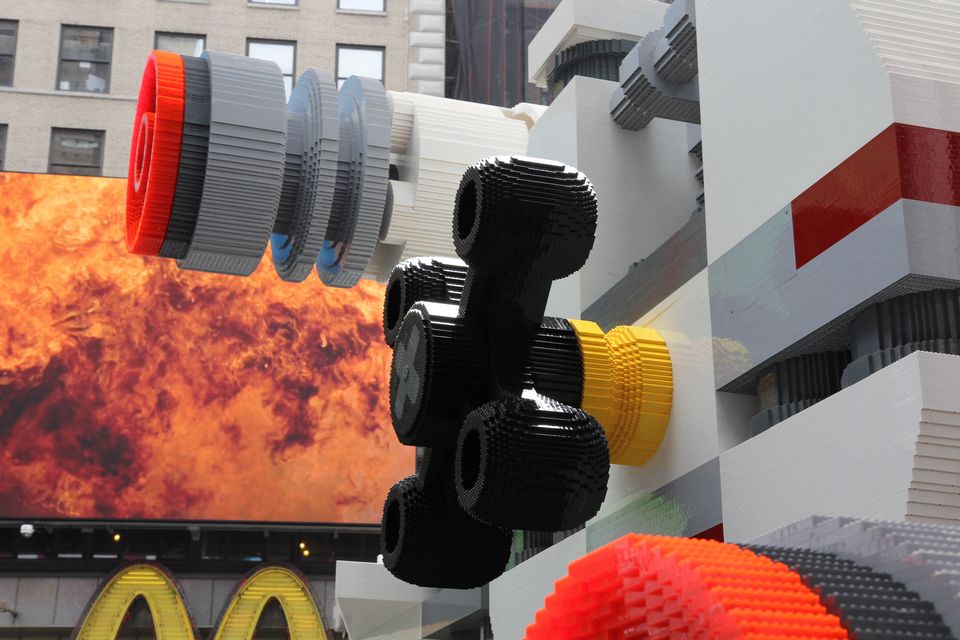 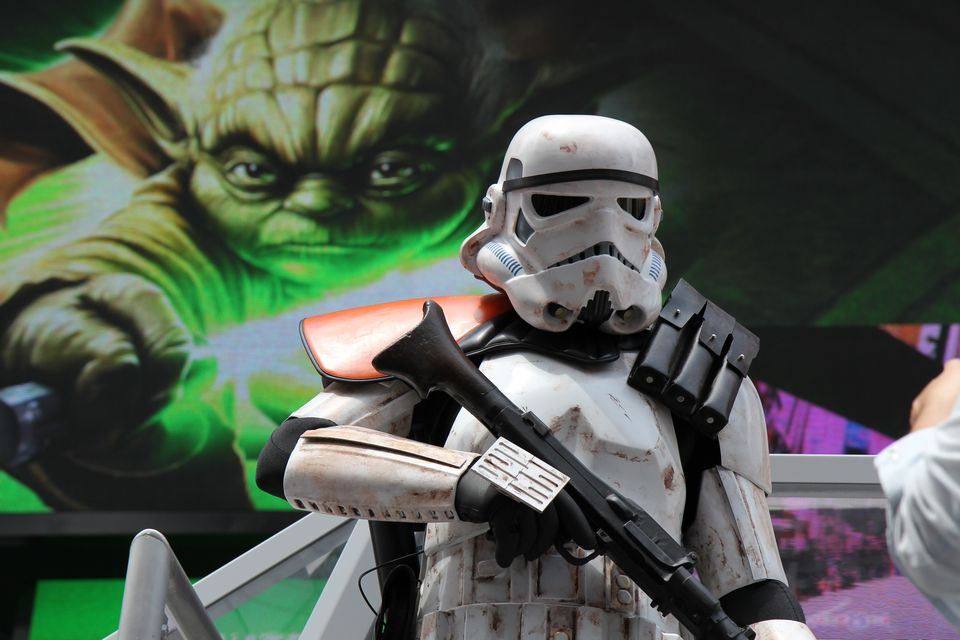