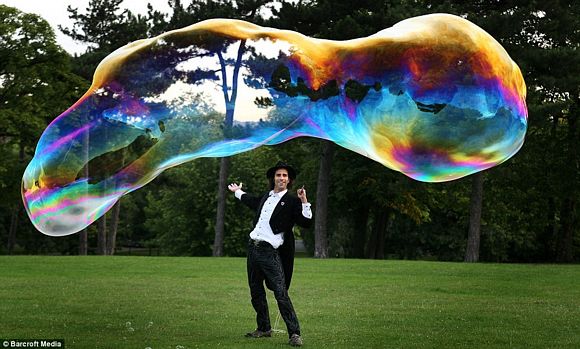 Awww, you still play with soap bubbles?  Now that you’re all grown up, don’t you think it’s time that your soap bubbles grew up with you?  That certainly seems true for Samsam Bubbleman, a 37-year old London entrepreneur, who thinks he’s created the largest one in the world.

The record-setting soap bubble reportedly measured 20 x 5 x 5 feet at its largest and is currently awaiting official confirmation from the Guinness World Records.  According to the creator, he managed to create the free-floating giant with a unique bubble solution and a piece of rope tied between two sticks.

Samsam, whose real name is Sam Heath, created the bubble as a promotion for his company Bubbleinc.  The ten-man operation sells bubble mixtures (using their proprietary formula) and equipment, apart from renting their services for public and private performances. 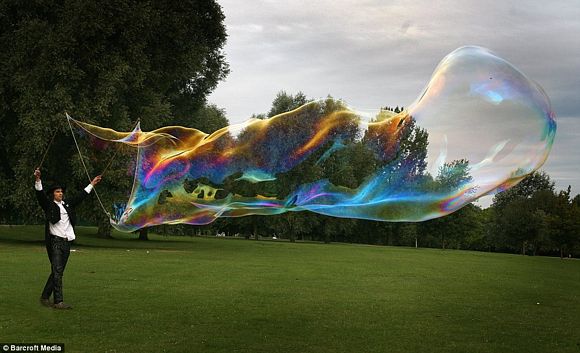 Hoping to build soap bubbles that big?  Unfortunately, it won’t be that easy.  Bubbleinc is keeping a tight lip on their formulation, as the mixture is actually the secret to their success.

According to Heath, “With the right stuff, you can make big bubbles with anything – a coat-hanger or even just your hands.”  That means, you’ll have to throw money their way, if you want the same gargantuan floating suds in your next house party.  Looks a heck of a lot of fun, though.