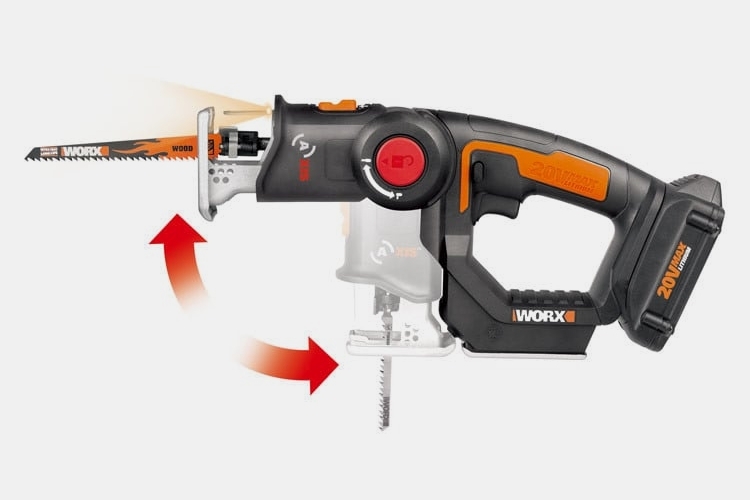 If you’re shopping for either a jig saw or a reciprocating saw, there’s no shortage of powered options in both corded and cordless varieties. Instead of buying either one, though, the WORX Axis Saw gives you both functions in just one tool, allowing you to save some space in the toolbox while being equipped for more DIY jobs.

That’s right, this powered saw can function as both a jig saw and a reciprocating saw, allowing you to replace two tools with just a single unit. Even better, converting from one type of saw doesn’t require assembly like it does with modular tools, as that can be done with a single motion, allowing you to go from one saw to another in a literal second. 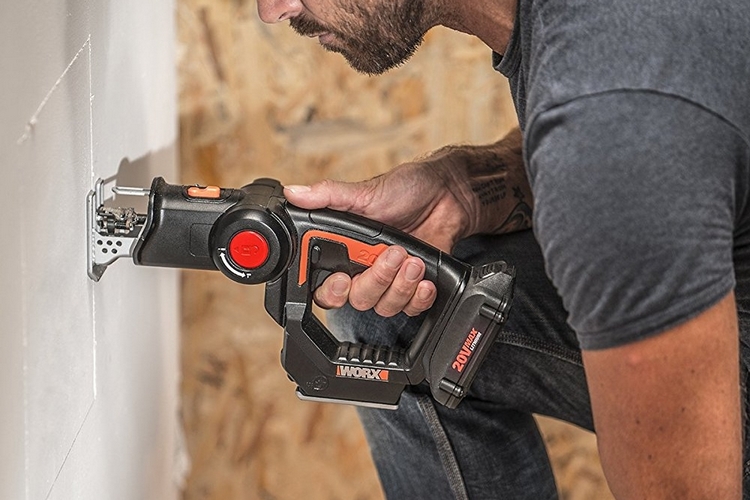 The WORX Axis Saw is able to transform from one saw to another using a simple trick: it has a head that can be tilted by 45 degrees. That simple function allows the blade to be oriented horizontally one moment and vertically the next, allowing it to transform from a jig saw to a reciprocating saw and vice versa in one simple action. Just press the big red button to unlock the head, tilt it however you want, and you’re ready to get to work either with a jig saw or a reciprocating saw in hand. It can also perform both orbital and linear strokes – just flip the switch on top of the device to go from one to the other, making it perfectly usable for any kind of job in both of its configurations.

It’s designed to accept any brand of reciprocating saw blade and T-shank jigsaw blade, so you just pop in whatever specific blade you need for a job and start cutting into stuff. With the right kind of blade, the tool’s motor should be strong enough to let you rip through everything, from wood and plastics to fiberglass and tiles to thin steel and tree limbs. That motor, by the way, is located on the left side of the power tool’s body, allowing both the motor and the gearing to rotate simultaneously without getting in each other’s way. According to the outfit, this eliminates the most frequent causes of slippage and misalignment, allowing you to make cleaner and more efficient cuts. 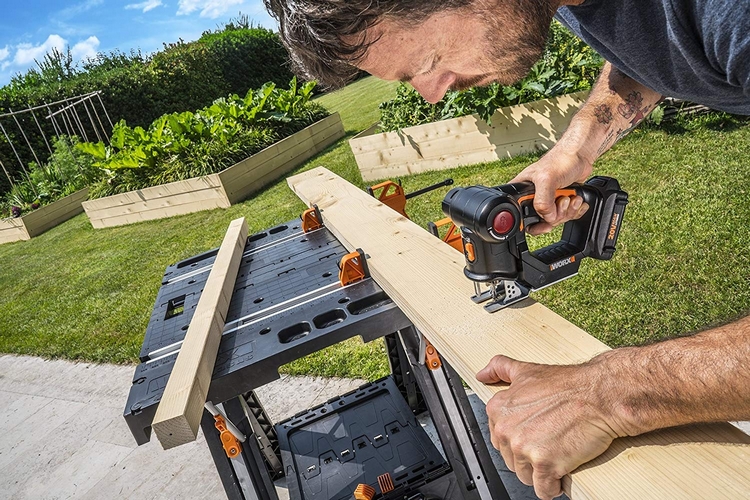 The WORX Axis Saw also has a built-in dust blower, allowing you to quickly clear away all the saw dust on the material you’re working on, so you can see what you’re cutting clearly without having to take the time to manually brush off all the dirt. Heck, you can probably have the dust blower running the entire time you’re cutting, so any dust automatically gets cleared away, ensuring continuous visibility for any cutting project. 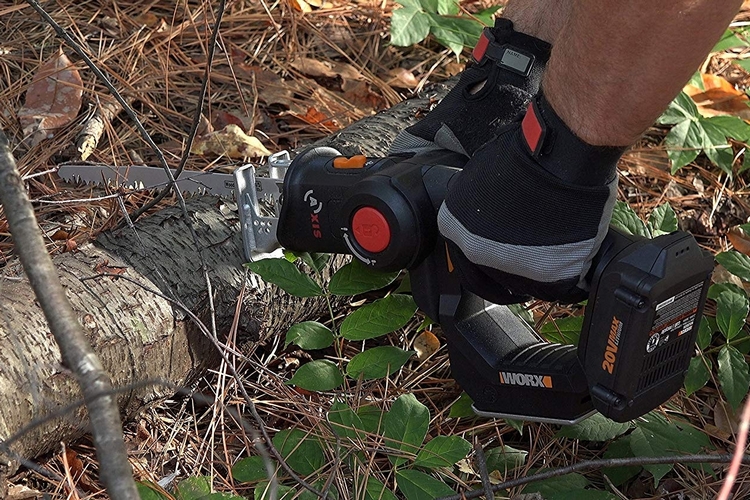 As with most of the outfit’s newer tools, it runs on their detachable 20V lithium-ion battery, so you can simply swap in a new module if ever you run out of power in the middle of the job. There’s a battery indicator, by the way, so you know exactly if you might need to look for that spare module, as well as a LED light, for those times you’re doing your cutting in a badly-lit space. 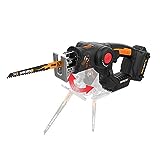