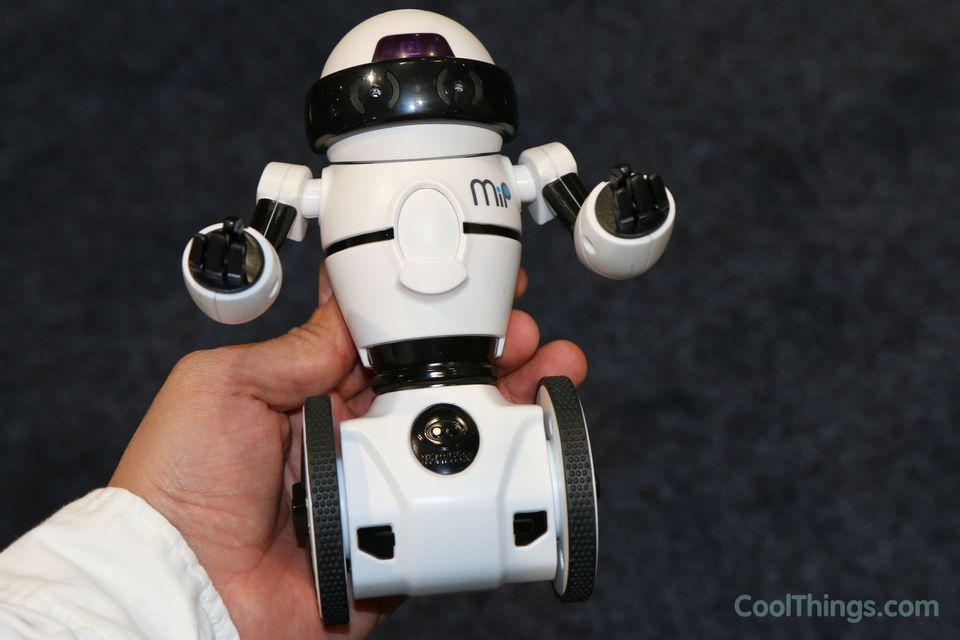 There weren’t a lot of robots at CES this year. Those that were in the floor, however, were plenty of fun. One of our favorites from the show is the WowWee MIP.

Like many modern toy bots, the goofy-looking automation can be controlled from a smartphone. Unlike them, however, it also allows you to control the robot’s action by using hand motions and object movements. That’s right, it’s a robot that can understand gestures, allowing you to lead it around like a little puppy. Well, an excited little puppy with ADHD who likes to spin around, keel over and do other interesting stuff. Now, imagine a tarantula robot reacting the same way — yeah, like it’s trying to kill you or something. Fun.

Developed in partnership with the Coordinated Robotics Lab at the University of California, San Diego, the WowWee MIP’s body is perched atop a pair of Segway-like wheels, so its body can lean forward and backward during movements. Armed with a self-balancing mechanism, it can spin in place, make sudden turns and carry objects on its arms without falling over (it comes with an included tray for carrying larger items). The robot is stable enough that it can carry the weight of another MIP, too, so you can use it to ferry small items around while doing its ADHD robot thing.

It comes with multiple playing modes, including dancing (its version of dancing anyway), tracking (have it follow one of your limbs around), roaming (basically, an autonomous roving mode), performing tricks (100 preprogrammed commands), and various games (including multiple bot battles). Oh yeah, if you put multiple robots together, you can have them dance in tandem to stage your very own robot rave party.

The WowWee MIP is slated for release in May. It’s now on preorder, priced at $119. 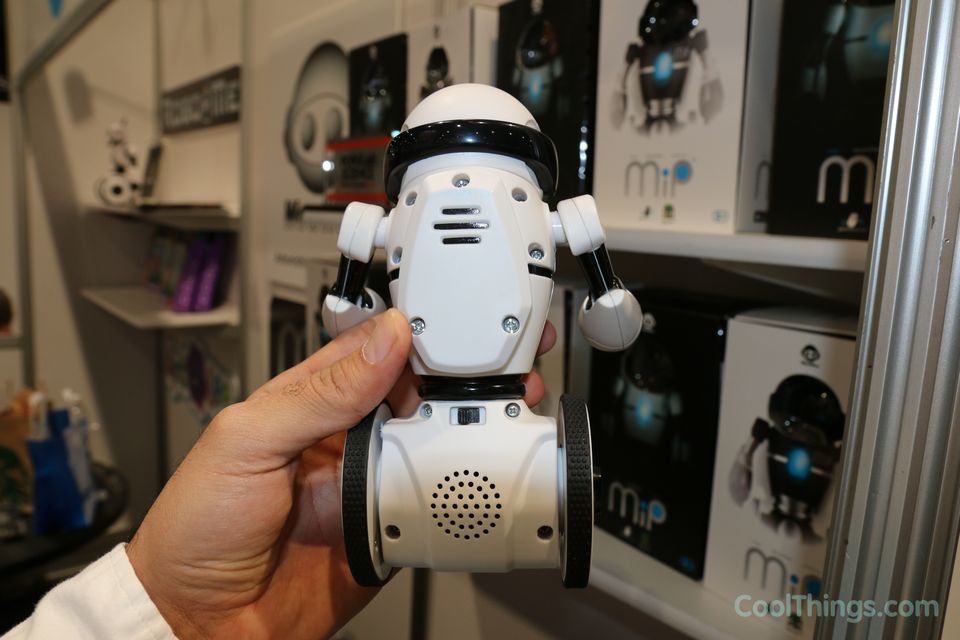 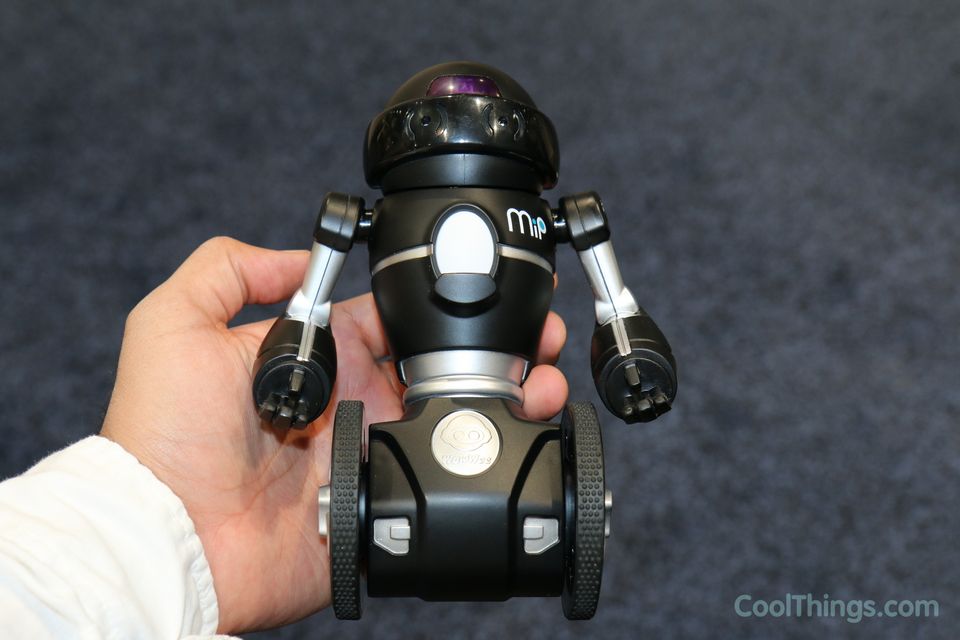 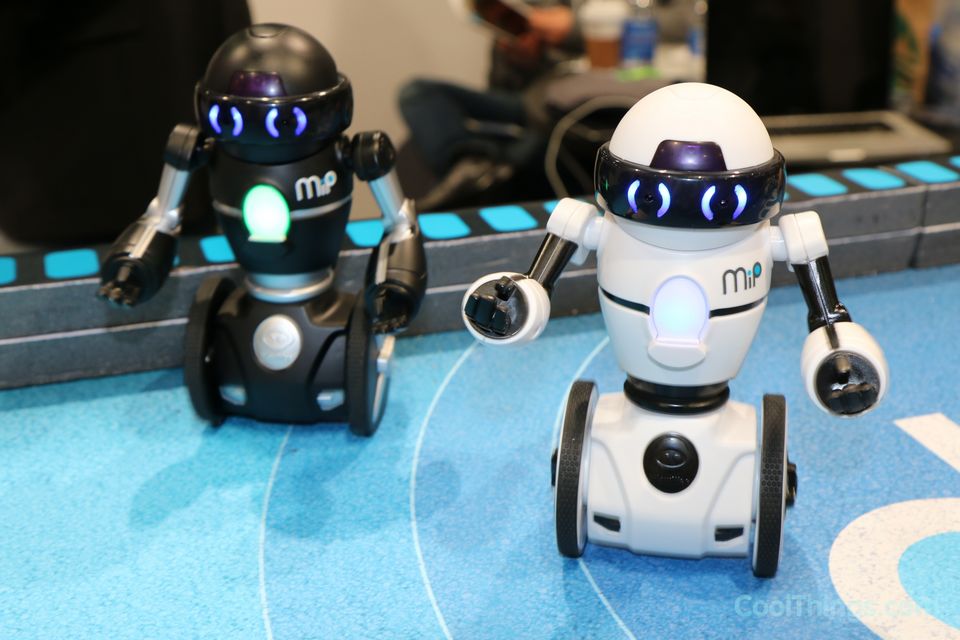