Wrap-a-Nap Is A Pillow, Blindfold And Earmuff In One 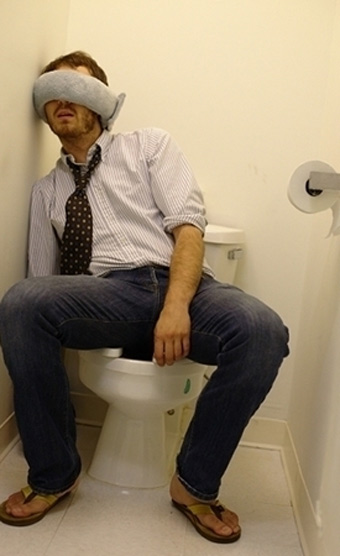 Like taking a powernap in odd positions while at strange places?  Here’s the loyal companion you’ve been missing all this time: the Wrap-a-Nap.

Granted, it looks like a joke product dreamed up by some clever dork for shits and giggles.  Except it isn’t.  A closer inspection actually reveals a genius innovation that can literally change your sneaky sleeping habits.  As in, you will likely get a lot more of it. 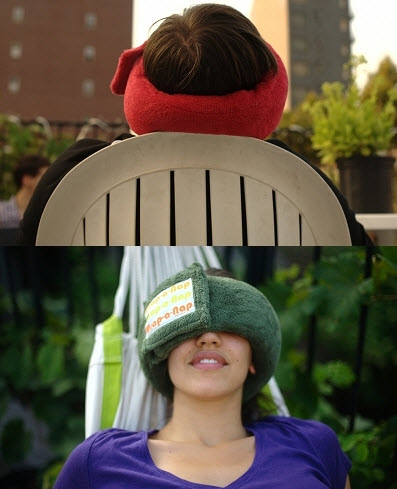 The Wrap-a-Nap is a long belt-like pillow that can wrap around your head.  In doing so, it brings a triumvirate of functions that make sleeping anywhere a plausible affair.  Designed to cover both eyes and ears, it blocks out light like a blindfold and drowns out noises like an earmuff, with the added convenience of 360 degrees of pillow protection.

It’s made from plush minky fleece and squishy polyfill to provide gentle softness, with extended Velcro fasteners to accommodate a variety of head sizes.  According to the website, you can also wear it around your forehead for use as a reading pillow and around your neck for support while you’re working.  And those, by the way, are the two things you tell your boss when they ask you why you have one.

Seriously, the Wrap-a-Nap sounds brilliant.  It literally could make sleeping a less-difficult affair in a plethora of situations — like when you’re pinned against a window, hiding in a toilet cubicle or locked inside the trunk of a car by a Russian assassin.  Just make sure to ask the Russian assassin nicely if you can bring one.  It’s available now, priced at $14.99.